On Kim Delaney's seed farm in Palmerston, Ont., the peppers, the tomatoes and the more than 100 varieties of vegetables she grows have had to cope with a lot of rain this season. That means at the end of the summer, the finest specimens she'll choose to collect seeds from – that she'll package and sell to her customers to plant next year – will hold the genes they need to thrive in rainy weather. And because she's been growing seeds for the past 13 years, what she produces will also be primed to do well in other conditions, too – even droughts.

"Last year we had five and a half weeks without rain and this year we have rain every two days. So, the genes in the plant populations I am collecting are constantly adapting," she says.

By going through her fields and selecting the seeds from plants that have the characteristics she's looking for – including taste and colour – Delaney is building a truly Canadian collection. That is, vegetables that are adapted to the climate and geography here – and taste like they are grown in our soil, too.

This is incredibly rare.

Whether you're planting a backyard veggie patch or running a farm, there's little choice when it comes to seeds. Most of the vegetable seed supply for sale is of limited genetic diversity, with most companies importing their product from the same farms, says Bob Wildfong, executive director of Seeds of Diversity Canada, a small non-governmental organization that is part of the Bauta Family Initiative on Canadian Seed Security, a program launched this summer by USC Canada to nurture the local seed industry.

And this makes our seed supply – and by extension our food – vulnerable to disease and to climate.

"With climate change, we need a huge gene pool and a bit of variation so the plants can respond to the changing conditions," says Delaney.

Over the last several decades, the global seed industry has consolidated, shrinking the number of places where seeds are produced to a few specific areas. Now, a small but growing movement of seed farmers across Canada – of which Delaney is a part – isbuilding a domestic industry to provide consumers with choice.

Still, whether you buy your seeds from the supermarket rack or order from a catalogue, they are likely originating from the same place. According to Angus Mellish, seed manager of Veseys, a shipper/handler of organic seed headquartered in Prince Edward Island, the majority of carrot seeds come from France and Italy, whereas peas, beans, spinach and other greens are produced in the U.S. Northwest. Most cucumber seed is grown in California. Hybrid peppers and tomatoes that require labour-intensive hand-pollination are produced in Vietnam and China, where wages are low.

And broccoli, says Wildfong, comes from Mexico. "Have you ever noticed that your broccoli always looks the same?" he asks. "The reason is about 90 per cent of broccoli [seed] is grown on one farm in Mexico." The vast majority of the world's broccoli, therefore, looks the same, tastes the same – and grows best in Mexico.

This consolidated seed production has led to a loss of choice for both growers and eaters. According to a report on the state of the world's food plant genetic resources, put out in 2010 by the United Nations' Food and Agriculture Organization, when companies consolidated their operations, they stopped producing many food varieties. The Iowa-based Seed Savers Exchange found that of the roughly 5,000 non-hybrid vegetable seeds that were available in North America in 1984, only 43 per cent were still on the market 10 years later.

When farmers are limited in what seeds they can plant – even the small organic farms that are the backbone of the Canadian local food movement – the consumer is limited, too. "When you are buying that local broccoli or lettuce, odds are it's not a local seed that produced it," said Jane Rabinowicz, director of the Bauta Family Initiative. "This is at the heart of our food supply. If you eat food, you should be concerned about this." She says that if we want a food supply that is resilient to the extreme weather events that scientists say will grow increasingly common with climate change – such as this summer's rains – then we'll want our food plants to have the genes that allow them to thrive in different conditions.

And different varieties mean different flavours, too. Delaney tastes every single vegetable they take seed from to make sure it's good – even if it means slicing a cheek off each of their 800 beets to sample. "A large company doing 300 acres of beets for the world market [is] not going to do that," she says.

All this added work is exactly why the world's seed companies have moved in the other direction. According to Mellish, global seed production is set up this way because it is easier. "There are places in the world that are well adapted to growing vegetable seed," he says. Spinach, for example, thrives in humidity, whereas broccoli does well in dry heat. And beet plants, which are often produced in Asia, need two seasons to produce seed, a fact that makes harvesting them difficult in climates like ours, where the plants don't overwinter well. His company, therefore, sources seeds mostly from around the world.

However, with ease has come a trade off. "What if some disease hits that one [broccoli] farm?" asks Wildfong. "We'd lose 90 per cent of the broccoli in the whole world."

Still, while more backyard gardeners have been switching to small seed companies, farmers haven't been so keen. The big seed companies might offer a homogeneous gene pool, but it is typically a reliable one.

That's why USC Canada, an NGO that normally runs development programs in countries such as Nepal and Honduras, is focusing efforts in Canada. Through research at the University of Manitoba, training and education, as well as marketing initiatives, their hope is to cultivate a domestic seed industry so that the farmers who grow our food will use Canadian seeds, too.

Mellish, for one, is excited about the new varieties being bred here. "When some of these big companies develop a new broccoli, they aren't thinking of Canada at all," he says. "My primary loyalty is to my customers." 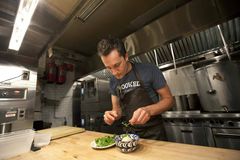 Seven reasons why sauvignon blanc is sexy this summer
July 9, 2013 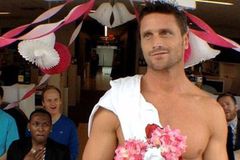 Taste Newfoundland’s only artisan cheese – made in stockpots, aged in fridges
June 11, 2013 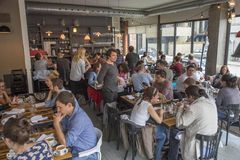