It usually starts with Joy of Cooking.

For some, the kitchen library ends there, too. For others, however, Irma Rombauer's masterpiece is just the beginning, the gateway book to an obsession with food and cooking. My collection has spiralled to close to 200 books, including 28 on Italian cooking and one on Cambodian cuisine with a daring recipe for deep-fried tarantulas.

For those who govern their passions with a little more discipline, or simply want to approach their cookbook habit more strategically, I've compiled the ultimate cookbook library - based on my experience and the recommendations of experts - that anyone can use to start or expand a collection.

First, some pointers. Ditch the superstore and head to a shop that specializes in cookbooks. As Jonathan Cheung, co-owner of Appetite for Books in Montreal, points out: "I have personally cooked out of at least 700 of the cookbooks in the store. So we have a personal knowledge of how certain books could work for certain people."

Understand your cooking limitations, expectations and audience. Mika Bareket, owner of Toronto's Good Egg, tailors her recommendations based on a simple set of questions: "What do you already own and like? Do you follow recipes word for word, or are you looking for ideas more than instructions? Who do you cook for - children, vegetarians, fancy dinner parties etc.?"

There's no need to buy every book on this list or to even buy one book in each category. The surest way to build a meaningful cookbook collection is also the most obvious: buy what you eat. For instance, Grant van Gameren, chef at the Black Hoof in Toronto, owns no dessert cookbooks. "Maybe that's why I suck at them?" he asks jokingly. On the other hand, maybe that's why his meat dishes are so good.

A good general cookbook should explain basic techniques and ingredients. The recipes should be approachable - the kinds of dishes you crave and can make on a weeknight.

"Everything" may be overstating the case, but only slightly, and Mr. Bittman's simple, accessible recipes demystify the kitchen.

Nice to have: How to Eat: The Pleasures and Principles of Good Food by Nigella Lawson

For the adventurous: Ad Hoc at Home by Thomas Keller

Perfect for experienced home cooks eager to shine up their skills with a little three-star polish.

It's popular (yet foolish) to dismiss Canadian cuisine - these essential books are the volumes most likely to contain recipe ideas for food that actually grows in your backyard.

Bible: A Taste of Canada: A Culinary Journey by Rose Murray

Mrs. Murray celebrates the food of this country from coast to coast to coast, and includes recipes from our three founding cultures as well as subsequent immigrant groups.

Nice to have: Earth to Table: Seasonal Recipes from an Organic Farm by Jeff Crump and Bettina Schormann

For the adventurous: Au Pied de Cochon: The Album by Martin Picard

A psychedelic ride through the mind of Mr. Picard and his artery-clogging take on traditional Québécois cuisine.

The pastry kitchen often punishes improvisation. Baking is about precision, so books that use mass measurements (grams) tend to be more reliable than those that use volume (cups).

Though light on visuals, this book is heavy on recipes that work, even for those who don't know their choux from their chantilly.

Nice to have: In the Sweet Kitchen: The Definitive Baker's Companion by Regan Daley

The first half of the book is a guide to the dessert pantry, including indispensable flavour pairing and ingredient substitution charts. The second half features extraordinary sweets.

For the adventurous: The Bread Baker's Apprentice: Mastering the Art of Extraordinary Bread by Peter Reinhart

Mr. Reinhart explains fundamental bread making concepts and then applies them in a series of otherworldly recipes, both savoury and sweet.

Exploring the world without leaving your home is dining's greatest reward.

Bible: Mastering the Art of French Cooking, Volumes I and II by Julia Child, Louisette Bertholle and Simone Beck

The recipe format is a little ungainly, and only ambitious bloggers use it for weekday meals, but the dishes are sublime and no subsequent cookbook has been as influential.

Nice to have: Vij's: Elegant and Inspired Indian Cuisine by Vikram Vij and Meeru Dhalwala

Mr. Vij and Ms. Dhalwala interpret the Indian kitchen with Canadian ingredients, so it's the perfect introduction to the subcontinent for those with limited access to specialty ingredients.

For the adventurous: Land of Plenty: A Treasury of Authentic Sichuan Cooking by Fuchsia Dunlop

Ms. Dunlop spent years travelling throughout China to learn the secrets of its many regional cuisines.

Even the best cooks will encounter ingredients and accidents that require a dash of MacGyver. Reference books are like the pocket knives and duct tape of the kitchen, offering uses for obscure vegetables and quick fixes for sauces that just won't emulsify.

It does double duty as both a reliable cookbook for neophytes and as a guide to ingredients and techniques.

Nice to have: On Food and Cooking: The Science and Lore of the Kitchen by Harold McGee

Mr. McGee doesn't offer recipes, just indispensable details on the science and history behind many dishes and techniques.

For the adventurous: The Flavor Thesaurus: A Compendium of Pairings, Recipes and Ideas for the Creative Cook by Niki Segnit

Knowing how to pair flavours is a key kitchen skill. Ms. Segnit explores combinations with wit, style and even a dash of poetry in this encyclopedia-style reference.

You'll want to round out your collection according to your personal preferences, whether it's Italian, vegetarian or punk rock Asian food.

Few cuisines are as novice-friendly, and Mr. Oliver's casual voice and cooking style complement the culinary dialects of the boot.

Nice to have: Plenty by Yotam Ottolenghi

For some carnivores, there is no higher praise for a vegetarian dish than I didn't even notice there wasn't any meat. This book overflows with such recipes.

For the adventurous: Momofuku by David Chang and Peter Meehan

This is one of the most enjoyable reads on this list. Mr. Chang proves ramen noodles and steamed pork belly buns can be refined cuisine. 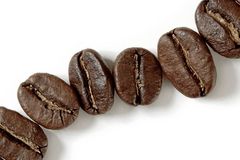