David R. Chan, a 64-year-old accountant and tax lawyer based in Los Angeles, travels on his stomach – he's eaten in more than 6,000 Chinese restaurants across the U.S. and Canada. Mr. Chan, a third-generation American (his grandfather came over from Taishan, China in 1900), recently made headlines when he detailed his nearly lifelong quest to a reporter. (He documents each meal on an Excel spreadsheet.) When he's on the road he often eats at four or five different restaurants daily.

Perhaps the most interesting thing about Mr. Chan's findings is his opinion of Canada's Chinese restaurants: They're far better than anything in the U.S., he says. We reached him in his office last week.

You wrote in an article recently that if you were to rank the 10 top Chinese restaurants in North America, every last one would be north of the border. What makes the Chinese food in Canada so good?

From 1882 to 1943 it was pretty much illegal for anybody of Chinese descent to immigrate to the U.S. The only Chinese food you had in the U.S. until the mid-'60s when they changed the immigration laws was this old-style Taishanese, rural Cantonese food, from the early waves of immigrants. In Canada, you had Hong Kong influence coming over earlier than in the U.S.

My first visit to Canada in 1970 was to Vancouver, and even though by today's standards the Chinese food in Vancouver then would be considered primitive, it still was clearly better. The panic about the handover of Hong Kong to the Chinese in 1997 created a panic there, and anybody who could leave Hong Kong did so. On my next visit to Vancouver in 1993, the food was so good that when I came back, I told people that the average food in a Vancouver food court was clearly superior than the best Chinese restaurant in Los Angeles.

In Vancouver, I love Sun Sui Wah – I think everybody knows that place. There's a place my wife's relatives took us called Landmark Hot Pot House. It was probably the most fabulous meal I've had. In Toronto, Casa-Imperial, Casa-Victoria, Lai Wah Heen. And there was a café place I really liked in Richmond Hill called Judy Cuisine. It was really good, stuff I'd never seen before.

Do Chinatowns ever have good food?

There are very few good Chinese restaurants located in core Chinatowns in the U.S. or Canada. That's clearly the case in Toronto and Vancouver, and it's clearly the case in New York, San Francisco, Los Angeles, Washington, D.C., and Philadelphia. Their function is, number one, tourists. I hate to say this, but you have to dumb the food down a little bit. And secondly, the Chinese who still maintain ties with Chinatowns tend to be the Taishanese – us older folk.

Are there any sure-fire indicators that a Chinese place is going to be good?

The best thing to do is once you find a good Chinese restaurant, most of them have throwaway Chinese newspapers. If you see who advertises in them, well you know these places are trying to attract Chinese people looking for authentic Chinese food. Even though I don't speak Chinese or read Chinese, the ads have a name and address and that's good enough for me.

I read that you can't use chopsticks. This had to be an error, right?

It's true. They say you're supposed to hold chopsticks the way you hold a pencil? And when I was a kid I picked up the pencil the wrong way, and by the time my teachers spotted it, it was too late – they were unable to get me to write properly. And because of that, it hurts me to write, and I cannot maneuver a pair of chopsticks. I've only been to China or Hong Kong four times, but when I travel I bring my own fork just in case.

Editor's note: The date of the handover of Hong Kong to the Chinese has been corrected. 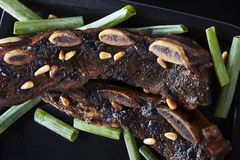 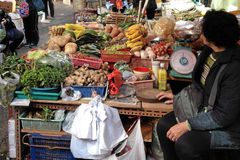 'Lutheran hour' and the search for Chinese cuisine in Saskatchewan
July 26, 2010
Follow Chris Nuttall-Smith on Twitter @cnutsmith
Report an error Editorial code of conduct
Due to technical reasons, we have temporarily removed commenting from our articles. We hope to have this fixed soon. Thank you for your patience. If you are looking to give feedback on our new site, please send it along to feedback@globeandmail.com. If you want to write a letter to the editor, please forward to letters@globeandmail.com.
Comments