If you’re the type of plant parent whose orchids always end up in that great garden in the sky, you might doubt that you can grow your own tropical fruit – especially indoors, during the winter. But we’re here to lend some encouragement. It’s more possible than you think to stave off scurvy while simultaneously giving your home a sophisticated, Architectural Digest touch.

“Almost anything that you see that is a warm-weather fruit, nut or berry can be grown indoors,” says Ken Taylor of Green Barn Farm, a food forest in Notre-Dame-de-l’île-Perrot, Que. The indoor fruits he sells are generally dwarf trees, pruned or clipped to stay at a size that suits individual living spaces. Citrus is most popular, from lemons, limes, oranges and grapefruits to more exotic produce, such as kumquats and calamondins. It’s also possible to cultivate tropicals such as figs, mangoes, guavas and pomegranates inside, too.

Homegrown indoor fruit has loads of appeal (no pun intended) over imported grocery-store fare. For one thing, you can be confident it hasn’t been dosed with pesticides, or travelled for thousands of kilometres. For another, it’s scrumptious.

“One main benefit is you can ripen the fruit to perfection,” says Bob Duncan, who with his wife, Verna, operates Fruit Trees and More near Victoria. Store-bought fruit is often picked too early because firmer produce will ship better, he says. “But if you’re growing your own, you can leave the fruit on the tree until it’s totally and completely ripe, for maximum and optimum flavour.”

Taylor points out that while many indoor plants take months to produce fruit, it’s possible to munch on other parts while you wait. The flavourful leaves of the kefir lime tree, for example, are perfectly edible. “You can eat them year-round – in salads when they’re young, and when they’re older, as a substitute for lemongrass in your soups or sauces,” Taylor says. “I like these dual-purpose things. Even if the tree dies in a year or two, you’ve harvested from it.”

Mary Cath Altobelli, an interior decorator in Hamilton, says growing indoor fruit is well worth a try for the mood lift alone. “No space is complete without some kind of an organic element in it,” she says. Pretty foliage and fragrant blossoms make fruiting plants a lovely decor touch, especially in the colder months. “An indoor fruit plant gives you some place for your eye to rest, just like a breath of fresh air.”

Fruit trees can be especially appealing in a modern interior, where straight lines and muted colours can sometimes feel austere. “You bring in a plant like a fig tree, with enormous leaves on a trunk, and it makes a contemporary space more inviting,” Altobelli says. “There’s nothing minimal about a plant. It’s giving all the time.”

A good garden centre will carry fruit trees in its tropical plant department; it’s also possible to order them by mail, but expect to pay for the logistics of shipping a live potted plant. Make sure to buy a graft or cutting, not a seedling. Fruit trees, especially citrus, have a considerably long childhood: If yours is sprouted from seed, you could wait decades for it to produce its first flower. (Many other fruits sprouted from seed won’t even grow into the same plant, which you’ll learn the hard way if you try it at home.)

“It’s better to have it grafted or rooted from a bearing tree. Then you get fruit immediately,” Duncan says. “Even a very small grafted citrus will bear fruit.”

With patience and adherence to a few general growing guidelines, you’ll have the satisfaction of biting into your own homegrown, sweet, juicy, fresh fruits. 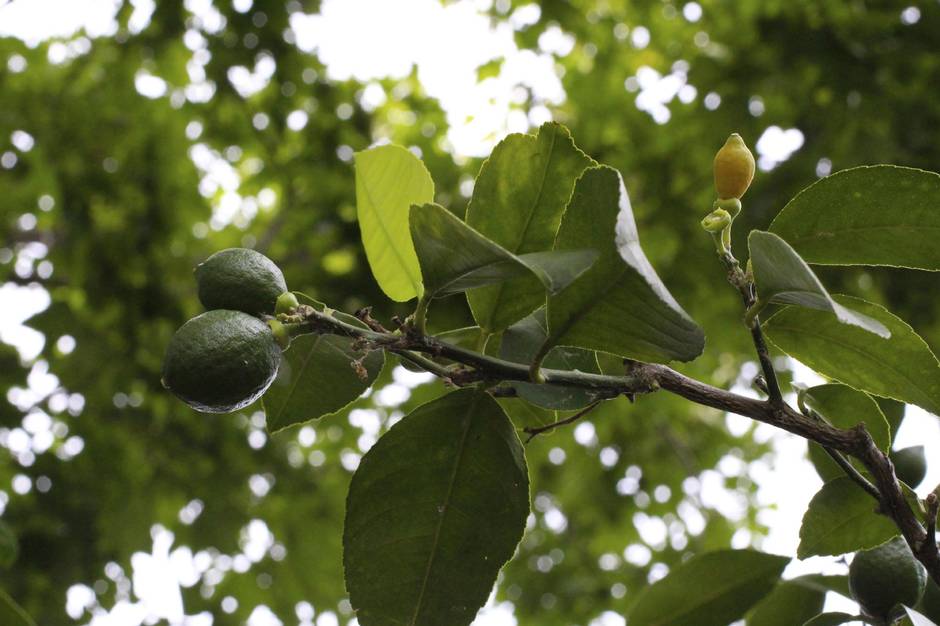 A juicy, low-acid fruit with a hint of orange flavour. “Meyer lemons are probably the easiest indoor lemon tree to grow,” Ken Taylor says. “They produce year-round, and they’re very happy in a pot.”

When you’ll harvest: Within the first year. Fruit ripens in six to nine months.

Growing tip: Prune the branches to encourage strength and density, and to keep the plant at a size that works in your space.

It’s also a: Room deodorizer. When the plant is flowering, you’ll enjoy the blossoms’ citrus fragrance. 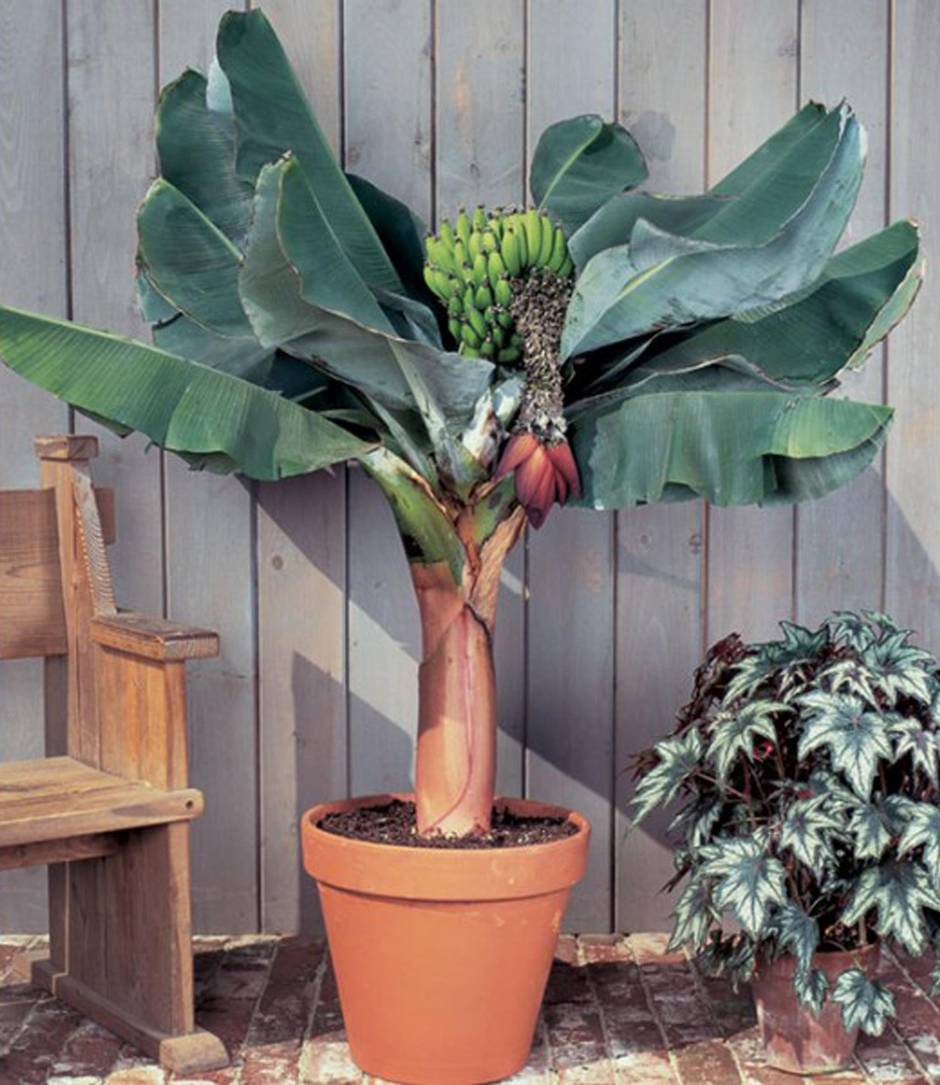 This is a stunning plant with giant leaves and a purple, star-shaped flower head. The three-to-six-inch-long fruit is sweet and strong in flavour. “The banana’s good because you can’t kill it in a pot,” Taylor says. “All you need is water, a lot of daylight hours and high-quality fertilizer.”

When you’ll harvest: With enough leaves, a flower head will appear in the second year. Fruit ripens in four to six months.

Growing Tip: The plant dies after the bananas ripen, but first it puts out babies. Pot these and you’ll never have to buy another banana plant.

It’s also an: Oven dish. Wrap its large leaves around a bundle of food to lock in moisture and infuse the meal with a subtly sweet flavour. 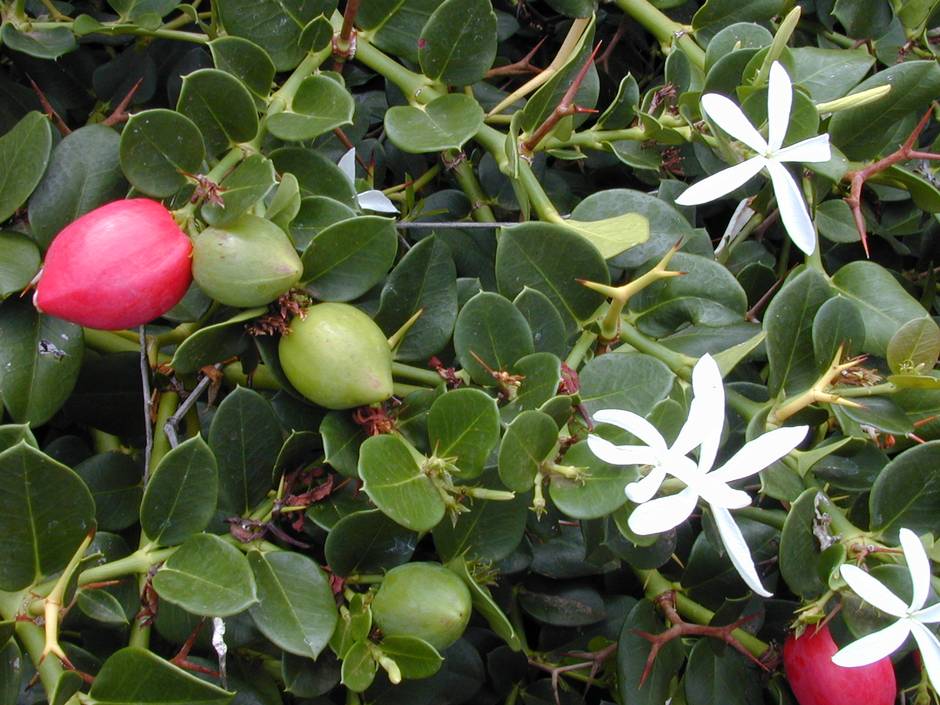 This evergreen from South Africa’s Natal region is used as outdoor hedging in some parts of the world. It produces white flowers and luscious, high-protein plums. “It has very high ornamental value and the fruit tastes like a strawberry,” Taylor says.

When you’ll harvest: Flowers may appear within a year. Fruit ripens in three to four weeks.

Growing tip: It’s tolerant of a little shade and a little drought, which makes it an easy-care houseplant.

It’s also a: Bonsai tree. With its dense, thorny branches, the natal plum is popular with aficionados of this art form.