Sweet’s great and salty’s nice, but nothing comes close to the lip-puckering, forehead-furrowing tang of fresh citrus. The fragrant lemon and its sweeter green cousin, the lime, have always been essential for both chefs and home cooks, giving everything from seafood to desserts to cocktails a bright, acidic punch.

But the world of citrus is much bigger, and with easier access to produce from all over the globe, chefs are introducing strange-but-familiar flavours to curious diners. “A few years ago, pomelo would be a seasonal thing, but now I can get them year-round,” says Nick Liu, of the restaurant DaiLo in Toronto. “It’s way easier to find these citrus, especially with the growth of big Asian supermarkets like T&T.”

You may have been wondering about that lavender-scented lemon shaped oddly like a hand, or those fat, elongated limes hiding hundreds of juicy little beads. Inside, a guide to giving your palate a little summer zing with a bushel of unusual fruits. 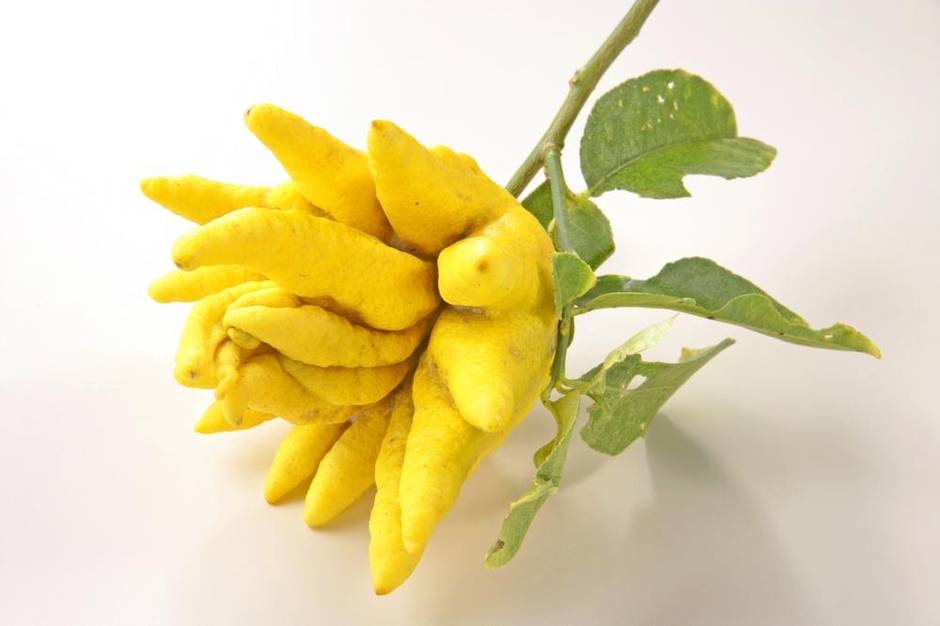 In brief: One of the most peculiar fruits in existence, this citrus was named after the long, finger-like segments that split from the main body of the fruit. It’s believed to have been brought to China from monks in India some time around the 10th century.

What chefs do: “Buddha’s hand has a subtle citrus flavour that does not denature the flavour of artichoke and brings the perfect balance to the creamy risotto,” says Sylvain Assié, sous chef at Toronto’s Café Boulud. His artichoke risotto dish featuring Buddha’s hand zest is currently on the restaurant’s special Winterlicious menu.

What you can do: There is very little juice or flesh to the Buddha’s hand, but it’s prized for the lemony, lavender fragrance of the peel. The zest can be added to vinaigrettes, desserts, cocktails or waffles, as well as making jam. It also looks quite fetching as an ornament on the kitchen counter. 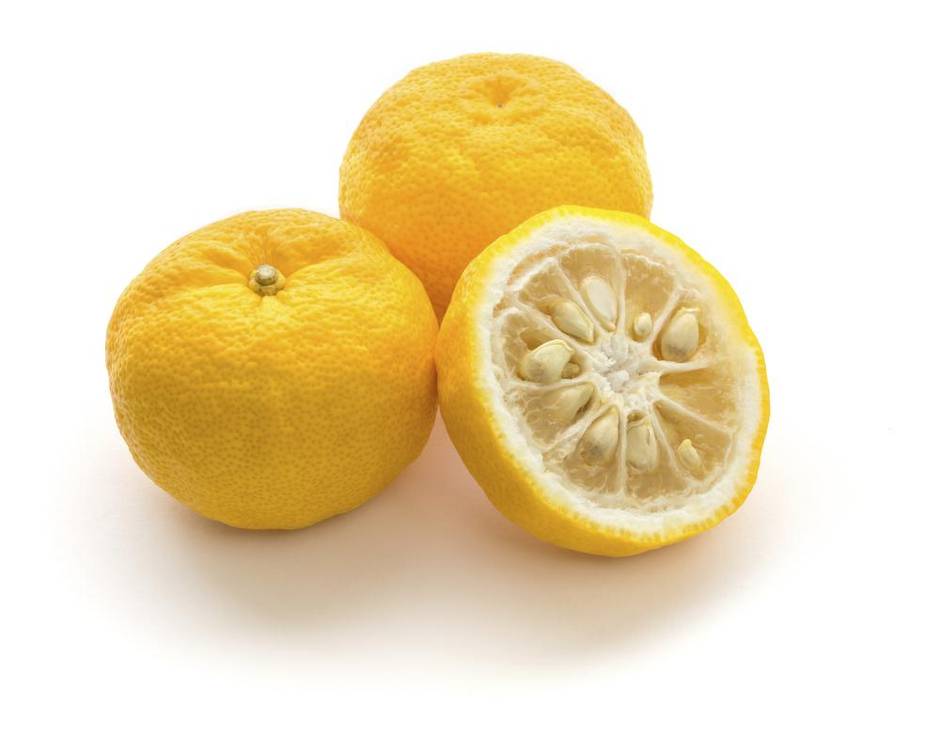 In brief: An incredibly aromatic, yellow-orange fruit originating from East Asia, with strong grapefruit flavours and some mandarin thrown in. The juice and rind are tart, more bitter than sweet, and commonly used in Japanese desserts, cocktails and fish dishes.

What chefs do: “I’ve been using yuzu for some 20 years now and it’s really one of my top 10 favourite ingredients,” says chef Claudio Aprile, MasterChef Canada judge and head of Origin in Toronto. “We’ve done sorbets with it, cocktails, a kombu-yuzu dressing, which has been on my menu for as long as I can remember. It’s also amazing with steamed fish and sashimi. It’s one of the most fragrant and intense citrus out there.”

What you can do: If you can get your hands on a fresh yuzu from a Japanese market, Aprile suggests turning the rind into marmalade, grating the zest atop raw seafood or steaming a trout with a bit of olive oil, salt and grated yuzu. 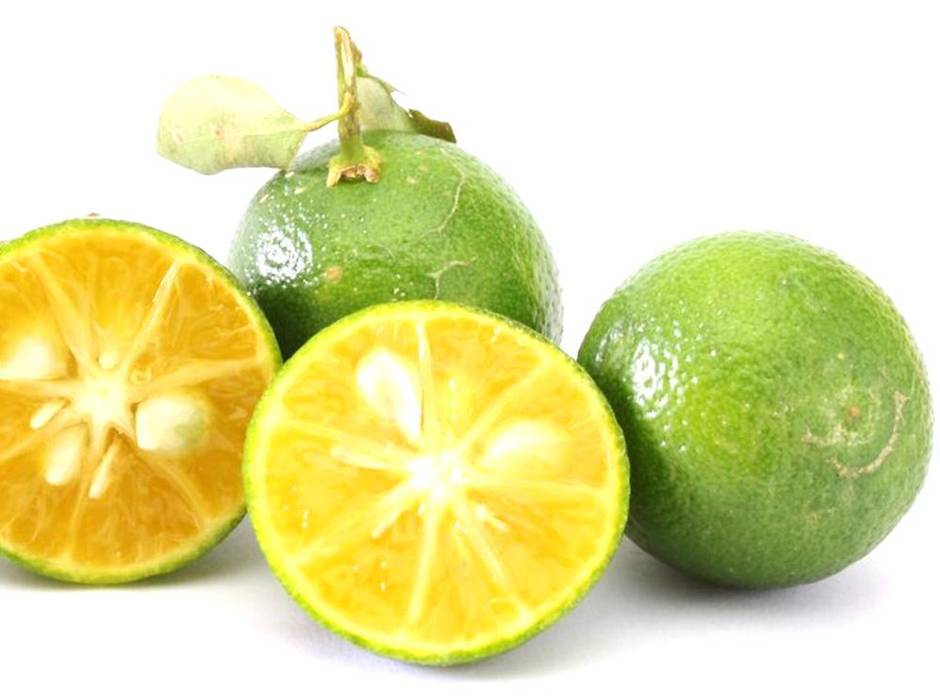 In brief: An extra-sour cross between a mandarin and a kumquat, these tiny fruits are commonly used in Filipino cooking and are bursting with acidic juice.

What chefs do: “It’s great for desserts,” chef Andrea Carlson of Vancouver’s Burdock & Co says. “The rind is so intense and is great for meringues and marshmallows. We also use the juice to make curds. It has a warmer fragrance, much more tropical with less bitter, astringent tastes than you’d get from a lemon.”

What you can do: Squeeze out the juice from a couple of these fruits for a super-puckery lemonade. 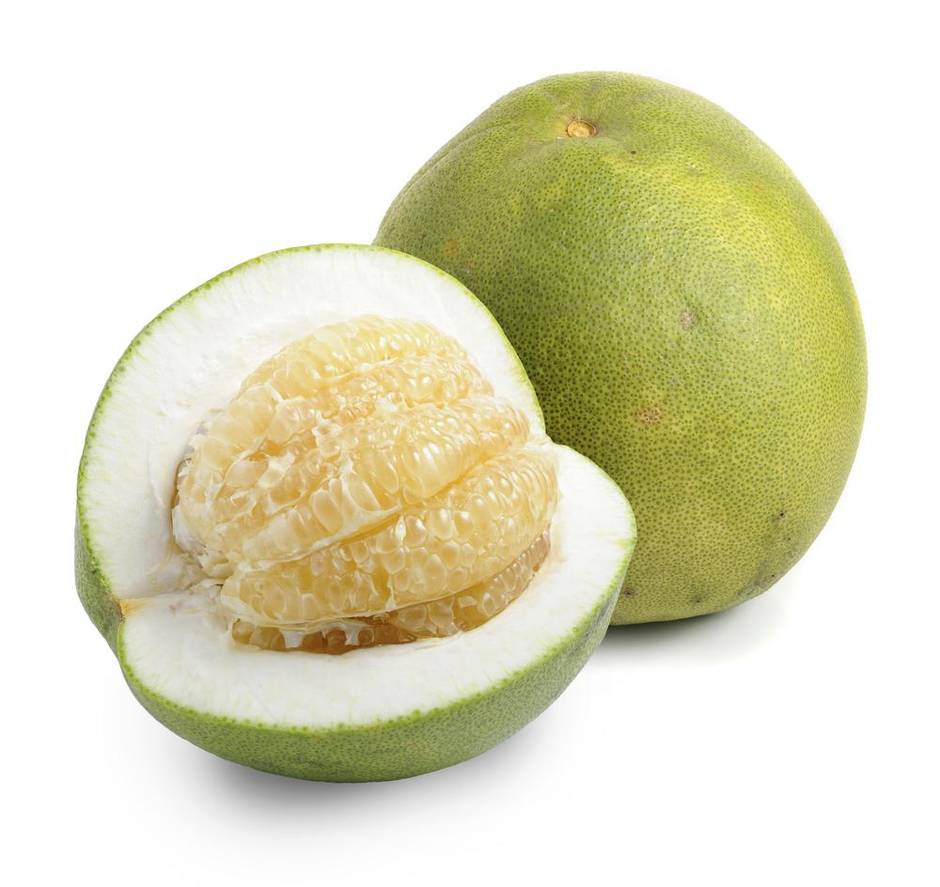 In brief: A large, almost melon-sized pale-green or yellow fruit that originates from Southeast Asia. Underneath a very thick layer of pith is the flesh, which tastes like a less acidic, less bitter version of a grapefruit.

What chefs do: “I love the texture and that it has such an intense sweet flavour without the overpowering bitter notes that you’d get in a grapefruit,” chef Liu says. “At our restaurant we peel the pomelo and separate the segments. We then add it to a salad with green papaya, bean sprouts, coriander, chili, lime leaf, lemongrass, Thai basil, mint and a coconut-caramel dressing. We also infuse palm sugar with the pith for desserts to give some citrusy, floral flavours.”

What you can do: At home, the pomelo is typically peeled and eaten like an orange. If you want to make a salad out of it, Liu recommends drizzling a dressing made of sweet chili sauce, lime juice and fish sauce on top. 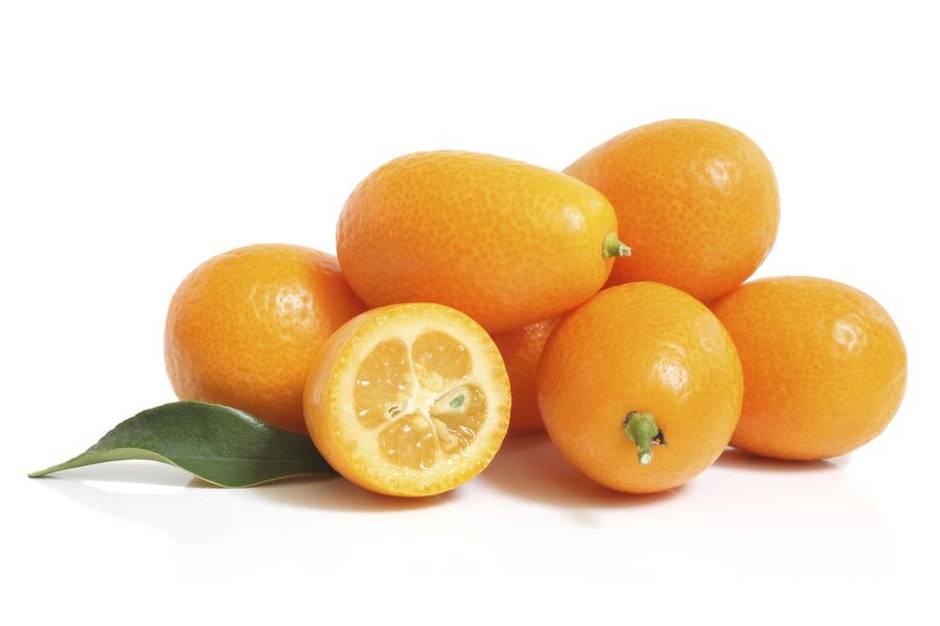 In brief: Resembling a tiny orange, the kumquat hails from South Asia and the Asia-Pacific region. Its super thin pith means you can eat it whole, peel and all. Expect delicate, sweet notes of tangerine when you bite in.

What chefs do: “We add sliced kumquats to our Old Fashioned because they’re a little sweeter than oranges and you don’t have to worry about the pith,” chef Sean Murray Smith of Les Deux Singes de Montarvie in Montreal says. “Once in a while, I’ll make a kumquat gastrique, which is a sauce of vinegar and sugar, and it goes great with chicken-heart pâté.”

What you can do: Kumquats make a great addition to salads and can also be made into preserves. 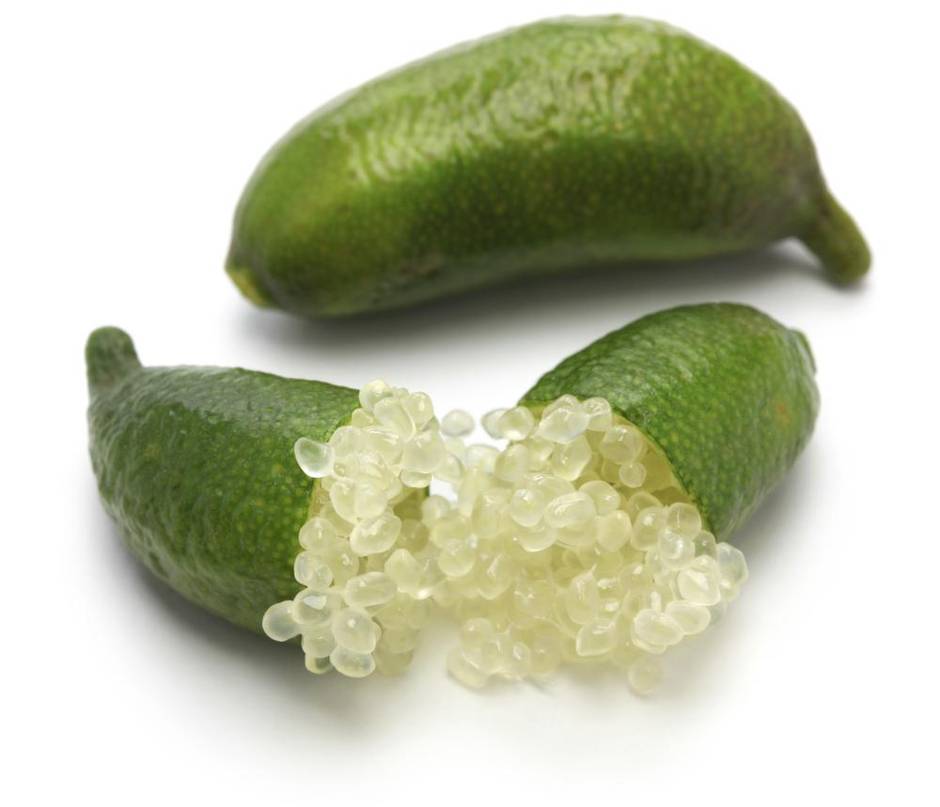 What chefs do: “We’ve put it on raw oysters for a vibrant acidity,” chef Carlson says. “They have that beautiful cellulose structure that gives a bursting, popping taste of lime juice. They really enrich the flavours of raw seafoods.”

What you can do: Use the delicate pale-yellow or pink pearls as an extra fancy garnish for seafood, fruit and vegetable salads or cheesecakes, or in summery cocktails such as mojitos and margaritas. 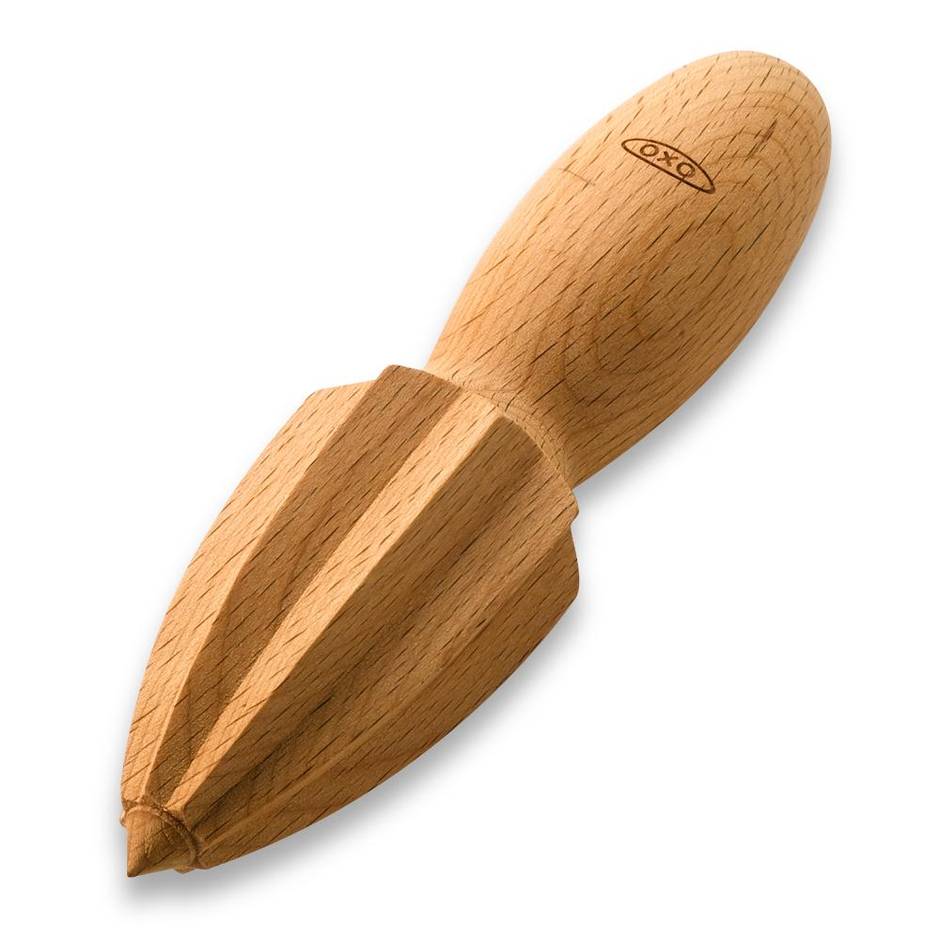 To extract as much juice as possible, squeeze the fruit with one hand as the other digs in with a reamer. This wooden version by OXO is simple and compact, but other styles with bowls to collect and strain the juice work well, too.

This fine grater is essential for zesting fragrant citrus peels without going too deep and scraping off the bitter pith. Just grate directly over desserts, meats, seafood and drinks. If the recipe calls for juice as well, get the zest first. 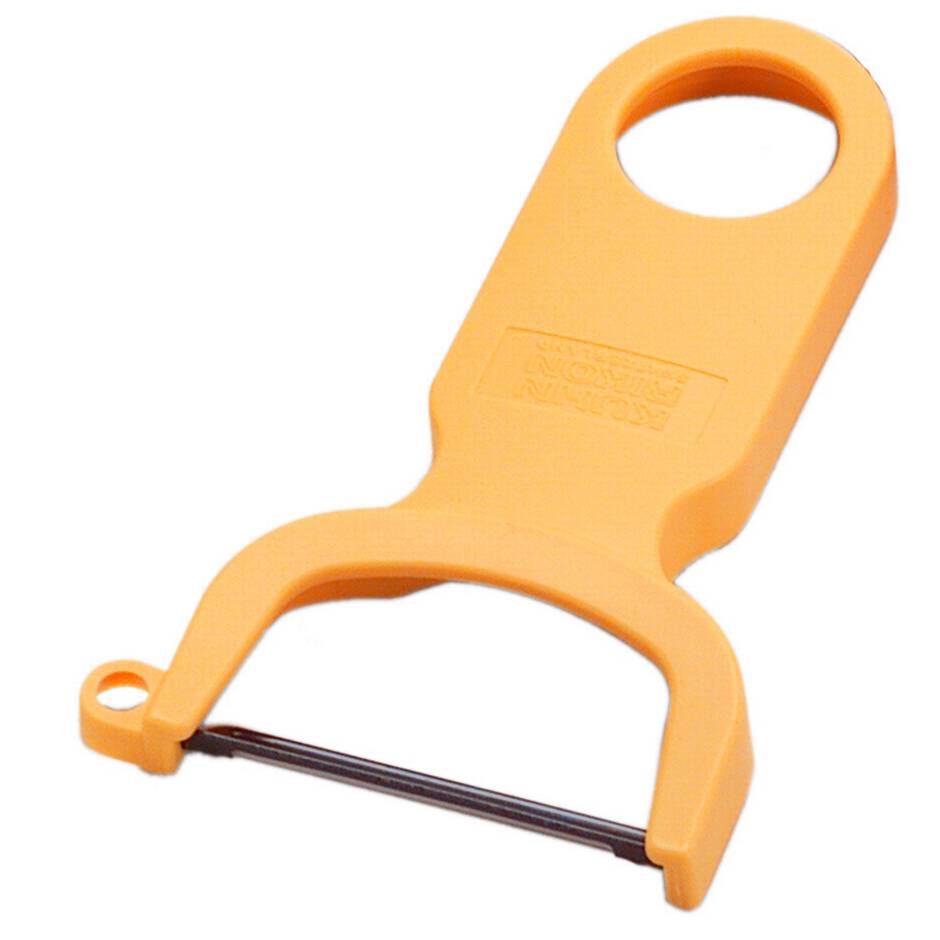 For cocktail recipes that require strips of citrus peel, get a sturdy vegetable peeler like this made-in-Switzerland tool by Kuhn Rikon. Don’t dig too hard into the fruit or else you’ll peel off the inedible pith, too. If that happens, simply scrape the white stuff off with a paring knife.