I sat down intending to make thoughtful, detailed tasting notes on the Fiscalini Bandaged Cheddar. Instead I found myself consuming slices faster than I could scrawl so much as an exclamation mark. The flavour impact of this raw-milk, farmstead cheese from Modesto, Calif. is so immediate and intense that I swear the savoury, buttery, caramel notes somehow parachute to the taste buds moments before any physical contact is made. Last November it won a Super Gold Award at the 2011 World Cheese Awards in Britain, securing a spot in their "Top 50 cheeses in the World" category.

Made in the style of traditional clothbound English cheddars, Fiscalini Bandaged Cheddar is produced in large 60-pound wheels and wrapped in cheesecloth and then coated with lard, allowing the cheddar to breathe and develop microbial growth on the outside that aids ripening and creates complex flavours. The cheese is a creamy yellow, and while there's a slight crumble to the texture (with a few crunchy crystals) the cheese maintains a creamy feel on the palate. Like the great English clothbounds, the flavours in this 18-month old cheese are multifaceted with notes of buttered popcorn, earth, nuts and fresh fruit.

The Fiscalini Cheese Company began making cheese in 2000, although their dairy business (they sell most of their milk to Nestle) spans back three generations. Shortly after initiating cheese making, John Fiscalini hired expert cheese maker Mariano Gonzales, who had honed his skills at Shelburne Farms in Vermont, where he created one of the first American clothbound cheddars. Both had a dream of creating the best cheese in the world. They achieved that goal seven years later, winning "Best Extra Mature Traditional Cheddar " at the 2007 World Cheese Awards, which took the Wyke Farms Trophy out of Britain for the first time ever.

Mr. Gonzales believes his job really starts after the cheese is made and once the aging process begins. Each 60-pound wheel is hand-turned every day for the first 60 days of ripening to ensure even moisture distribution. The flipping of the cheese also ensures an even circulation of the mould spores building up on the cheese exterior.

Exceptional craftsmanship is one factor for success, but the other component is the milk produced by the Fiscalini dairy. Its quality exceeds national and even the more stringent state standards. "Our milk is cleaner than organic milk, it's a superior product," says Heather Fiscalini, director of sales and marketing (and also John's wife). Their dairy is considered state-of-the-art and a leader in sustainable conservation and animal welfare (dairy farmers from around the world come to learn from them). They have a herd of about 200 cows for the cheese making, including Brown Swiss, Jerseys and Holsteins, but milk about 1,700 cows in total. The cows roam on large lots when the weather is good, and their stalls are raked twice daily for maximum comfort.

If hardcore English cheddar lovers need more encouragement, James Montgomery, the maker of the world-famous Montgomery Cheddar, has called Fiscalini Bandaged Cheddar the best American cheddar he has tasted. I've served it to my 3-year-old, melted it into grilled cheese and felt a pang of regret as I discarded the empty rind. I'd go on but I don't want to be accused of gushing. Plus, I have more cheese to eat.

The Fiscalini is currently available in Ontario Sobey's stores.

Editor's note: This version of this article has been corrected to remove the statement that this is a vegetarian-friendly cheese.

That's a wrap: Clothbound cheddar is back in style
September 20, 2011 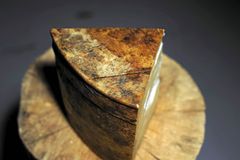 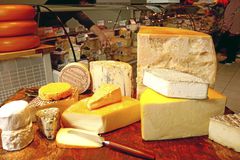 Apple and smoked cheddar scones with walnut butter
April 30, 2011
Follow Sue Riedl on Twitter @sueriedl
Report an error Editorial code of conduct
Due to technical reasons, we have temporarily removed commenting from our articles. We hope to have this fixed soon. Thank you for your patience. If you are looking to give feedback on our new site, please send it along to feedback@globeandmail.com. If you want to write a letter to the editor, please forward to letters@globeandmail.com.
Comments