It's January and as usual everyone is on some idiot regime. We're all going dry and getting rehydrated, resting our colons and manifesting our best intentions. We're upping the antioxidants and downing probiotics, meditating, masticating and engaging in empathetic mediation.

The parents I know are pledging that this year they will stop snapping at their children (snapping is the new yelling, which was the new spanking, didn't you know) and my single friends are swearing off sex with random strangers online (they meet the strangers online; the sex happens in person). Honest working Joes everywhere are relinquishing pleasures small and large and submitting to thrice-weekly sessions of self-flagellation at the nearest CrossFit gym.

Are we all engaging these abnegations in the hope that it might make us, well, better? Nah, not really. People might think their self-improvement regimes are an attempt to improve the self, but this – I have come to discover after engaging in a countless number of them myself – is just an illusion. We deny ourselves pleasure only because we are hopelessly, pathetically addicted to it. Self-improvement is attractive precisely because it cancels out overindulgences past and entitles us to overindulgences future. That is, if you consider gluttony, promiscuity and the pursuit of wild oblivion a form of filthy overindulgence. I don't, but that's just because I have the soul of an unreformable sybarite.

I might look like the lost cast member of the new CBC show Workin' Moms, hoofing it down the street with my BabyZen stroller and my flat white, but don't be fooled. On the inside I'm like an overfed goose, liver bulging, eyes agog, dreamily drowning at the bottom of a bottle of vintage champagne. Most of the time, I deny myself nothing.

But this year I have been forced to make a reluctant concession, a life-change you might call it, and here it is: I've stopped eating meat. Not all the time (it's not a religion people, it's a lifestyle choice) but almost all the time, with fish being the only exception.

It's not that I care in any deep emotional way about my health or the environment or the feelings of animals. I've never cried about dolphins or lamented the plight of baby seals. It's not that I'm trying to economize or localize or energize my best self through the wonders of a plant-based diet.

It's just that I began to find it impossible to ignore the truth. I might feel nothing about these things, but that is no longer an excuse for doing nothing. Eating meat is unnecessary. And if you really think about it logically – if you force yourself past the dangerous process of mental abstraction most carnivores rely on to keep on swallowing our ham baguettes – it's just flat-out wrong.

Oblivious meat consumption is something I've thoughtlessly participated in my entire life. Last year, post-Brexit, post-Trump, I began to feel strangely uncomfortable about it. What is the connection, you ask? I wasn't entirely sure. All I knew was that I finally looked down at my Christmas plate of bloody rare roast beef and thought: Right. That's enough of that.

I'm not telling you this in order to make you feel bad about your own meat consumption (or to make my vegan friends feel smug – let's face it, they already are), it's all just to say it feels good to make a decision, albeit a small and personal one, based not on self-serving emotion but the incontrovertible truth.

In Januarys past, I've based my so-called self-improvements on bad science and magical thinking to exactly zero lasting effect. My swearing off the flesh is less an attempt to make a "good" choice than a conscious rejection of the power of collective delusion – in this case, the willful blindness it required to go on thoughtlessly eating meat.

In the era of post-truth politics we must all make a profound decision: Are you going to go with your gut? Let your vague inclinations and anxieties, as cemented and reinforced by the silo-thinking of social media, guide you? Or are you going to search out the facts and act on them?

By relinquishing my burger, I am making a concession to the truth. Not the truth as I feel it (because eating the burger is what I'd very much like to do and I have a thousand plausible-yet-biased arguments for why it might actually be fine) but the truth as I know it to be – from the careful study of expert authorities and fact-checked news sources. Provable facts: the unicorns of our time. 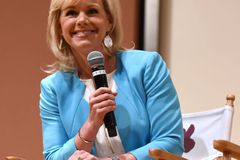 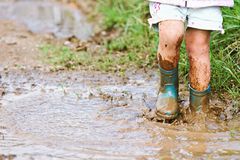