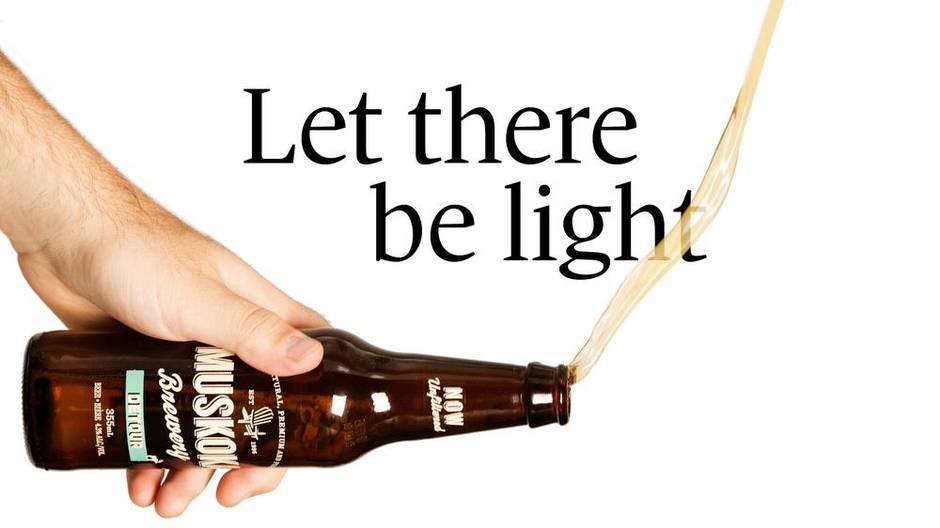 (Photo illustrations by Peter Power for The Globe and Mail)

For years, craft brewers focused on creating the strongest, wildest flavours possible. But the beers’ intensity and high alcohol content left drinkers yearning for something lighter. Chris Nuttall-Smith reports on the rise of a refreshing new trend

When Nate Rayment and his business partners began planning their new small-batch brewery last winter, they had an idea that sounded like craft-beer apostasy.

Craft brewing’s predominant bigger, bolder, stronger ethos – Rayment describes it as, “What is the craziest thing we could do, the weirdest ingredient we could add, the wildest flavours, the highest alcohol, the most in-your-face hops profile?” – was getting tired.

“A lot of my friends were drinking one Imperial IPA and then switching to Bud Light for the second round,” he said. The taste of the craft stuff was too often overwhelming, and the alcohol levels sometimes clocked in higher than 10 per cent.

And so at Rayment’s Postmark Brewing, which opened in June in Vancouver’s Railtown neighbourhood, all but one of the beers contains less than 5 per cent alcohol. It’s craft beer, but lighter and better-balanced than the industry’s trademark attention-grabbers: small-batch deliciousness at Bud Light strength.

As it happens, it’s also wildly popular. Within a month of opening, Rayment and his partners realized they’d need to order more beer tanks, and quickly; a few weeks from now they’ll more than double their brewing capacity, he said.

Session beer, as many in the business call it – because you can drink several in a sitting – is by far the fastest-growing genre in North America’s booming craft-brew industry. In the last two years alone, beer-makers across Canada have introduced scores of new low-test offerings, with some weighing in below 3 per cent alcohol.

That’s no small matter in an industry that was built on we-can-do-anything maximalism – on being as different as possible from the big-label brands. The success of Postmark’s crisp, tropical-fruit-kissed, 4.2-per-cent Saisonella, or Toronto-based Bellwoods Brewery’s complex, citrusy (and unabashedly delicious) Stay Classy, which weighs in at just 2.8 per cent alcohol, is a major cultural shift. 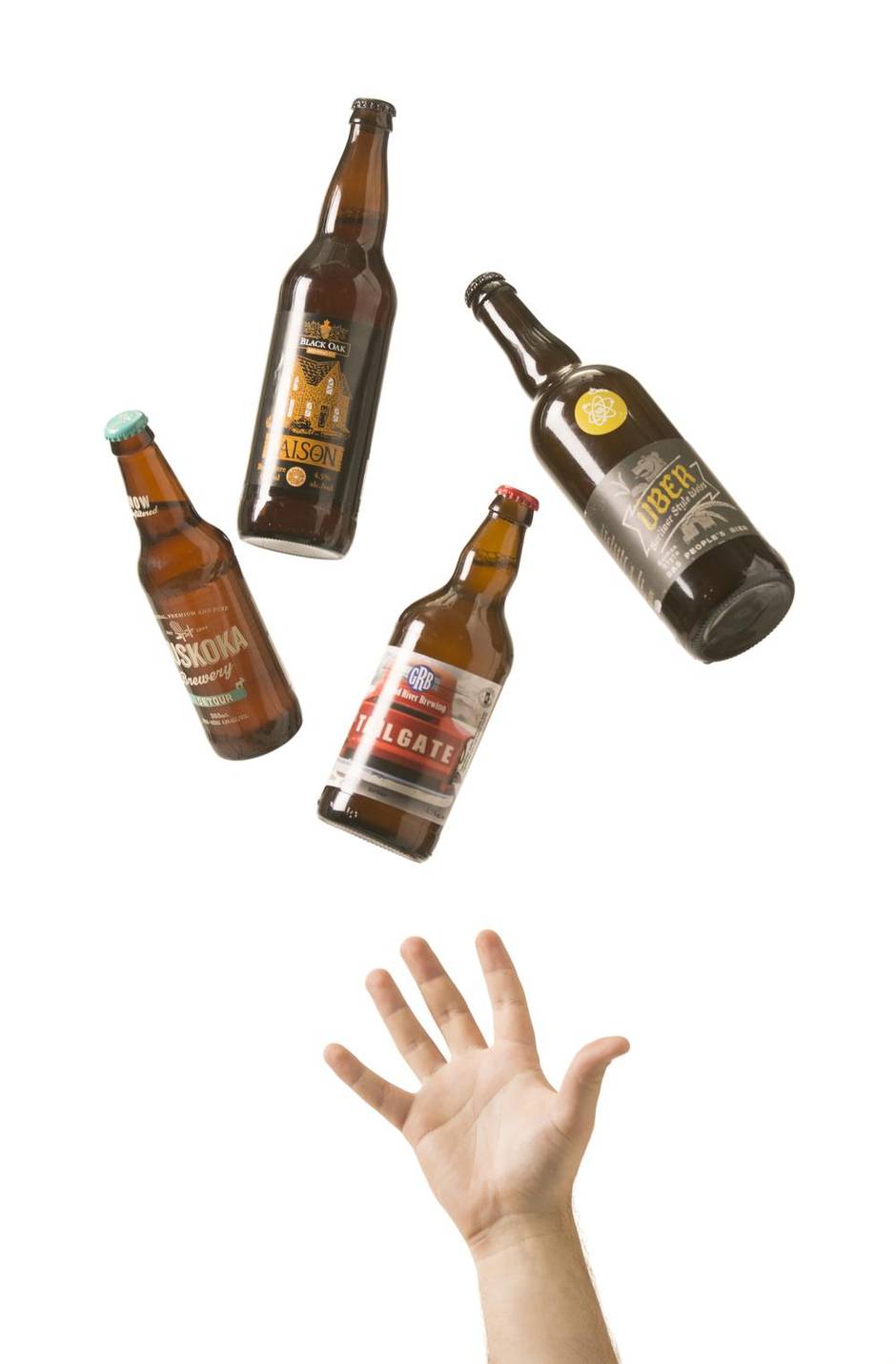 The examples are everywhere. At Montreal’s Dieu du Ciel! brewpub, run by one of the most respected craft breweries in the business, the tap list late last month included five beers below 4.3 per cent alcohol – this from a company that built its almost cultish following from bottlings like Rigor Mortis, a 10.5-per-cent Belgian-style ale. “We’re getting older,” said Dieu du Ciel! brewer Hugues Dumontier. “We’ve started to enjoy beers that are not as obvious.”

But British Columbia, with its clean-living ethos and stringent drunk-driving laws, not to mention its surfeit of craft breweries, is the epicentre of Canada’s low-alcohol craft movement. When the organizers of Vancouver’s third-annual Spring Sessional Cask Festival last May put the call out for local, craft-made, sub-4.5-per-cent-alcohol beers, 23 different B.C. breweries stepped forward.

And a few of the bigger players within the industry – mid-to-large-sized independents that some smaller players hesitate to call “craft” – have entered the low-alcohol game with extraordinary results. Central City Brewers + Distillers, based in Surrey, B.C., launched a 4.5 per-cent-India session ale last February, and straight out of the gate it became the company’s second-best seller, said Tim Barnes, the company’s vice-president of sales and marketing. Central City now sells 24,000 cans of the stuff at retail every week, and it’s available on tap at 45 bars around the province. The company is working on taking the beer national, Barnes said.

To be sure, while session beer may be new to North America’s craft brewers, the concept itself is hardly a novel one. When you order a beer in Britain, it almost always falls somewhere between 4 and 5 per cent alcohol, if not lower. (Guinness, to name just one, weighs in at about 4.1 per cent.) The same is true in the Czech Republic and Germany, in Belgium with its table beers and Saisons, with Europe’s classic pilsners, dunkels, witbiers, helles, hefeweizens, bitters, porters, stouts and kolsches.

Here in North America, craft brewing’s rise over the past two decades was largely a response to the uniformity and blandness of big-label beer. The usual way to get more body and flavour into beer is to add more ingredients. Without significant intervention, the more ingredients you add, the boozier your beer is going to be.

“It got to the point in the U.S. where if you went to a beer bar you’d be hard-pressed to find anything under 6 per cent,” said Mirella Amato, a Toronto-based beer educator. 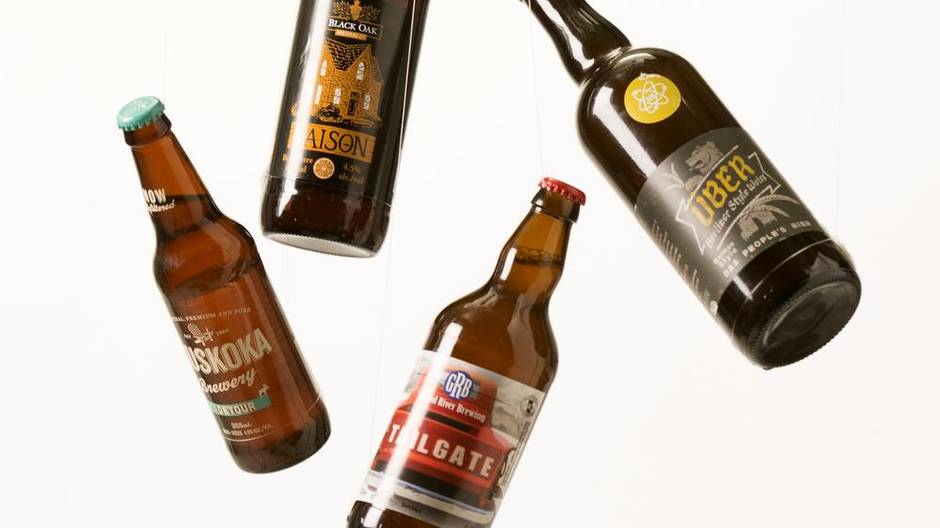 Lew Bryson, a beer writer from Philadelphia, was one of the first to push for more low-alcohol craft beers, with an angry but enormously influential blog post he wrote in early 2007. Titled The Session Beer Project, it argued that session beers should have less than 4.5 per cent alcohol, with plenty of flavour but always in balance. And unlike so many craft beers at the time, they should never overpower the conversation. “I just got tired of all these guys geeking out, going into a brewpub and all anybody’s talking about is, ‘Wow, what’s that hop?’” Bryson said in an interview. “All I could think was, ‘Hi! It’s good to see you too!’”

Yet that balance-flavour-low-alcohol matrix can be hard to master, particularly for small-time beermakers.

At Toronto’s Bellwoods, which brews several finicky-to-make Belgian-style beers, Stay Classy is one of the trickiest, said co-brewmaster Luke Pestl. Pestl and his partner, Mike Clark, have to start the fermentation process at an abnormally high temperature to prevent all the starches and sugars from converting to alcohol; they also use a complex blend of regular and acidulated malts, as well as oats, to give body to the beer and to balance the bitterness of hops.

More problematic still, most low-alcohol beers have extremely short shelf-lives; alcohol is a preservative. So some of the best of the genre is only ever served fresh, on tap, or in extremely limited bottle editions. But the benefits seem to be outweighing all the trouble.

Like many others in the business, Morana, the Toronto-based beer importer, has seen craft beer’s audience undergo a radical shift. Along with his brother and father, Morana runs Bar Volo, a beer mecca that first opened in 1985.

A few years ago, the family changed the way Bar Volo operates, reducing the average serving size, using wine glasses for some types of beer, and broadening the bar’s selection to include far more styles with lower alcohol and more approachable and food-friendly flavours.

Their customer base has shifted from being nearly entirely male to 50 per cent women. “This whole, masculine, big-beer, big-serving-size movement is really changing,” Morana said.