CATHERINE McLEAN WINTERTHUR
SWITZERLAND
Special to The Globe and Mail
Published May 3, 2011 Updated May 3, 2011

For years, inferior cheese masquerading as the finest from Switzerland has snuck onto the shelves of stores around the globe. You might think that slice of holey cheese is authentic - but it may be the food world equivalent of a Louis Vuitton knock-off.

Dairy counterfeiters, however, should watch their backs. Cheese detectives are on the case.

Starting this month, Swiss experts will be scouring stores and cheese producers at home, throughout Europe and even North America, tracking down fakes of one of their most beloved varieties, Emmentaler - best known on this side of the pond as Swiss cheese. When they find a suspicious block, they will ship it back to Switzerland for DNA testing.

Cheese has been produced in the idyllic, green valleys of the Emmentaler region, tucked within the central Swiss canton of Bern, since the 12th century. The raw milk used to make the mild cheese comes from cows that only eat grass and hay.

It has become one of Switzerland's most iconic food products, along with chocolate, making Emmentaler a prime target for counterfeiters. The Swiss, like other European countries with unique regional food and alcoholic products, are fed up with cheaper forgeries that hurt their reputation and revenue.

In an effort to protect these goods, producers of everything from Emmentaler to Champagne in France to Parma ham in Italy have attained the Protected Designation of Origin certification. This label lets consumers know they are buying the real thing: The foodstuff must be produced the traditional way and must hail from the right region. The Swiss, however, are taking things a step further by moving the fight to the lab.

"The problem is that the cheese producers put a lot of money into advertising and they want to prevent others from selling under their name,," said Daniel Wechsler, a scientist at the Agroscope Liebefeld-Posieux (ALP) governmental research institute in Switzerland, which developed the test for Emmentaler.

It's been a classic "free ride" for the fakes, he added.

Roughly 3,000 tonnes, or 10 per cent, of Emmentaler is fake, according to Jürg Kriech, who is responsible for quality control at Emmentaler Switzerland, the organization that represents Emmentaler producers. That results in the loss of many millions in revenue, he estimates. Most of the counterfeit cheese is found in Italy. Piracy is less of a problem in Canada, due to its smaller market. Most of the counterfeits are produced, surprisingly, in Switzerland.

The copycat cheeses are not easy to spot just by looking at them, said Mr. Kriech. But there are important distinctions. The fakes tend to be produced on the cheap with milk that contains additives that are banned in Emmentaler. A consumer probably couldn't taste the difference with a young cheese, but the task becomes easier as the authentic cheese matures and the nutty and spicy flavours become more pronounced.

Since January, ALP been producing and delivering combinations of live bacteria to some 170 officially recognized Emmentaler producers to use in their cheese. The bacteria has specific DNA sequences that can prove whether the cheese is authentic Swiss Emmentaler.

The new, traceable cheese will start arriving in stores in May, said Mr. Kriech, as production rules dictate Emmentaler must mature for at least four months before it can be sold. Employees of Switzerland Cheese Marketing will then be on the lookout for counterfeit cheese, including shredded versions used in warm dishes that are easier to fake because there is no rind with the dairy's number.

Once a suspicious cheese is sent back to the lab, scientists will extract the entire DNA from about one gram of cheese and then search it for the specific DNA sequences to see if the bacteria added by the dairies are present, according to Mr. Wechsler.

The whole analysis takes 24 hours and costs about 200 Swiss francs ($220 Canadian) per cheese, which Emmentaler Switzerland pays for.

If a counterfeit is uncovered, the retailer will be asked to pull it off the shelves and reveal the supplier. The organization may also apply for an injunction and could even sue for damages. If the supplier turns out to be a member of Emmentaler Switzerland, they will be slapped with a fine and could even face exclusion.

There is no reason why such a test couldn't be deployed to test other foods such as sauerkraut or sausages, Mr. Wechsler added. Indeed, the producers of other Swiss cheese, such as Sbrinz (often grated over pasta) and Tête de Moine (served in curls), have expressed interest in this new method.

Not all wannabe Emmentalers will disappear from the market, however.

The Swiss only account for about 10 per cent of the world's total Emmentaler production. As Swiss cheesemakers immigrated to other countries over the centuries, they began to produce Emmentaler, Mr. Kriech explained. So this new test will only hunt out fakes pretending to be the authentic Swiss Emmentaler. Generic Swiss cheese, as a result, is still safe.

"Unfortunately, that's the way it is," said Mr. Kriech. "They can still sell it, but it has nothing to do with Switzerland." 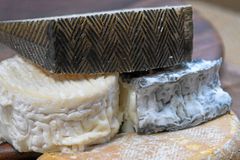 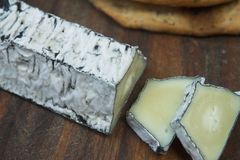 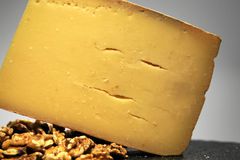