The Stanislao Radikon Oslavje 2005 we are about to taste isn't red, white or pink. This wine is orange – a hazy, golden amber, to be more precise, with sweet aromas of baked apple, melon and apricot pit.

Blended from ribolla gialla, sauvignon blanc and chardonnay grapes, the iconoclastic Friuli is actually a white wine. But whereas most white wines are quickly squeezed out of their skins, this eccentric Italian juice was macerated with its peels (like red wine) for three months, and aged for four years in Slovenian oak barrels without temperature control, added yeasts or sulphites, or other human tinkering.

In addition to giving the wine its strange peachy hue and preservative-free stability, lengthy skin contact also extracts astringent tannins, which make it taste like a tart citrus cider gripping the mouth into a tightly stretched facelift. Whoa. Is it oxidized?

No, this is "natural wine," one of the hottest – and most polarizing – trends in the wine world today.

"It's fabulous," exclaims Terry Threlfall, sommelier at Vancouver's Hawksworth Restaurant, where we are conducting the tasting. "I would even say it's fairly intellectual. But it is not a patio sipper."

Haven't heard of natural wine? You're obviously not from Montreal, New York, San Francisco, London or Paris, where young hipsters are agog over these cloudy, funky, sometimes brilliantly vibrant wines, which allegedly capture the true essence of terroir by using minimal chemical and technological interventions not just in the vineyard, but also in the cellar. Or perhaps you have heard such powerful, mainstream critics as The Wine Advocate's Robert Parker dismiss the faddish, fault-indulgent hippie juice as a "major scam."

I stumbled upon natural wines honestly, without knowing they belonged to a genre or philosophical movement. My palate was first piqued in Montreal, when a sommelier at Chez L'Épicier poured me a Jura chardonnay. I don't remember the name of the wine and it may not have been impeccably natural.

Yet there was something about that wine's thin vein of oxidation, almost reminiscent of a dry fino sherry, that hooked me. Especially after its nuttiness exploded into ripe apples when paired with puffed pork crackling. "Weird, non?" the sommelier grinned.

From Montreal to Los Angeles, I kept running into that faint fino flavour, but never with the same lip-smacking satisfaction. There was a Savigny-lès-Beaune chardonnay with a finish so short it could have fallen off a cliff; a cloudy maréchal foch from Quebec that tasted like Welch's grape juice; and a flinty Croatian Malvazija that all but evaporated upon swallowing.

I sent most of the bottles back, to the astonishment of their besotted servers, who assured me there was nothing wrong with them. "You just don't understand natural wine," the bluntest admonished.

Maybe, but perhaps Mr. Parker and his cronies were right. If not faulty (which some obviously were), these wines seemed almost self-consciously odd.

So when I met Michael Cody, co-founder of Sedimentary Wines, a Vancouver-based importer of high-end natural wines, I challenged him to serve me a "real" wine (as he calls them) that I would enjoy as much as that initial Jura. That is how we arrived at Hawksworth Restaurant, where the orange Radikon is starting to grow on me as its tannins melt into fatty bites of prosciutto.

"You need to have food with these wines," says Mr. Threlfall, who fell for natural wines at Terroirs Wine Bar in London. "It helps all that tannin and acidity make sense."

I'm enamoured with the elegant Gravner Ribolla Anfora 2004 (another orange wine, but less tight than the Radikon). But I'm not converted by the Rosso del Contadino No. 8 2010, which tastes like fennel sausage even without the charcuterie. This murky, pink blend of red and white grapes is grown on Mount Etna by extreme naturalist winemaker Frank Cornelissen and aged in terracotta amphorae.

"It is meaty," Mr. Threlfall agrees. "I think this is the weirdest one."

Puppy's breath? "How about stale, mouth-puckering morning breath?" I offer.

"I love seeing people's reactions to these wines," says Sedimentary co-founder Matt Sherlock (who somehow detects cherry pop rocks underneath all that funk).

What is natural (or naked, real, live, sustainable, artisan- and handcrafted) wine when it can't even be defined? The movement is so splintered there are now two rival natural-wine fairs in London and four competing associations in Italy.

The main bone of contention is the use of sulphur dioxide, an antioxidant, antibacterial and stabilizer. When not used, wine must be made in pristinely hygienic conditions, tenderly handled and carefully shipped or it will spoil. And there are many spoiled natural wines on the market, which has opened the movement to derisive scorn from the likes of renowned Rhône producer Michel Chapoutier, who recently denounced natural winemakers as out-of-touch bohemians.

"It's a connerie," he told Decanter magazine. "It is rubbish. It's like making vinegar, bad vinegar."

Mr. Sherlock agrees that there are many bad producers ruining it for others. "You can grow crap, stick it in some 2,000-year-old basin, let it ferment naturally and call yourself a natural winemaker – but all you're making is flawed, bacteria-ridden alcohol. ... For us, cleanliness and high quality are of the upmost importance. That, and deliciousness."

Which isn't meant to imply that "unnatural" wines are all artificial or not delicious. Some fans simply see the new natural-wine movement as a renaissance of old-world winemaking. The greatest wines are very close to natural, Mr. Threlfall explains. "Romanée-Conti is farmed biodynamically with natural ferments. They do use sulphur and I'm sure there are adjustments here and there, but it isn't a huge stretch."

In the restaurant world, natural wine is often viewed as a direct extension of the farm-to-table food movement.

"For years, chefs have been working really hard with farmers to bring organic, pesticide-free meats, cheeses and vegetables to the table," says David McMillan, co-owner of Montreal's famed Joe Beef restaurant, where 95 per cent of the wine list is natural. "But then the sommeliers were pairing all that great food with big oaky, high-alcohol wines from giant wineries …

"My favourite foods are the least manipulated – a perfectly ripe, side-sliced garden tomato with a touch of oil and a pinch of salt. All I'm looking for is that perfect plate of tomatoes in my wine."

Natural wines are as nature intended: a frank representation of a piece of land in any given year – nothing added, nothing taken away.

Though the rules are undefined and fiercely debated, natural wine goes beyond organic and biodynamic labels (whose certifying bodies only govern grape-growing) by extending a similar hands-off philosophy to the winemaking process. 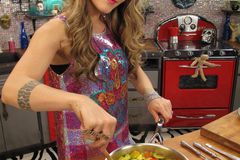 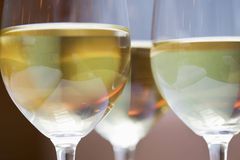 Recipes: Take dinner guests on a trip to Napa Valley
July 31, 2012
Follow Alexandra Gill on Twitter @lexxgill
Report an error Editorial code of conduct
Due to technical reasons, we have temporarily removed commenting from our articles. We hope to have this fixed soon. Thank you for your patience. If you are looking to give feedback on our new site, please send it along to feedback@globeandmail.com. If you want to write a letter to the editor, please forward to letters@globeandmail.com.
Comments