This was supposed to be easy. Test two recent cookbooks: India: The Cookbook, by Pushpesh Pant, and How to Cook Indian: More than 500 Classic Recipes for the Modern Kitchen, by Sanjeev Kapoor, by cooking and comparing a handful of dishes from each.

Piece of cake - or at least a ball of slippery-sweet gulab jamun - I thought. Four dishes in, I was shot. I approached the preparation of the final dish with sadness and resignation, and more than a hint of anxiety, much like a man facing my final supper, but with the added insult of having to prepare the meal myself.

There are really only two criteria that matter when evaluating a cookbook: reliable recipes and delicious food. Everything else - photography, accessibility and elegant prose - is just garnish, the savoury chutney that enhances the main dish.

India: The Cookbook and How to Cook Indian fail on both counts.

It's surprising given that both books, were touted as definitive anthologies of regional Indian cuisine. The North American publisher of How to Cook Indian introduced Mr. Kapoor, already a star in his native land, as "India's Rachael Ray," and that accessibility is reflected in the book's casual tone. But there are no photos and the recipes require ingredients that may prove hard to source beyond cities with large Indian communities (accessibility means very different things in Hyderabad than Halifax). Mr. Pant is an academic, and his tome engages readers about as much as a university textbook. Colourful, styled photos break the encyclopedic monotony of India: The Cookbook's 1,000 recipes.

Both volumes are plagued by sloppy, untested recipes. How to Cook Indian's version of dal makhni, black lentils with butter and cream, is a culinary descent into madness: the lentils are simmered in water, but the amount, "5 cups (1 liter [sic]" is inconsistent - the metric amount is 15 per cent less than the imperial option. That same recipe calls for a half cup of red kidney beans, mistakenly converted to a mere 15 grams. The very next recipe identifies the same volume of kidney beans as 115 grams. All of the recipes include imperial to metric conversions that anyone with access to Google or a measuring cup could fact check - too bad no one did.

Unfortunately, India: The Cookbook fails to surpass the low standard of its competition. Take butter chicken, the Indian dish most craved by Westerners. Mr. Pant's recipe includes three steps: a marinade, cooking the chicken, and preparing the sauce. Nowhere, however, does it include a step to combine the chicken and the sauce. Simply adding the chicken into the sauce yields a curdled mess that mellows into a slightly lumpy dish of tender chicken perfumed with savoury notes of fenugreek, Kashmiri chili powder, and bright, acidic tomato. The flavour sings, but the process frustrates.

It would be nice to offer a simple rule of thumb for choosing one of these cookbooks. Mr. Pant's mashed, grilled eggplant ranks as perhaps the best I've ever tried anywhere, including India. Likewise, Mr. Kapoor's talent for balancing flavours shines through in his coconut shrimp, a flawless mix of spicy, sweet, salty and umami. My anxiety stems from the fact that cooking from either book was no more reliable than flipping a rupee coin: In my head-to-head cook off, the superior recipe seemed no more than a matter of chance. And how do you choose between that?

Eggplant bharta: India: The Cookbook wins the first fight with smoky eggplant accented with onion and spice. Charcoal grilled eggplant is hard to screw up, but Mr. Kapoor's recipe calls for one large eggplant mixed with five large red onions. It reads like a mistake and, wow, does it taste like one, too.

Butter chicken: India: The Cookbook: Yes, the sauce is a curdled mess and the instructions are incomplete, but the final product tastes creamy and spicy, whereas the addition of a tablespoon of honey makes Mr. Kapoor's version overly sweet.

Chingri Malai curry: In the shrimp in coconut curry round, How to Cook Indian came out on top. Mr. Kapoor balances sweetness with mustard seeds and cumin; Mr. Pant's gravy is so cloyingly sweet that it tastes more suitable for a dessert sauce.

Lamb biryani: How to Cook Indian: Kapoor's biryani offers a complex melange of flavours. Mr. Pant's version can't even get the amount of the main ingredient right. Given the choice between "2kg/2 1/4lb lamb," I opted for the latter. The result was a tiny bed of lamb supporting a mountain of bland rice.

Dal makhni: Tie: Based solely on flavour, How to Cook Indian wins, but Pant's version is good, if underspiced, and nonsensical measurements and faulty instructions detract from the appeal of Mr. Kapoor's far more appealing flavour profile headlined by a powerful note of cumin. Review: Plenty is one of the greatest vegetarian cookbooks of all time
April 19, 2011 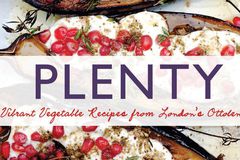 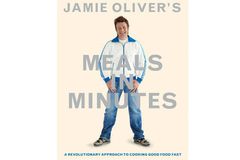