For the second consecutive year, local crews commanded by Finnish experts have been building a glorified snow fort: 40,000 cubic metres of snow and 2,000 ice blocks (at 136 kilograms apiece) make up Montreal's Snow Village Hotel. Over the past few weeks, they have built an ice bar and restaurant, as well as a 25-room hotel, a wedding chapel and a lobby (which, at 9.2 metres high, is the largest ice dome in North America).

While the ice hotel in Quebec City has been well known since opening in 2001 and lets you sip drinks in cool environs, the Snow Village is a concept imported from Finland and Norway that ups the ante (and competition) with the continent's first sit-down ice restaurant.

Bundle up for this unique dining experience: The three-metre-thick walls of the Pommery Ice Restaurant keep the temperature between -5 and -2 Celsius while faux fur blankets mitigate the cold from the carved ice chairs; wooden boards made from tree trunk husks act as placemats on the ice tables (and work to keep the food warm after it is delivered by bare-handed waiters decked out in Sorel boots and down-filled parkas).

The kitchen is headed by the talented executive chef of the InterContinental Hotel in Montreal, 29-year-old Matthieu Saunier. Born and trained in southern France, Saunier has worked through a succession of Montreal kitchens since arriving in the city seven years ago. In 2011, he was named the youngest executive chef in the InterContinental chain, and he currently cooks his Provençe-inspired cuisine at Osco.

Saunier's $69 three-course dinner menu at the ice restaurant aims for broad appeal and includes such dishes as Jerusalem artichoke and cauliflower cream soup with stewed wild boar and a Japanese-accented sea trout tartare. The Globe and Mail stole a few minutes with the chef on the busy first day of service.

What are the challenges of running an ice restaurant?

The kitchen is really small and to prepare is difficult. Because it's cold for the customer, we try to get things out as quickly as we can. And to serve the food so it is very hot when it gets to the table. Other things, like if there is a tempête [snowstorm], how we will get the ingredients delivered?

What was your starting idea in conceiving this menu?

I want to reach a lot of people, so we do something like Cornish hen: We stuff it with mushrooms and morels and we cook it sous-vide for four hours so it's nice and tender, and we serve it with a coq au vin sauce. The squash and sweet potato with lemon confit, we serve it with a southern-style broth, ginger and garlic, something that keeps you warm.

Coming from a French culinary tradition, how do you view Quebec cuisine?

You've worked all over the world, in France, Italy, Corsica, Tunisia and England. Why did you choose Montreal?

It was a trip with one of my friends. We wanted to see North America, especially Quebec. We arrived, I started to work at Thursday's and L'Epicier, then the InterContinental. Management gave me the opportunity to be executive chef, which I'm really proud of.

What made you want to be a chef?

My father used to work in the seafood market and I used to go all the time with him to go to see the chefs. When I was very young, I was in their kitchens all the time, so for me it was really amazing. So I say I want to be a chef.

The ice restaurant is open until March 24 for lunch and dinner, Thursday through Monday. Visit www.snowvillagecanada.com for more information and to make reservations. 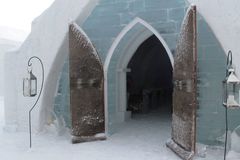 Eye the Northern Lights from an igloo in Finland
February 27, 2012 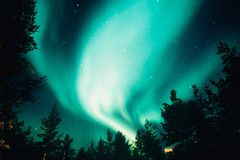 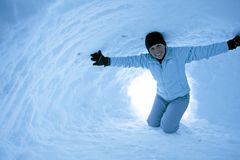