Chris Haworth is a top cider maker in the country – a status that was solidified earlier this year, when his company West Avenue Cider won four gold medals and two best-in-class awards at the Great Lakes International Cider and Perry Competition in Michigan, the world’s largest cider competition.

But there was no time to celebrate. The following day, Haworth was back at work on his year-old 75-acre farm outside of Hamilton, mucking out hundreds of holes to plant an apple orchard. And that work is just part of why it’s so difficult to produce Canada’s oldest alcoholic beverage.

The real problem is the government: When it comes to regulations, cider is the forgotten stepchild of booze. In Ontario, cider doesn’t have its own category under Alcohol and Gaming Commission regulations, but instead is tossed in with wines.

“We drink it by the pint, like a beer, but it’s treated as a wine,” says Haworth. Cideries are licensed like wineries, and ciders are classified as fruit wines. That’s important, because it denies Ontario cider makers a designation (and a sales rebate) from the Vintners Quality Alliance, since VQA only applies to wine made from grapes. 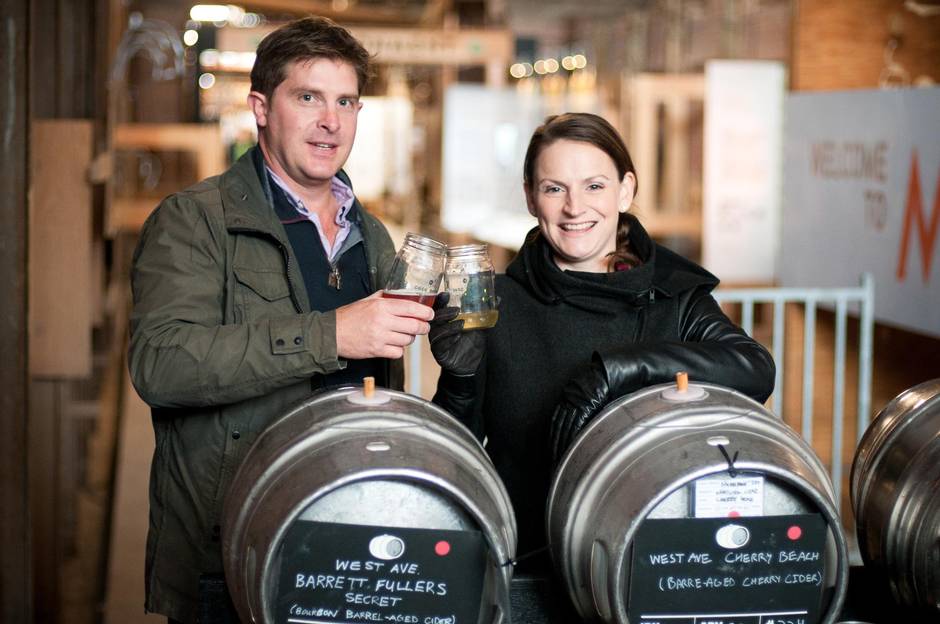 Cideries also pay a higher markup on every bottle or can sold at the Liquor Control Board of Ontario than the province’s craft brewers do – about $7 more on each 24-can case of Ontario cider sold gets clawed back by the LCBO compared to Ontario craft beer.

“The tax is crushing us before we even get started,” says Nick Sutcliffe, owner of Pommies Cider in Caledon, Ont., which is sold at the LCBO. “We’re a carbon-positive, rural industry using 100-per-cent Ontario-grown apples, but imported beer gets less of a markup than we do.”

The real killer for Haworth, who sells 90 per cent of his product by the keg, is the 36.5-per-cent government markup he’s forced to pay on kegs he sells directly to bars and restaurants.

“That’s fine if you’re selling a keg of wine, for say $450, because you sell wine by the glass, he says. “But it’s harder to make a profit if you’re selling it by the pint and charging under $150 per keg,” he says. Ontario craft brewers don’t pay any fee.

It all means starting a craft cidery in Ontario is just as hard as getting your hands around a glass of one of Haworth’s mind-blowing tipples.

Take his Bleuet Sauvage, a cider fermented with natural yeasts from the apple skins, then aged in barrels for 12 months with blueberries. The drink is like a champagne gone wild: dry, bubbly and deep-blush with swirls of blueberry, strawberry, wildflowers and barrel funk on the nose. Sadly, it’s only available at a few select bars and restaurants in the Golden Horseshoe after its annual bottling, and it sells out fast. 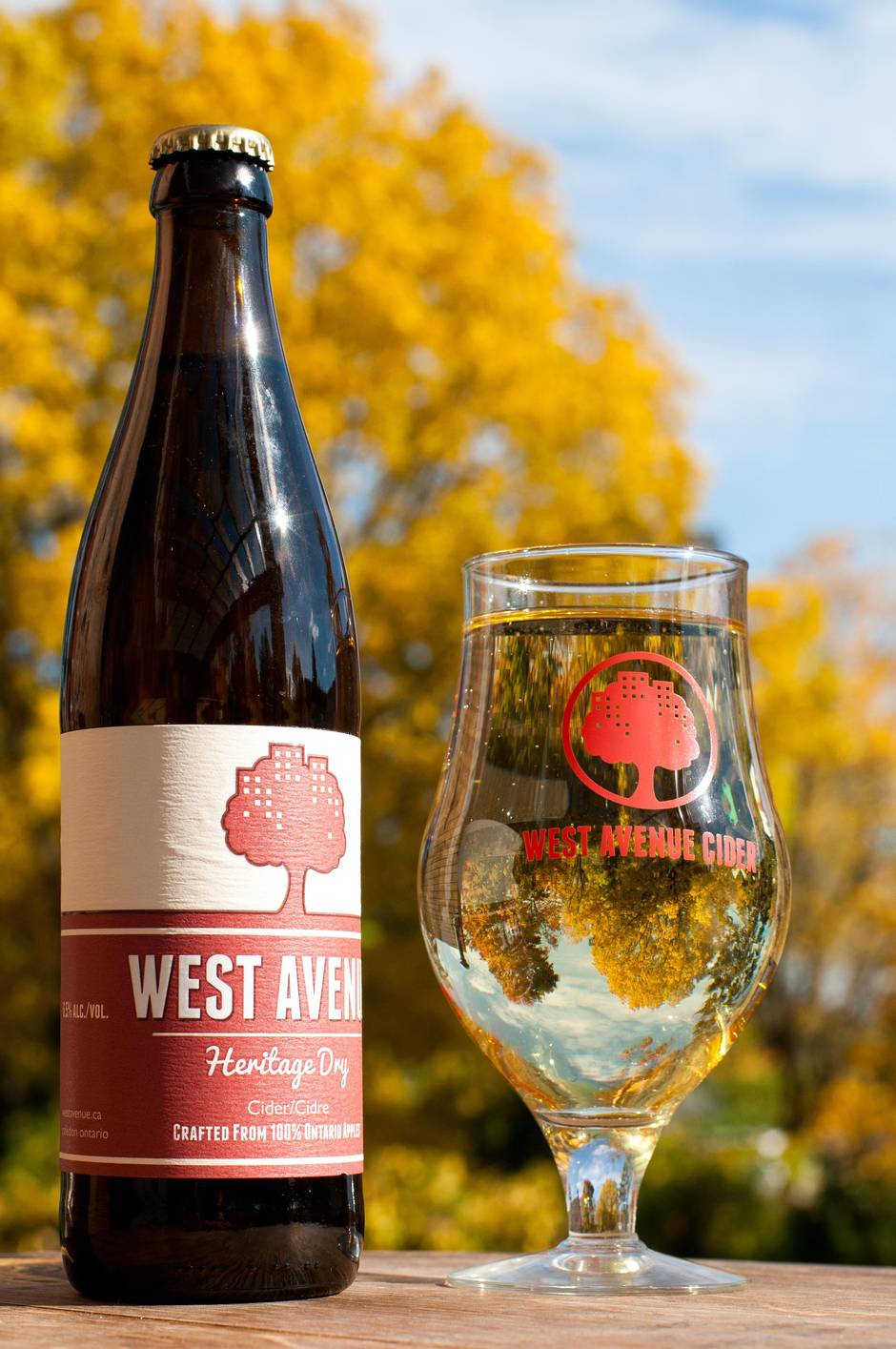 Haworth left his chef job to start West Avenue seven years ago. He would love to be selling his ciders from a retail store at his production facility in Hamilton, like breweries do, but that’s something else he can’t do. Because cideries are licensed as wineries, selling directly to customers is only allowed from fruit-producing orchards of at least five acres in size.

Haworth is nearly there – he expects to get his orchard licensed next spring – but in the meantime he’s been making cider out of a custom blend of fresh-pressed juice from respected cider makers, Twin Pines, outside of Sarnia.

After five years as a full-time cider maker, Haworth and his wife and business partner, Amy Robson, went all in. They sold their Toronto home to buy a 75-acre farm in Carlisle, Ont., and moved with their children Evelyn, 9, and Hugo, 7, last summer.

Robson works full-time as a vice-president at an animation studio, and does the books at night. Haworth, and his sole employee do everything else, from planting the 3,500 trees on the fledgling orchard, to filling kegs, making cider and delivering it to bars.

Robson’s salary pays the mortgage on the farm: The couple want to be their own bosses so they’ve declined all investment offers so far. Every cent Haworth earns goes back into the company. So far, the startup cost of his orchard-based cidery is at least a half-million dollars more than a craft brewery of a similar size.

Even without a fruit-bearing orchard, Haworth operates like he’s got one, only making cider once a year. Using others’ apple juice is common: Most cider companies choose to skip the orchard idea altogether, buying pressed apple juice and make cider all year round. But that’s just not in Haworth’s bones. He buys juice just once a year, at harvest time when it’s at its peak, and makes it last. 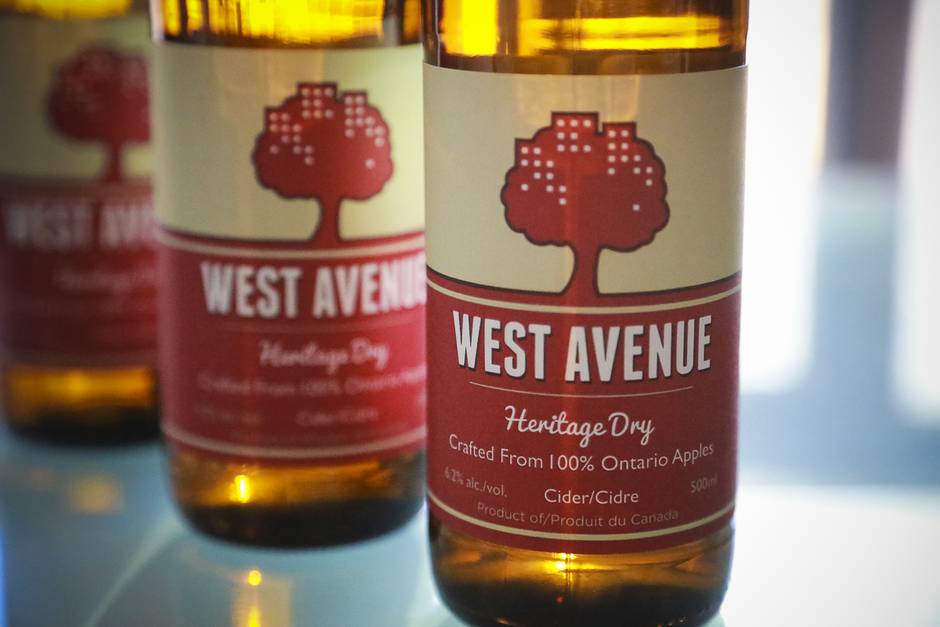 His mainstays, Heritage Dry and Cherriosity, take six months to ferment. The rest of his ciders take at least a year – all of them are fermented in small batches inside one of the 180 used bourbon, tequila, wine or cognac barrels that line the back wall of his cider house, a former welding shop off of a highway.

Inside the barrels are whole blueberries, strawberries, rhubarb or cherries. Haworth never uses concentrate, only whole, Ontario fruit. And mostly, his barrel-aged ciders ferment naturally from the natural yeasts found on the fruit and in the barrels, giving them a distinctive house character.

“The modern cider industry in Ontario is due largely in part to Chris,” Rick VanSickle, wine writer and publisher of WinesinNiagara.com, says. “He’s the most imaginative and adventurous cider maker in Ontario – he’s set the benchmark for modern cider makers to follow.”

Next Easter, if the license comes through as planned, cider heads will finally be able to find West Avenue’s brands all in one place. Get ready, because Haworth has been stockpiling bottles of his wild, wonderful fruit wine.