One taste of chef Rob Gentile’s tuna ’nduja, a soft and spicy, spreadable salami made from the tuna’s bloodline – that dark strip of blood-rich muscle that runs down the centre of the fillet – and you might just conclude we’ve been wasting the best part of the fish all these years. “We were told to throw the whole bloodline in the garbage,” Gentile says of learning to clean tuna as a young chef. “When I went to Italy and ate it for the first time I was beside myself because I couldn’t understand why anyone thought it was garbage.”

It’s a story familiar to anyone who has ever overpaid for lobster in a restaurant: What was once considered inedible or lowly has risen to the level of delicacy. The nose-to-tail movement that seeks to utilize every part of an animal inside and out has made the natural transition to seafood – call it nares-to-fin, if you like. Making this movement especially appealing is the simultaneous rediscovery of salumi di mare, or seafood charcuterie, that goes beyond traditional methods of preserving fish (smoking, salting, drying) to create new delicacies that are bringing unexpected flavours to familiar fish and introducing diners to some things that may have been discarded in the past. 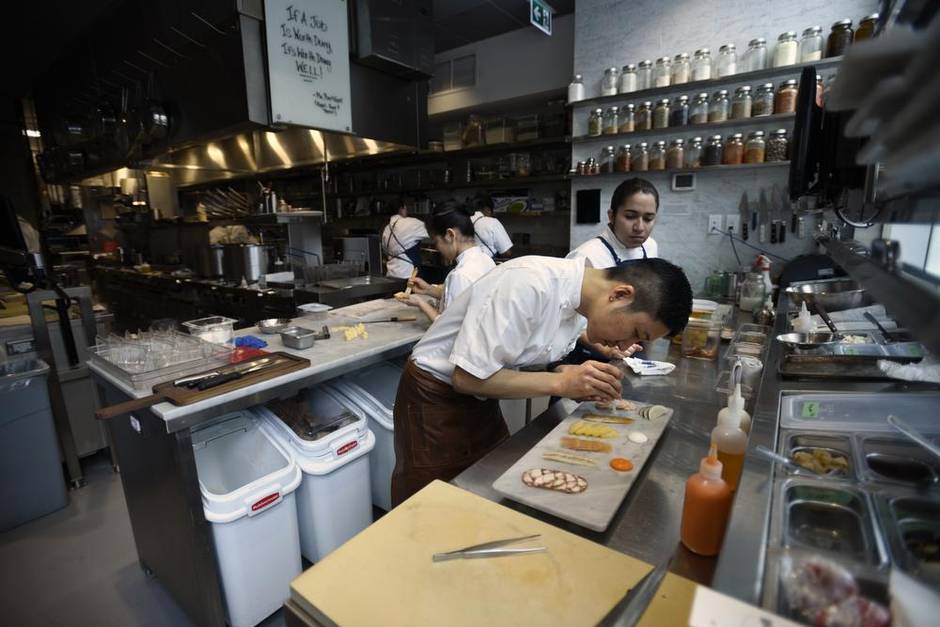 Buca Yorkville, Gentile’s lauded new seafood-focused restaurant in the upscale Toronto neighbourhood, is ground zero for this style of cooking. In addition to his tuna and swordfish ’nduja, he’s salting and curing lobster roe and sea-urchin gonads to create a sticky, intense bottarga that can be grated over dishes for a hit of intense umami. He slow-cooks octopus and preserves its liquid to mix with preserved lemon and chili to make a gorgeous, marbled salami. Smoked sturgeon bones become rich stocks, and marrow from the fish’s spinal column is stuffed in tortellini.

One of Gentile’s favourite ingredients is roe sacks from heavily smoked herring, something people have been throwing in the garbage since the late 19th century. He was introduced to this particular treat by Alex Cruz of the culinary collective Société-Orignal, which seeks to revive and rediscover rural Canadian food traditions and products. 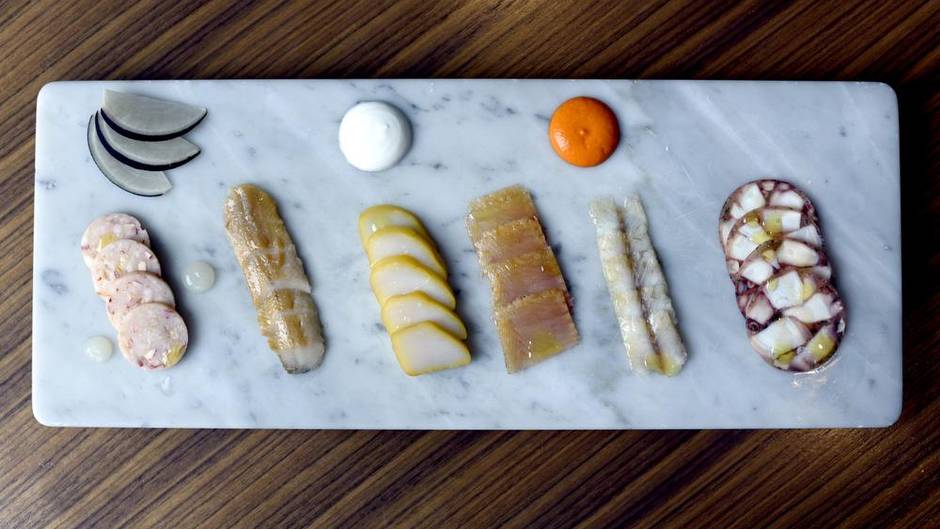 “We started working with this place called Fumoir d’Antan in Îles de la Madeleine,” Cruz explains. “It’s a classic old smokehouse of the kind that used to be part of a major industry around here throughout the 20th century.” Early Scottish, Basque and French settlers developed a very specific way of smoking the herring for as long as three months over maple. “Consequently,” Cruz says, “you have all these female herring that have the eggs in them and the eggs cured naturally inside the mothers. It’s amazing that they used to just throw them away.”

Gentile uses them in a variation on pasta carbonara with the smoked herring roe replacing the cured pork jowl that traditionally punctuates the dish, giving it a complex, fishy smokiness with a rich, almost livery component. It completely refutes the idea that fish should never be served with cheese.

Out on the East Coast, at Mallard Cottage in Quidi Vidi Village just outside St. John’s, another traditional Italian charcuterie-inspired chef Todd Perrin’s seal-loin bresaola, a take on the classic air-dried, salted beef. “We wanted to come up with some different ways to use seal and preserve it in other ways besides freezing it,” Perrin says. “If you look at a seal loin it kind of has that deep ruby colour of good bresaola. It’s got an oiliness and a fattiness to it that allows it to dry out, but still maintains that kind of silky texture.” 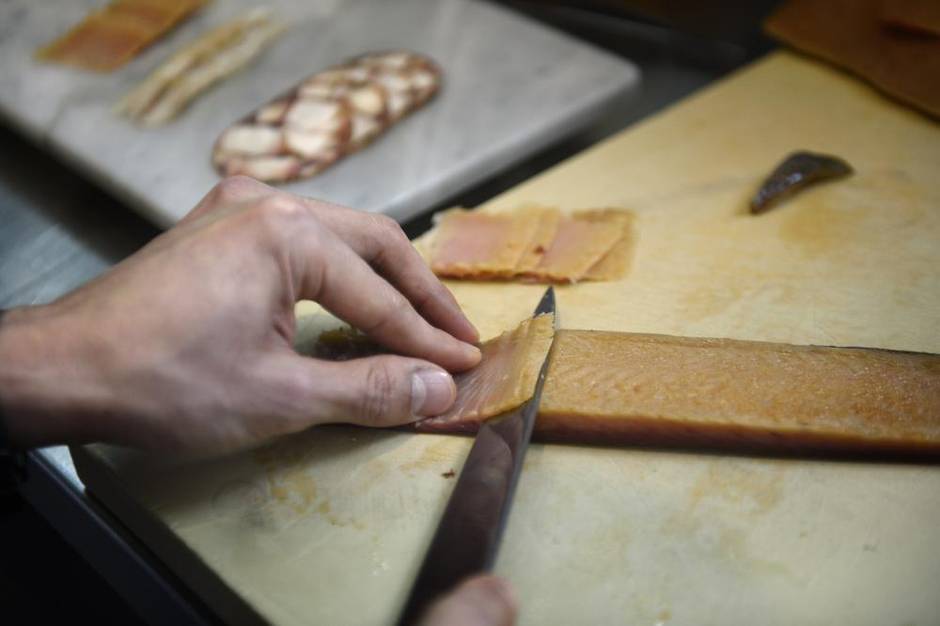 After seasoning and drying the loins for up to three months, Perrin will either serve it thinly sliced on a charcuterie plate with a little Parmesan, sea salt and oil in the traditional manner or grate it as a garnish over pasta. “It has a flavour of the sea,” he says, “and it has a saltiness to it with a bit of richness, kind of a beefy sea flavour that’s just really interesting.”

Applying ancient techniques from one branch of cooking to a whole new set of ingredients is resulting in some of the most exciting things happening in cooking right now. Nonetheless, Gentile says, “We’re not doing things because we want to be cool about how much we can manipulate food.” His motivation is simply to have people taste something they never realized they could eat, or be surprised by something they maybe thought would be challenging. “Ultimately,” he says, “I want people to leave feeling like they’ve made a new discovery.”