When David Zilber said he knew how to "fix" Soylent, I was all ears.

Zilber cooks at Noma in Copenhagen, one of the world's most lauded restaurants, where 16-course dinners are equal parts science, nature, art and craft.

Soylent is the famously flavour-free nutritional meal replacement liquid. The origin myth has it that its Silicon Valley founders developed the product in 2013 to save the time and hassle of preparing food in order to focus on their entrepreneurship ventures, before realizing that the drink was their business. Since 2015, Soylent has been available for shipping to Canada, with a dozen 414-millitre bottles selling for about $34 (US).

A decade ago, I worked in a kitchen with the Toronto-born Zilber. I know him to be an open-minded chef and an expert on taste, as fascinated with chemistry (you'll need a dictionary to follow his Instagram feed) as with a good, ripe tomato. He's in a unique position to tell us how to make un-food better.

How long have you been at Noma and what do you do?

I'm the fermentation sous chef. I started at Noma two years ago, and my bosses decided to transfer me to the lab in October, 2015. I spend my days in the end-of-the-world looking stack of four shipping containers in the restaurant's parking lot. And it's within this facility that all the fermented products are produced for the restaurant. Everything from kombuchas to garums, lots of koji (mouldy barley), misos and much more.

It's a huge job to manage the production of these products for a restaurant that's capriciously creative, where things can change midday, especially when you need four to six months lead time on some of these pastes and potions. But production aside, the R&D is what makes the job so fun.

I genuinely have the time and space to make foodstuffs that have never before existed – rose bee pollen garum oil, black garlic kombucha, black awamori barley koji amazake beer, twice fermented koji woodruff water – just for our little 45 seat restaurant to use. It's a cool gig.

When did you first try Soylent?

I spoke at the world's first conference for cellular agriculture in July, in San Francisco. Cellular agriculture is the term used for the production of animal products without animals. Milk without cows, egg whites without chickens, beef without cows. Scientists use different means to go about this, one of which is editing our old trustworthy microbial steed, yeast, to metabolize sugar into not alcohol, but whatever protein you're after. There's a world of possibility there. I was moderating the first panel that day, on the future of fermentation. The conference was sponsored in part by Soylent. They had samples.

Can you describe the taste?

Soylent is chalky coloured and viscous. It's very starchy and has a noted minerality. It's made with the intent to be neutral, inoffensive and nondescript. The logic being that if it had a stronger flavour, you'd get sick of it. Water has a flavour. No one's sick of water.

It's too thick. The viscosity is by far the worst part. I've heard it described as "pancake batter," which is apt. It's thick, but not like a milkshake is thick. It's thick when it's warm. It hits your tongue and holds onto itself.

As you swallow, it starts sliding down your throat while it's still firmly hanging out on your tongue. It's the emulsifiers and thickeners that do it in. There isn't an amount of fat in it to justify the thickness it has.

The funny thing is, after you swallow, the flavour greatly improves, as whatever is left of it starts mixing properly in your mouth with your saliva, the flavour opens up. It becomes diluted and is registered more easily by your taste buds, finishing just shy of a really oaty, slightly metallic, leftover cereal milk.

Did you just have a few sips or did you drink the whole bottle?

I tried to drink the bottle. I couldn't. It was too filling. Like drinking a half litre of mayonnaise would make you full, you know?

I wouldn't call it satisfying in any sense. I wasn't inclined to keep drinking it.

But were you full? Were you hungry after?

No, so they succeeded there.

How would you fix the taste?

Soylent has been engineered by people who hate food, in order to replace food. It's sad. Food is one of life's great pleasures, one of life's social glues, a bridger of cultures. Soylent is effectively anti-food.

I don't work in food science, but I'm a chef who dances in the borderlands between the two. The worst part about Soylent is its texture. Eject the emulsifiers. The maltodextrin has to go. It's a modified starch that's responsible for making less than two cups of liquid feel like Thanksgiving dinner. Lightness is grace. If you could end up with a drink a texture just a tad thicker than whole milk, fresh from a cow, I feel as though you'd turn a lot less people off.

Looking at the other ingredients in there, rice is a big component. Ferment it. The Japanese have built an empire of deliciousness from moulded rice koji. It has a flavour all its own and makes the rice more nutritious and digestible.

Toast the oats. Bring out their character. The algal oil is actually pretty smart. The canola oil, maybe not. Virgin rapeseed oil (same plant, different process) is much tastier. And maybe that's the point of what an engineer misses while trying to concoct food. Something doesn't need to be bland to be inoffensive.

Tell me why algal oil is smart.

The algal oil is a smart idea because it's a nutritious source of omega-3s (good for your brain function, good for your blood flow) and really, we should stop reaming the ocean of its wildlife (oily fish like salmon and herring are the most readily available sources for these oil supplements). And I think it's nice to showcase the potentials of food sources like algae, which ought to be playing a bigger role in our food system.

Do you think your pro-food, pro-flavour, pro-life-enjoyment bias is causing you to miss the stated goal of this product? That it's supposed to taste like nothing. That any flavour would result in taste-fatigue from consumers.

The stated goal of the product is to be a meal replacement, not to be gross. Four ways to give water a flavour boost, without added sugar
August 22, 2016 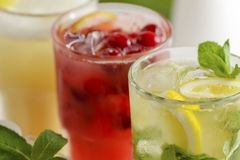 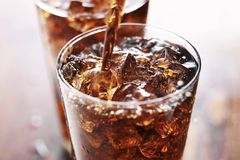