It's Thursday night at Bar Hop, a downtown Toronto tavern boasting 38 beers on tap, and things are, well, hopping. On the constantly changing draft list are brews ranging in style from Belgian spiced ale to German-style wheat beer, forcefully bitter IPA to tart and tangy Berliner weisse, yet almost all share one immediately identifiable trait: They are far from transparent.

In the occasionally all-too-chummy world of craft brewing, this burgeoning trend of hazy or downright turbid beers, appearing across the continent in an ever-increasing range of styles, sounds a rare note of discord. To some brewers, cloudiness is emblematic of their devotion to pure, unfiltered flavour, while to purists and traditionalists, it can be viewed as a sign of rushed, lazy or even underskilled brewing practices.

Firmly entrenched in the latter camp is Michael Lewis, professor emeritus of brewing science at the University of California at Davis, who is quick to dismiss the common claim that cloudy beer is more flavourful as "silly."

"Quality beer has always been clear," Lewis says, adding that there are multitude of ways in which to achieve clarity without sacrificing flavour, from proper maturation of the beer to finings that pull haze-inducing elements out of solution, various forms of filtration and even the use of centrifuges.

"Putting beers on the market that are deliberately hazy – or, worse, accidentally hazy – [is] a risky sales strategy because it might signal not so much 'craft' as 'incompetence.'"

"A lot of the cloudy beers you're talking about are hop-forward, often dry-hopped once or twice, and obviously that's going to drop a lot of particulate into the beer," McOustra says, referring to the common practice of adding extra hops to a beer during fermentation and occasionally again during aging.

"Personally, some of the best beers I've had have been visually very hazy. There is a lot of flavour in that haze.

"Taste rules it all," McOustra says. "If you enjoy the flavour, does it matter if it's hazy or not? I don't know if it does."

The fact remains, however, that many drinkers will still judge a brew from its appearance alone. Hence the large number who maintain that they don't like "dark beer," regardless of style or flavour.

So, is a murky IPA really presenting a brewery or the beer itself in the best light?

The former co-owner and head of brewing operations for Montreal's McAuslan Brewing says clarity was a "preoccupation" during her more than two decades at the brewery. "Allowing the consumer to believe hazy beer is the norm is the slippery slope to allowing poorly produced product to ruin the reputation of craft beer," she says, "Yes, cloudy filtered beer has more mouth-feel and flavour, but it also could have beer-spoiling bacteria lurking inside."

That "mouth-feel" is the principal reason that certain styles of beer, such as German and Belgian wheat beers, have historically boasted cloudiness as part of their classic profiles. It is only recently, however, that some brewers and contingents of beer drinkers have latched on to the idea that murkiness is acceptable for other beer styles, as well, from pale ales and IPAs to saisons and even pilsners.

All of which raises the question of whether it is better to have bigger flavours in cloudy beer, with potential problems lurking therein, or crystal-clear ales and lagers that are more assuredly free of potentially problem-causing bacteria and other bugs, but may not be quite as palate-coating or bracingly bitter.

In the short term, at least, North American craft-beer drinkers appear to have voted overwhelmingly with their dollars and thirsts for cloudy brews, since the hundreds of breweries that rush such beers to market, perhaps a little too quickly in some instances, don't seem to be suffering for doing so. It remains to be seen, however, how long this trend will last and whether the craft-brewing cohort winds up regretting the slide from clear to murky. 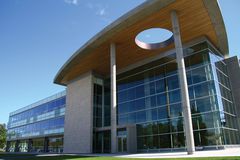 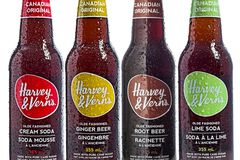