The accolades for chef Sean Brock are piling up. He's won both an Emmy as co-host for The Mind of a Chef and a James Beard Award for Best Chef Southeast. David Chang of Momofuku fame has credited him with redefining American food; Anthony Bourdain has called him one of the most important chefs in the United States.

The praise is well deserved. At his restaurants Husk and McCrady's in Charleston, S.C., and Nashville, Brock serves up reinvented takes on U.S. Lowcountry cuisine – fresh, field-to-table soul food that's layered with multiple textures. He's known to mix innovative cooking techniques with Southern sensibility, prepare vegetables to varying degrees of doneness and serve food in cast-iron pans and wooden platters. In his hands, even humble ingredients such as chicken skin become ethereal. Battered, fried and doused in a nose-tickling coat of smoked paprika and garlic powder, they're like curls of barbeque chips.

Beyond his accomplishments in the kitchen, Brock has become somewhat of a food warrior, campaigning to revive heritage Appalachian species such as field peas, Charleston Gold rice, heirloom corn and sorghum. The down-to-earth chef has also been credited with being partly responsible for revitalizing traditional culinary practices, making Southern cooking progressive. And hot.

Brock's enthusiasm is contagious; it's hard to resist his sincerity, or his giggles. In his first – and widely anticipated – cookbook, Heritage, readers can find charming anecdotes sandwiched between his best-loved recipes, and heartfelt profiles of the many producers he has worked with closely over the years. His approach is earnest and sentimental; although soft-spoken, the impact of his words is influential. He is the reason there was a 200-plus-person lineup outside last week's impromptu fried chicken and burger pop-up at Toronto's P&L Burger.

We spoke with the rosy-cheeked chef, who shared his thoughts on how understanding food history, working with experts and perseverance can create a tastier food environment.

"It's a word that means a lot of different things to different people. For me, it's an idea that's passed down, and the inspiration for moving forward. It can be anything from a cast-iron pan, a recipe or a great story about us – a place, time or family.

"It's important to have a full understanding of history first before moving forward to progressive cuisine. Once you have an idea of the history and why things happened, how they affect the food on the plate, then you have a rite of passage and you can ask what the future is."

"A large part of my career has been dedicated to trying to find those old flavours again. It's a rabbit hole: You get stuck while down there.

I got to work with [David Shields,] a professor [of Southern letters] at the University of South Carolina who researched all the agricultural literature, old recipes, newspaper clippings and journals of the 19th century. He'd go out and find that seed, test it to make sure it's the right varietal and put it in the ground. As people from all over the country read articles where I talk about that, they realized that they have a special family variety … I'm always getting handwritten letters with bags of seeds and a history of the plant.

"One of my focuses has always been in returning to the correct way of growing food. Change the way we're farming: Stop dumping chemicals on our soil and grow your own food. That's the way to grow more nutritious and delicious food.

"It's a big goal for me to serve an all-white Hoppin' John [a traditional Southern dish made with rice and peas] – to cook with Sea Island white peas. They were grown for a short time in the Lowcountry in the 19th century, but there's very little seed stock right now. I've attempted to grow it for seven years and failed – it's very sensitive to heat, especially with climate change."

On working closely with ingredient purveyors

"One of the great things is the trust between cook and producers. I have a relationship with a farmer, and we're starting to discover foods of a region that I thought was at risk of fading away. I've been able to help with a variety of corn that took seven years to grow, set up systems to extend a seed collection and keep it going. Now it's available to everyone. There's a sense of pride in discovering the foods of a region, and it's one that keeps communities together. If you look at that as being the future, it's a pretty darned exciting way to approach food."

"What's neat about it is the same thing with food is happening with whisky: People are realizing the importance of its role in culture. Diners are more educated and are starting to discover how delicious whiskies are. 'Wow, we invented bourbon?' They're even starting to collect dusties – old bottles that have been sitting around since the sixties, seventies and early eighties. It's been fun to see that show up in restaurants and bars. We've become very proud of it."

This interview has been condensed and edited.Special to The Globe and Mail

What a curious lawsuit about egg-less ‘mayonnaise’ can teach us
November 25, 2014 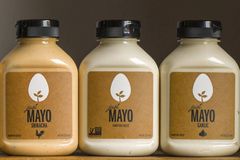 From Quebec, a classic English clothbound cheddar is ‘best in show’
November 25, 2014 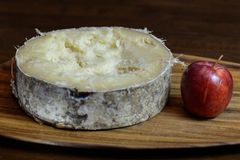 How chefs are taking this trendy Japanese pancake to the next level
November 21, 2014 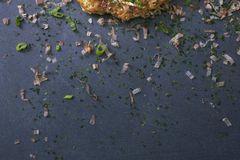