When he was growing up in the 1980s, vanilla ice cream sandwiches bought from the local corner store were young Billy Friley’s favourite summer treat. As sweet, fluffy frozen filling oozed from between soft chocolate cookies, he licked along the sides, savouring each sandwich bite by bite.

Two decades later, Friley is the owner of Village Ice Creams, a small-batch ice cream shop in Calgary’s Victoria Park neighbourhood. When developing his own ice cream sandwich, Friley wanted to capture that childhood memory – but do it one better.

“People had that nostalgia but their adult sensibilities didn’t allow them to indulge,” he says. “We thought we could make an ice cream sandwich with similar flavourings but instead use really fabulous ingredients.”

It seems strange to declare ice cream sandwiches a food trend; according to Jeri Quinzio in her book, Of Sugar and Snow: A History of Ice Cream Making, one New York Mail column proclaimed the sandwich a fad in 1901. But in their current incarnation – daringly flavoured ice cream and frozen mousse sandwiched between giant macarons, cookies, puff pastry and even flattened churros – they are the vanguard of hand-held summertime confections.

Friley’s sandwich starts with a rectangular fudge cookie reminiscent of his childhood snack but his flavours step it up a notch: they include classics (chocolate, strawberry and vanilla) and experimental (salted caramel, cardamom, Earl Grey tea and toasted coconut). The sandwich comes wrapped in Willy Wonka-esque silver foil. And the strategy has paid off. “Adults are our main customers,” he says. 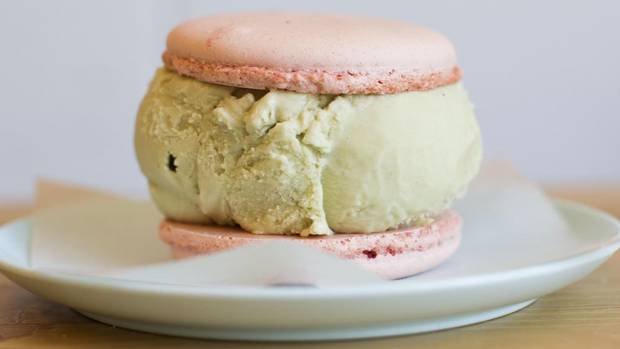 Strawberry macarons with avocado ice cream from Bang Bang Ice Cream and Bakery in Toronto. (Chris Young for The Globe and Mail)

In late May, Arthur Pezzelli opened Bang Bang Ice Cream and Bakery with his sister, baker Rosanne Pezzelli, on Toronto’s Ossington strip. Business, he says, has been very brisk. While his ice creams are also available at his sister’s bakery, Bakerbots, starting Bang Bang meant Pezzelli finally got his own kitchen.

There, he constantly experiments with new flavours of ice cream, including burnt toffee, white sesame and Bellwoods Brewery stout. One day, on his lunch break, he even assembled a soft waffle “taco” with avocado, maple bacon and sweet corn ice creams.

At Bang Bang, customers can choose from 25 flavours of ice cream and have the option of using cookies, macarons, puff pastry or even a bubbly, flexible Hong Kong waffle to “sandwich” their creation. Pezzelli says one of the best parts about this trend is the nearly unlimited possible flavour and texture combinations. “Ice cream sandwiches have been around since ice cream, but this is relatively new.”

Adam Chandler, pastry chef and founder of Vancouver’s Beta5 Chocolates, started selling ice cream sandwiches from Easter to Thanksgiving last year to help increase foot traffic to the store’s semi-industrial location. At a time when customers can buy six supermarket ice cream sandwiches for $5, he says Beta5 has to make a clearly handmade ice cream sandwich with local ingredients – they use local peaches, blueberries and strawberries – that also provides a perfect texture and flavour sensation. 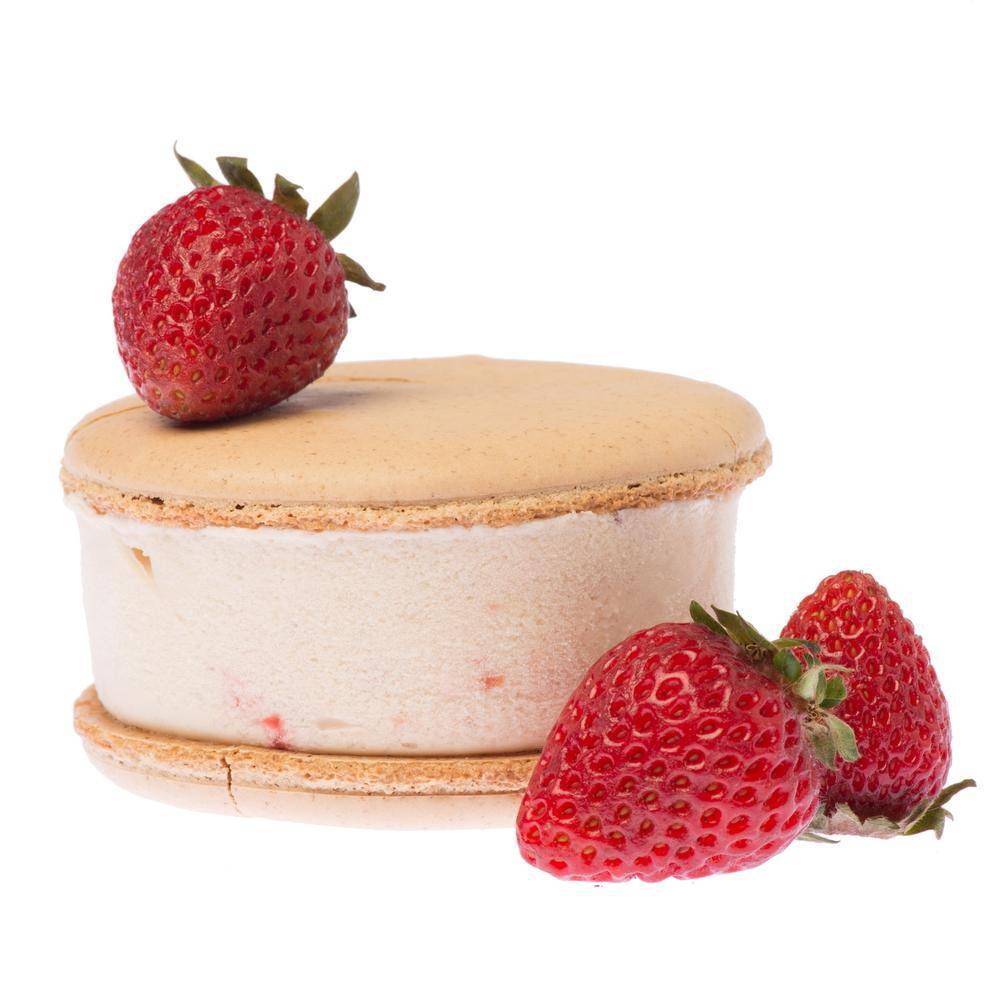