Weighing in at nearly 2.5 kilograms with a 6.5-centimetre spine, The Nordic Cookbook is not the easiest book to curl up with in bed. But Magnus Nilsson's ambitious, exhaustive and, ultimately, brilliant compendium of Nordic cuisine has spent more time on my nightstand than it has in my kitchen.

Equal parts cultural document and cooking guide, the handsome book is full of engaging stories and Nilsson's terrific sense of humour. It shines often, especially in his uproarious eating guide to surstromming – Sweden's can-bulging, fermented herring – which he describes as "nothing less than a time bomb of olfactory destruction." Having experienced this odiferous delicacy, I can assure you this is not hyperbole.

Nilsson rose to fame as the chef of Fäviken Magasinet, a fixed-menu, fine-dining restaurant on a hunting estate in northern Sweden, where he serves audacious, hyper-local dishes such as beef from a retired dairy cow, dry-aged for nine months – yes, nine – paired with crispy lichen and fermented gooseberries. Despite its remote location more than 600 kilometres north of Stockholm, it remains one of the most coveted reservations on the planet.

Nilsson initially balked when he was approached to do a comprehensive book on Nordic cuisine, which includes Iceland, Norway, Denmark, Sweden, Finland and their autonomous regions. He eventually signed on, inspired by the fact that "most of what has been published in English on Nordic and Scandinavian cooking really sucks."

Once I got cracking on some of the 700 recipes, the book's bulk came in handy. I used it to weigh down salmon for gravlax flavoured with dill and cracked white peppercorns. The result was a perfect balance of salty and sweet, and Nilsson's unorthodox method – a relatively short curing time with a day of rest to let the cure even out inside the fish – was a game-changer for me.

Also pay special attention to the sternly named "browned swede," a gorgeous dish of rutabaga slowly caramelized in butter and brown sugar that will inspire superlatives rarely associated with this vegetable pariah.

With crisp exteriors and creamy centres, Hasselback potatoes, which I've adapted below, takes humble ingredients and creates a sum far greater than its parts. This Swedish classic should be in every spud lover's repertoire.

The book's flaws are minor. Occasionally, ingredient measurements could be more precise – "1 cabbage" could mean a brassica that weighs anything from two to 10 pounds. And the North American audience should have been considered when calling for atikka, a sharp white vinegar that's 12-per-cent acetic acid, unavailable here and tricky to substitute.

To that end, there are a number of esoteric recipes, such as a Greenlander side dish of "boiled seal intestines with blubber and crowberries" that you will have trouble sourcing at your local supermarket (though they make for fascinating reading).

While Nordic cuisine will never win a popularity contest with Mediterranean, the region's similarities to Canada make The Nordic Cookbook well worth picking up. Just remember to wear a back brace.

Peel potatoes. Rinse and pat dry with paper towel. Working one at a time, place a potato in the bowl of a wooden spoon that's the same size as the potato. With a sharp chef's knife, cut straight down at slightly less than quarter¼-inch intervals without going through bottom. (The edges of the spoon will help stop the knife from going through. You could also place the potato on a cutting board and flank it with chopsticks to keep the knife from going through.)

Heat the butter in 10-inch cast-iron or heavy-duty ovenproof fry pan over medium heat. When melted, add the potatoes, cut side up. Using a pastry brush, baste the potatoes with butter. Season with salt. Bake on the middle rack, basting with butter every 10 minutes, until golden and cooked through, about 50 minutes. (If they aren't browned enough, briefly flash them under the broiler and watch them like a hawk.) Sprinkle with breadcrumbs and continue baking until they are golden, another five minutes.

Adapted from The Nordic Cookbook by Magnus Nilsson. 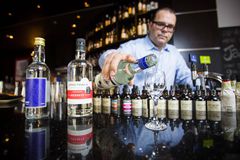 Nathalie Atkinson: Judge a book by its cover? Never. Unless it's got recipes
November 10, 2015 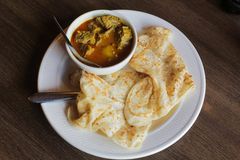