As promiscuous gelato eaters know, not all scoops are created equal. Some are sublime (pure in flavour and ethereal in texture; velvety smooth but never to the point of coating the tongue), some are ordinary (with sweetness that provides diminishing returns with each bite). Like eating a sun-ripened heirloom tomato next to a hothouse one, the disparities can only be appreciated by someone who tries both. Tasting is believing.

Over the last 10 years, gelato's popularity has exploded; it's a fascinating case study in the ongoing exportation of Italian food culture and also a simple story of supply and demand. The fact that people are lining up for gelato as often in Melbourne and Munich as in Milan is a testament to the efforts of Carpigiani, the leading producer of gelato equipment and the founder of the first world championship for artisan gelato, the Gelato World Tour. The second annual event – with two Canadians competing for the North American title – takes place in Austin later this week.

Carpigiani's grand gelato compaign started in 2003 when it opened Gelato University – capitalizing on vacationing gelato lovers who wanted to bring the fabled treat back to their cities. It built the Cordon Bleu of ice-cream-making in Bologna: a major destination for foodies. Carpigiani now runs 13 schools on five continents. Enrolment continues to increase exponentially: 15,000 people are learning how to make gelato this year.

At this year's Gelato World Tour stop in Austin, Ottawa's Tammy Guiliani and Vancouver's James Coleridge are competing, and an astounding 300,000 visitors are expected to assemble, sample and vote for their favourite flavour. There are an estimated 37,000 gelaterias in Italy and 100,000 shops worldwide. (The tour has stopped so far in Australia, the Middle East, Italy and Spain.) Gelato Tour director Achille Sassoli estimates that of the approximately 1,000 gelato shops in the U.S., half of them are artisanal. He hopes the tour helps the public recognize the elbow grease and integrity of true getalto masters. In Canada, he says there are around 100 shops with 75 artisan producers.

The World Tour's gelato showdown uses the the thrill of a kitchen battle format that has become de rigeur on foodie TV. Austin's top three winners, selected by a combined panel of experts and popular votes, will go on to compete for the world title in Italy in September. Before that, the tour will make its final stops in Germany, China and South America.

Bragging rights and the chance to boast the title of "World's Best Gelato" is enough to attract an elite group of ingredient-fetishizing, frozen-dessert aficionados who would no sooner pour a prepacked mix into a gelato machine than cut off their own arms. These are the people who travel to the farms of Bronte in Sicily to hand-pick the best pistachios in the world.

One of the most noticeable distinctions between a cone of Rocky Road and a cup of good gelato is the difference in texture. A lower ratio of both butterfat and air combined with slow churning, makes it denser, smoother and slower to melt. Since gelato is served warmer, our tastebuds are less likely to be frozen out of the chance to perceive its true flavour.

At the gelato competition in Austin, cutting-edge flavours such as avocado basil and candied bacon will vie for the judges attention. Coming up with creative combinations was just one aspect of the tour's application process; gelato artisans were evaluated on their reputations, years of experience, professional training and production philosophy before a panel selected who would compete.

When Tammy Giuliani, owner of Ottawa's Stella Luna Gelato Café, heads to Texas this week to compete, it will be her first competition. She says she's challenging herself to break out of the comfort zone of her quaint neighbourhood gelateria, "I'm jumping in the lake without my floaties."

Her smile widens as she recounts first falling under the spell of Italy's answer to ice cream. Travelling to Rome at the age of 19, the daughter of a dairy farmer met her future husband after getting lost. When the handsome local pulled up beside her on his Ducati, it was love at first sight. Four days, and many scoops of gelato later, he proposed. Flash forward to today and Giuliani calls Alessandro her "secret weapon" for the win in Austin.

James Coleridge, the owner of Vancouver's Bella Gelateria, is the other Canadian contender. Even over the telephone, with the sound of his gelato machine churning in the background, his competitive nature is palpable. Since opening his shop in 2010 after a stint in the bread business and a scandal that forced him out of the seat he held for 22 years on White Rock City Council, his life as gelato master has brought him a parade of awards and accolades. He's quick to mention his most recent win at an International Ice Cream Exposition and talks like a man with plans for world domination.

When Giuliani prepares the chocolate base for her competing flavour, to which she adds dark rum and marinated cherries, the process begins with two hours of supervised mixing. Many gelaterias make just one base, then add flavours. But at Stella Luna, four bases are made separately, 24 hours in advance and then frozen at the start of each day. "It's a huge job to prepare gelato in the Old World style," she says, "Most people opt out."

Coleridge believes he is not just making a product but preserving the integrity of the art true artisan gelato making itself. He says he is the first in North America to use the insulated stainless steel Pozzetti cabinet that stores gelato out of sight and at a constant temperature, rather than displayed in freezers for maximum visual impact. At Bella Gelateria, all the customer can see is the round metal lids. "People always say we taste with our eyes," he quips, "I don't know about you, but I taste with my mouth."

When coming up with his competition flavour – Salted Pecan with Montmorency Tart Cherries and Tahitian Vanilla – Coleridge left nothing to chance. He says he isn't afraid to use his lineup of customers as a focus group to taste-test new flavours while he's working on them. He also consulted with top chefs and key food bloggers in Austin to determine local taste preferences. Hence the choice of pecans. That's key because 50 per cent of the vote will come from the public.

He admits his bravado may not make him popular among his peers but he's okay with that. "They named me the Godfather," he says of the Carpigiani Group, "Every gelato maker in Italy is below me."

In 2012, Carpigiani opened the Gelato Museum as a home for gelato trivia and history. Visitors can learn that the cone was invented in 1903 in Washington by Vittorio Marchioni, an Italian immigrant, and the first batch freezer was created in the U.S. in the same year. "Italy and North America are linked in gelato culture and the tradition is longer than you'd expect," says Sassoli.

Twenty years ago, a typical American drove to work with a cup of coffee and a doughnut, he says; today it's a bagel and a cappuccino. "We believe the trends from ice cream to gelato will follow that same path." 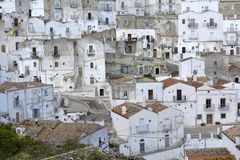 Florence without pasta? The city’s food scene grows up
May 11, 2018 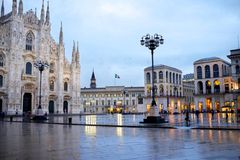