"Is it possible that the best place for Québécois food in Montreal right now is a British pub?" a friend asked me recently over a bowl of chunky habitant-style soupe aux pois. We were at Maison Publique, a new neighbourhood joint deep in the Plateau near avenue Papineau. We had just finished playing a game of shinny on a snowy outdoor rink. The soup tasted like being a kid again.

Like the rest of North America, Montreal is having a British moment. At the vanguard are Maison Publique and Lawrence, an excellent spot in the Mile End. Even as many pubs in England have been closing, British dishes such as fish and chips, sticky toffee pudding, and bangers and mash dot menus all over the city.

But given this province's complicated relationship with les anglos, it's not just a straight translation: There is also something uniquely Québécois going on. For example, the 5-à-7 du moment, Taverne Square Dominion, serves up both plowman's lunches and classic Parisian bistro fare. And the SAT Labo Culinaire's recent Quebec-themed menu climaxed with a magnificent, and decidedly British, dessert: apple Charlotte.

You can barely eat out these days without considering the intertwined identity of food in Quebec. The whole experiment here has always entailed blending French and English (and others) into a multicultural whole. So it makes sense that the city's best chefs would be taking the best from both solitudes – and whatever else piques their interest. After dining at Lawrence and Maison Publique a few times, it occurred to me that their merging of colonial traditions with ethnic flairs and indigenous ingredients might be creating a new national cuisine. Or maybe I just drank too many pints of stout?

The first outlier that caught my attention at Maison Publique was a quiche Lorraine, a dish so commonplace I couldn't help but order it. Dammann's iteration – four inches high, airy, custardy, studded with confited shallots and smoky lardons – put every other quiche I have ever had to shame.

But a question arose: How is quiche Lorraine (that specialty from Germanic northeastern France) in any way British? "Saying we make British food while serving quiche Lorraine is actually totally appropriate in Quebec," Dammann clarified. "In fact, many quintessential Québécois dishes are British in origin: tourtière, cipaille, pâté chinois."

He's right. Cipaille derives from sea pie, an English mariner dish. Pâté chinois is shepherd's pie, a concoction so archetypically Anglo-Saxon that Quebec rebranded it as "Chinese." Cretons, the ostensibly regional breakfast treat, can be traced back to recipes for "croton" and "craytons" in 14th-century British cookbooks. And fèves au lard à l'ancienne is Boston baked beans, which the bûcherons of yore never would have made without the Brits importing molasses.

Which brings up Quebec's national dish, poutine. Curds are a byproduct of making cheddar, that most English of cheeses. And according to Jean-Marie Francoeur, author of last year's 600-page Genèse de la Cuisine Québécoise, potatoes were not willfully eaten in New France until after the British conquest. (The French mocked the English for eating them.) The thick gravy called sauce brune could have originated anywhere, but there is no questioning how those mushy peas got into a poutine galvaude.

As Jean-Pierre Lemasson, professor of socio-cultural gastronomy at the University of Quebec at Montreal, puts it, "We speak French here, but we eat many of our traditional dishes with un gout anglais [English-style]."

Lemasson believes that it is important to know the truth about Quebec's culinary roots. "The war ended long ago," he writes, "and we have to be able to turn the page."

But moving on is not so simple in a place where Franco heritage weighs as heavily as its motto, Je me souviens. After all, Pauline Marois and the Parti Quebecois were just voted into power. Sovereigntists insist that the province's "true" heritage is purely francophone, but it is truer to speak of what sociologists call the "interpenetration" of French and English traditions, not to mention the traditions that predate both colonial powers.

Whether aboriginal or European, Quebec's gastronomic traditions are rooted in what Lemasson calls l'amour de l'ordinaire. The desire for simplicity is also largely responsible for Britain's culinary revival. "British food today has to do with a way of going about things – keeping it simple and focusing on the quality of the raw materials," notes Marc Cohen, the British-born chef at Lawrence. Like London restaurants St. John and Magdalen, Lawrence celebrates offcuts and serves pared-down, hearty fare such as ox tongue with butter beans and goat curd.

And, as with Maison Publique, there are many un-Brit items on the menu at Lawrence: aioli, agnolotti, artichokes and anchovies, for a start. At brunch, Lawrence serves a superb version of kedgeree: curried rice with flaked fish and vegetables. Now considered to be canonical English breakfast fare, kedgeree began as the popular Indian dish khichri (rice boiled with lentils and spices). It brings to mind the dictum that tikka masala is actually Britain's national dish. And it shows how cuisines can transform and evolve as different cultures come together.

Cohen says he is just making the food he himself wants to eat. But in the process, he and Dammann may be helping to forge a new direction for Canadian food. "We haven't been able to find a cuisine of our own in Canada for so long," Dammann says. "We were just imitating things being done elsewhere. But the idea of Canadian food is in flux and still being defined. It's a good thing we don't have an identity yet. 'French' cuisine, 'Italian' cuisine and 'British' cuisine are all kind of set in stone. We're lucky to be able to find our own path, to make Canadian food without it being defined yet."

Other "Canadian" specialties at Maison Publique include charmoula, Reuben French toast, schnitzel and an eminently Portuguese pork and clam casserole. All those dishes derive from ethnicities that make up Montreal's mosaic. "Montreal is a port city," Dammann notes. "There's so much diversity here. We can incorporate all of that into our historical traditions."

Be that as it may, not everybody is ready for a Canadian (or Québécois) food revolution. If we know anything about identity politics in la belle province, the issue is a thorny one. Tourism Montreal recently asked Maison Publique to join its list of the city's best restaurants. "They wouldn't let us be called 'Canadian' cuisine because they had no category for Canadian cuisine," Dammann laughs. Calling it British didn't feel right, either. "They decided we're 'Mediterranean market cuisine.' So we just refused to be a part of it."

Adam Leith Gollner is the Montreal-based author of The Fruit Hunters. 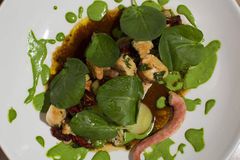 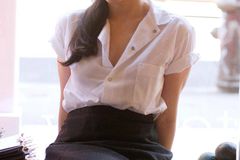 Build a dinner party around humble greens? Yes, you can
January 5, 2013 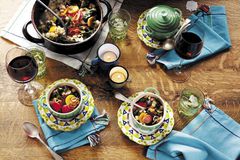