It starts out spartan: a tall glass of water followed by low-fat yogurt topped with granola.

Lunch is a Cobb – the salad dodger's delight. Amid showy radicchio, tomato and spinach, mounds of bacon bits call out next to crumbled blue cheese.

Lunch is about the time my nutritional nosedive generally begins. A puffy ham-and-cheese quiche accompanies the Cobb, as do four rugelach cookies to be shared with the cubicle-mates. The meal will be pecked at over the next eight hours, the spinach increasingly dodged, the rugelach gobbled, unshared. After 9 p.m. come the jujube cravings. Finally, beer will ease a steady stream of cigarettes before bed.

Pathetic though it is, my dietary tumble is apparently universal: From Philadelphia to Sao Paolo to Tokyo, good eating habits erode as the day gets long, the health quotient of our meals dropping 1.7 per cent with every passing hour.

Those are the findings of a self-tracking app called the Eatery, which helps dieters and gluttons alike record and hopefully understand their eating habits. Users upload photographs of their every meal, rate it on a scale ranging from "fit" to "fat," then let strangers weigh in on their choices. To date, the app has recorded 500,000 meals from 50 countries, as well as nearly 8 million ratings.

"It's really about being conscious about your food," said Aza Raskin, co-founder of Massive Health, a San Francisco startup that created the app.

Among North American users, the typical fall from grace looks like this: oatmeal in the morning, salad or light Vietnamese fare for lunch, vending-machine junk for the afternoon crash, burgers for dinner, then full-on binging with cocktails, candy and fast food after 10 p.m. The pig-out can go on and on: Photos don't stop flowing on the app till 3 a.m.

The Eatery also lets users track how they've been eating in the past week, revealing their weak points. With the requisite boozing and hangover brunch, weekends are the greasiest – Sunday sees us eating 10.2 per cent worse than the rest of the week.

"The way we make decisions affects culture, and that's why most cultures have dessert at night," not to mention late-night pub food and convenience-store runs, said Mr. Raskin.

Ultimately, he blames our flagging willpower, a muscle that gets "used up" throughout the day.

In Willpower: Rediscovering the Greatest Human Strength, Roy F. Baumeister and John Tierney argued that willpower is not simply exerted to compel yourself to work or resist temptation. Rather, it's an exhaustible resource we use up on mundane choices and small gestures of self-control all day long. By the time dinner rolls around, we're experiencing "decision fatigue," which can lead to impulsive choices.

"There is more of a tendency to give in to things later in the day. Also, the temptations seem stronger," said Dr. Baumeister, a psychology professor at Florida State University whose research is cited by Massive Health.

Dr. Baumeister noted that decision fatigue is different than consciously rewarding yourself: "That's a separate process. This is really your energy is diminished."

In psychology, rewarding yourself is known as "moral licensing," and it may play a role in the nutritional plunge revealed by the app.

"It's this funny human habit of, when we've done something good, we tend to switch our goals and look for an opportunity to indulge. Most of us are actually deeply conflicted about goals like eating healthy," said Kelly McGonigal, a health psychologist at Stanford University and author of The Willpower Instinct.

Stress may also underpin The Eatery data: "We know that when people are feeling exhausted, overwhelmed or cranky, that physiology of stress undermines the physiology of control," said Dr. McGonigal.

She pointed out that stress hormones peak at the end of the workday, hence our 3 p.m. race to the vending machine: "Our choices are going to be more driven by taste and ease," she said, adding that stressed-out employees think the junk food tastes better than it actually does.

The Eatery's findings closely mirror those of Kathleen Vohs, a consumer psychologist at the University of Minnesota's Carlson School of Management who studies self-control in eating and impulsive spending.

"If you're doing heavy-duty work or you're controlling your emotions, it will sap your ability to do well in your diet," said Dr. Vohs.

In 2000, Dr. Vohs had freshman dieters watch the Shirley MacLaine tearjerker Terms of Endearment. Those who let the tears flow ate less of the "really yummy ice cream" on offer after the film than those who had suppressed their emotions.

"When we put unhealthy food in front of them, they were more likely to overeat it," Prof. Vohs said.

Beyond the daily plummet, The Eatery ratings also reveal a profound perception gap between how diners view what they eat and how the world sees it. "Seventy-two per cent of foods are rated as more healthy by the person eating than by other people," said Mr. Raskin, noting that self-delusion spikes with grease-loaded offerings.

"We've been able to show that people will eat pizza, and three hours later, rate somebody else's pizza differently than they rate their own. … We lie the most to ourselves about things which aren't healthy."

So what's the fix? All of the experts strongly recommend planning afternoon snacks and dinners in the mornings when your willpower is strong, or on Sunday night, after you've finished treating yourself.

Charles Duhigg, author of The Power of Habit, goes further. He argues that habits, formed in the basal ganglia in the brain, can circumvent floundering willpower, produced in the prefrontal cortex: "Once you're in the basal ganglia, it essentially taxes the willpower muscle much less. If the behaviour becomes habitual, you don't have to use up as much willpower to do it."

To create new habits, Mr. Duhigg suggests writing new algorithms for your brain, such as, " 'After 8:30, if I eat anything, the only thing that I can eat is carrots.' And have a bowl full of carrots sitting in the refrigerator."

He suggests rewarding yourself for those pasty carrots (with, say, trashy TV) to strengthen the fresh neuro-pathway that will eventually replace jujubes and beer.

You'll thank yourself in the morning. 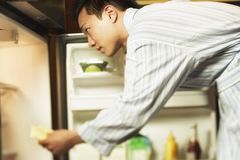 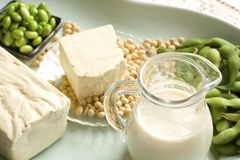