Amanda Cohen doesn't have anything against vegetarian cooking. Just don't say that's what her restaurant serves. Dirt Candy, her 18-seat East Village spot, is a "vegetables restaurant." There's a difference. "Vegetarian" usually means healthy, which often means bland. And that's not how Cohen views the untapped potential of vegetables.

They've been an afterthought to meat for far too long, she says. "We're trying to change people's perceptions of what you can do with vegetables."

Diners and critics are starting to take note. A recent New York Times review called her cooking "original, clever, visually arresting and … a lot of fun to eat." All these attributes are on display in her Dirt Candy cookbook, an irreverent comic-book tale of the saga of her restaurant, her appearance on Iron Chef and her passion for vegetables. The Globe and Mail spoke with Cohen at her restaurant in Manhattan.

How do we screw up vegetables?

People follow the middle-of-the-road philosophy. It's 'Get the vegetables into the oven, some olive oil or salt, put it at a middle temperature, and let them roast for half an hour.' You're not doing the vegetable any favours. Vegetables have their own set of complications.

If you cook it slow, and for a long time at a low temperature, you'll get an intense flavour and a nice chewy texture, whereas if you cook it really high for a short period of time, you keep a lot more of the inherent texture, a nice crunchiness on the exterior and bright, juicier flavours.

In your book, you write that vegetarian cooking has never really been about the food.

You have the health fanatics; you have the ethical reasons for being vegetarian; and then you have the more environmental, political reasons for being vegetarian. All those are fine reasons, but none of them are about the taste of the food. I'm here to cook really good food; that's what I do. I've never expected people to come into my restaurant and all of sudden be like, "I'm never going to eat meat again." That can't be my goal. That's too much pressure for anybody, I think.

What are the myths of cooking vegetables?

That they're boring and only really meant to be an accompaniment to the protein on the plate. And it has to be healthy – which isn't a bad thing, but healthy usually connotes bland, and that's certainly not how we think of vegetables or vegetarian food.

Are there any vegetables you're particularly obsessed with at the moment?

Right now we're trying to figure out how to make parsnip pastrami; we're exploring all the different facets of pastrami and parsnips and seeing how we can get them to come together.

Is there a vegetable that has eluded you?

It took me four years to put a fresh tomato dish on the menu. We did it this summer: We had this tomato tart, but it was about two years in the making, in figuring out how I could get people really excited about tomatoes in a different way.

You've written that we need to focus on what vegetables are, not what they're not.

They can't be meat. That's just flat-out something vegetables will never be. And those aren't the strengths vegetables have – but they have other ones, and we're starting to discover them, and figuring out what we can do. We're lucky with traditional cooking; we know what flavours and textures people like, so even though we never want a vegetable to be a mock meat, it is nice to fall back on the textures of the traditional world and ask how can we put that into a vegetable.

What do you wish people understood about restaurants?

At one point in my career, I had a lot of people who were upset that the food was so expensive: "Why are you charging $18 for a plate of vegetables?" Right away I said: "We're not charging you for the food." So we started explaining [on my blog] why restaurants cost so much to run. And most people's minds were blown.

The next thing I started seeing was people enraptured with the celebrity chef. I've had a lot of students pass through my kitchen, who were, like, "I'm going to open a restaurant next year." "But you're still my intern. I've been doing this for 15 years and I'm still not ready for it." I wanted to demystify what it is to be a chef. It's hard. It's a real job.

You describe it as: Stand in front of a pot of boiling water for eight hours and occasionally stab yourself in the hand with a sharp knife.

With someone yelling at you constantly. And that's a good day. 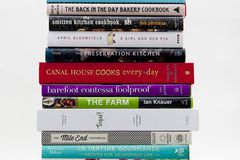 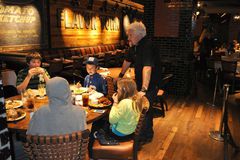