"Who is my favourite child?" Mordecai Richler used to bellow from the sofa on blizzard days in Montreal when his easily manipulated offspring were kept home from school.

Dispatched by taxi into the howling storm, young Jacob would often find himself peering over the counter at Schwartz's delicatessen to fetch a medium-fat smoked meat on rye. Thus began a culinary journey that would culminate in a two-decades-long career as a food columnist, restaurant critic and cookbook writer.

In My Canada Includes Foie Gras, which will hit stores this weekend, Jacob Richler tells his story of Canadian cuisine – from early family memoirs to his intimate, stove-side view of the country's best chefs when they were cooking at the top of their game.

Speaking by phone, the current Maclean's magazine food editor discusses the tragedy of pig trotters, the pleasure of engorged duck livers, the end of fine dining in Canada and our place in the international scene.

The stories about your father are highly entertaining. But he was a fairly stodgy eater. What did he think of your career as a fine-dining restaurant critic?

He was not enthusiastic about his vegetables. Fish, he ate begrudgingly. But he enjoyed the good life, so it amused him enormously that I had engineered a way to make eating the focus of my work, rather than having to work for it.

Do you really believe that foie gras-producing ducks and geese enjoy le gavage?

It is true that they crowd the person who is proffering the tube and the feed, which is pretty bizarre. But I think you should just look at it like any other foodstuff. I don't buy bacon at the supermarket because I know how those pigs are treated. To some, the idea that a foie gras duck can be properly treated is anathema. But I think, ultimately, we're at the top of the food chain. We might as well enjoy it.

You are the editor of the new, controversial Maclean's list of Canada's 50 best restaurants. How do these types of awards help the Canadian culinary scene?

Hopefully, they draw attention to some restaurants that have been overlooked. As an old critic, I have to say that any intelligently expressed and informed opinions that provoke discussion are helpful. If people just take something for granted, invariably things won't improve. More typically, they can even slide because people always get away with what they can get away with.

The list's omission of Au Pied de Cochon has caused an outcry in Quebec. In your book, you call the Montreal restaurant "an unjustly celebrated ode to the pig." Why?

I love its gluttonous enthusiasm, but I can't eat the food. I find it revolting. I gather the food's very good at his [chef Martin Picard's] rural place [Sugar Shack]. And I wanted to put him the book because it's so expressive of Quebec. But in town, it's not him behind the stove. The attention to detail is maybe not what it was when it started. Pig's trotter, the namesake dish, is like having an animal delivered to your table. It's a foot and a half long – the whole hoof – set in a bed of gluey potatoes with gelatinous gravy poured all over the place. Everything's brown and beige and quivering.

The book is primarily focused on Quebec, Ontario and British Columbia. The Prairies and the Atlantic provinces get short shrift. Don't they offer anything to Canadian cuisine?

They have lots to offer. They just haven't discovered it yet. The Maritimes is a culinary sad sack, or at least it has been for years. Their crimes against seafood are particularly egregious. It's changing. This summer, I had a seafood platter at Raymonds in St. John's that was lightly done and the lobster was tender. But in terms of the deadline for this book, it was too late.

How does Canada measure up on the world scene?

We hold our own for a place of our size. That said, we're not exactly cutting-edge. There are places that are not major centres, Barcelona 10 years ago or Copenhagen today, where movements sprout up that seize the world's imagination. We certainly haven't done that. Could it happen one day? Canadian enthusiasm combined with our real ease with all kinds of simultaneous culinary traditions looks promising.

Should we lament the end of fine dining in Canada?

When I go to New York and I eat in a place like Daniel, I get all emotional and think, "God, I miss this – the white tablecloth and the perfect service, not to mention the food on the plate." But to sustain fine dining like that in Canada? There are just not that many people. The absence of choice at the top end is sad. But part of it is pleasurable because the mid-level is now infinitely superior. And that ultimately reflects better on a city's culinary scene because more people can enjoy it. It's more relevant.

Why is food so popular these days?

You have to eat it three times a days. I know, I know. But is it really? Food writers are so myopic. When I go shopping at a supermarket in rural Ontario, even if you used the world's biggest microscope, you wouldn't find evidence of anyone being interested in anything other than the next pack of Doritos. 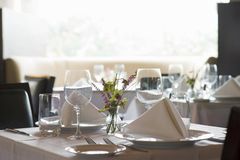 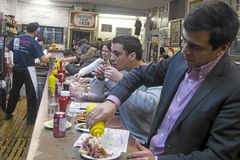 Tasty foie gras without the burden of guilt
December 27, 2011 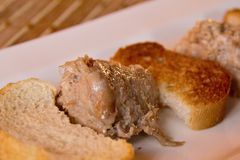