In the dead of Maritime winter, under frozen bays and harbours, drifting schools of smelt are preparing for an epic journey. Before these tiny silver fish start swimming up the freshwater brooks and streams where they were born, they'll eat almost anything in sight. And that includes the morsels of prawn, tossed in cornmeal and speared on three small hooks hanging off a miniature fishing pole, that I'm about to drop down a hole in the ice.

If you're going to eat smelt in New Brunswick, this is the time to do it, according to Dalhousie University evolutionary biologist Paul Bentzen. The tiny fish are protected from subzero temperatures by glycerol, a sweet-tasting edible "antifreeze" that prevents their blood from freezing. The average size of a rainbow smelt is about eight to nine inches (about 20 to 23 centimetres), but some are still small enough to be gutted and eaten whole, including head, tail and bones. It also doesn't hurt that they're fun to catch. "They're still building up reserves for spawning. They're hungry and under the ice," says Bentzen. "That makes for good fishing."

As far as food trends go, smelt hit all the right notes: The silvery skin lends itself to deep frying, the white, flaky flesh is clean-flavoured and less fatty than the ocean-dwelling herring, and the Canadian-based fishery is very sustainable. From Toronto's Buca to Quebec City's Le Clocher Penché, this little fish is making appearances on high-end menus across the country, and with the season in full swing, now's the time to eat your fill.

It's a quest for smelt that has brought me to Renforth Harbour, 10 minutes outside Saint John, where rows of multicoloured shacks line the frozen shoreline, a motley assortment of plywood structures, rusting trailers and tarp-walled huts. Some barely offer protection from the wind, but today we're fishing from the comparatively luxurious Black Door Lounge, with its checkerboard carpeting and a tiny wood-burning stove with the letters BDL on the front.

"That's in case it gets stolen," says Dave Kyle with a smile. "One of our guys made that from scratch, hinges and all." Of the 10 friends who fish out of the hut, Kyle, whose day job is as an HVAC contractor, is unofficial leader and co-ordinator, the one who decides when and how the shack goes out. While this year's unseasonably warm weather postponed their fishing season, the group towed the "Lounge" onto the 16-inch-thick ice just the day before.

In these shared huts – long-time Renforth Ice Fishing Association president Gary Gower says they have 100 to 120 out every year – individuals and groups fish late into the evening, because smelt fishing in tidal waters, unlike many recreational fisheries across the country, can happen at any time of day or night, with the best luck arriving when the tide is incoming. In the midmorning, when we arrive at the Black Door Lounge, cans of Moose Light litter the ice around the shack, a testament to a good christening.

As we tug smelt from the chilly water, sometimes two at a time, tossing them into a tub at our feet, Jesse Vergen, executive chef of the Saint John Ale House, known for its regionally-sourced seafood, comfort foods and craft beer selection, squeezes a big log into the tiny stove, which gets screaming hot within minutes. The fish themselves are nearly transparent, with an iridescent sheen that runs from green to violet, and have small serrated teeth used to eat smaller fish and plankton.

After gutting a half-dozen larger fish on a small wooden board, Vergen tosses them in a mixture of flour, cornmeal and seasonings, and lays them to shallow-fry in a pan atop the stove's small cookspace. "This is the best way to eat them," says Vergen. "Straight out of the water." The flesh is almost pure white and flakes gently, with a perfect balance of sweetness and unctuous fat, which plays off the crunch of the cornmeal.

While smelt play an important mid-range role in the marine ecosystem, Dalhousie's Bentzen says they are more similar to Newfoundland's spectacular shore-spawning capelin than the enormous schools of herring and anchovies found off the coast of British Columbia. They are also remarkable, says Bentzen, because some smelt have evolved to survive wholly in Ontario's freshwater lakes, where they are fished recreationally, both from huts and along rivers with nets. As far as fishing goes, this is about as sustainable as it gets.

For those without shack connections or access to spawning rivers, this is also a time of year to buy commercially fished smelt. The New Brunswick season is open from Oct. 16 to Feb. 28, and 22 companies are currently licensed to catch smelt on the Saint John River's tidal waters. They are only allowed to use gill and trap nets, and those fish are generally sold to middlemen who resell the flash-frozen catch, both cleaned and whole, in loosely-packed plastic bags from roadside stands, or local grocery stores that carry them seasonally.

When deep-fried or cooked tempura-style, the heads, tails and delicate backbones of smelt lend fabulous texture and crunch, although Vergen uses his smelt in a variety of other preparations – from grilled smelt with salty puttanesca sauce to a citrusy Spanish escabeche. But the best way to eat them is obvious: breaded and pan-fried, huddled in an ice fishing shack while January flurries blow outside, eating the sweet, flaky flesh with our hands.

Try this at home

Cooking with small fish can be intimidating, but this basic pan-fry technique will work with any small fish or fillets. When buying smelt, look for smaller fish (5 to 6 inches) that have soft, edible bones and can be eaten whole. The faint of heart can buy gutted smelt with heads removed, but in either case, use immediately, as thawed smelt won't keep for more than a day or so in the fridge.

To clean, start at the vent and use a pair of scissors to cut up the belly, being careful not to nick the innards. To remove head, cut downwards along the gills and pull to remove, guts and all. To leave the head on, snip right below the jaw, grab the gills and use them to pull out the rest of the innards.

To cook, pour a generous coating of vegetable oil into a stainless steel skillet and heat over medium flame. In a large bowl, mix equal parts semolina, cornmeal and flour, adding a generous pinch of salt and pepper.

Toss smelt in mixture, and pan-fry (smelt should sizzle when they hit the oil) until golden on both sides. Transfer to a paper towel and keep warm, cooking smelt in batches to avoid overcrowding. Serve immediately with a wedge of lemon and a dipping sauce of equal parts sriracha and mayonnaise.

Ring in Chinese New Year with this feast
January 28, 2014 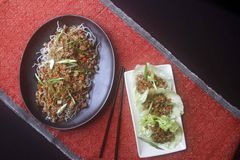 Le Maréchal: A savoury cheese for when you deserve more from your melt
January 28, 2014 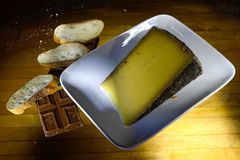 From kimchi to sauerkraut: Fermented foods are having a moment
December 14, 2013 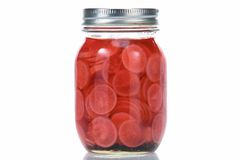