Right away, he knew it was different.

Matt Abergel was 19 when he first set foot in a Japanese kitchen, and it instantly set itself apart from the other restaurants he'd worked in. Abergel had just moved to Vancouver from his hometown of Calgary, and got a job at a now-closed Japanese restaurant called Shiru-Bay – he was the only white chef.

"It was just the way people worked, it was different," he says over the phone from Hong Kong, remembering his anxiety over mastering the meticulous knife skills required for food prep. "There was a lot of pressure to do things properly because everyone took pride in what they were doing. It was the kind of work ethic where without any instruction or anyone looking over your shoulder, you worked as hard as you could possibly work. People were putting everything they had into it."

Fast-forward to 2013, and the 31-year-old is living in Hong Kong and making some of the city's most sought-after Japanese food with two immensely popular restaurants: two-year-old Yardbird, and four-month-old Rōnin. This year, Yardbird was named one of the top 50 restaurants in Asia by World's 50 Best.

So how did Abergel, a Jew from Calgary with no formal training, end up owning some of Hong Kong's most beloved food spots in a sea of more than 2,000 Japanese restaurants?

"[Japanese food] just kept me going," Abergel says. "I fell in love with the country and culture as a whole."

After Vancouver, Abergel moved to New York to work at Masa, one Manhattan's best Japanese restaurants. It was there that he found his mentor, chef/owner Masa Takayama, who taught him "the majority of the things that have brought me to the place where I am now." After 3 1/2 years there, he took a job at Hong Kong's Zuma. Two years later, he realized he was tired of answering to someone else, and decided to start out on his own.

Abergel and his business partner, Lindsay Jang (they also used to be a couple), opened Yardbird in Hong Kong's crowded and diverse Sheung Wan district, and as its name implies, gave the menu a chicken theme. "It's an egalitarian animal," says Abergel. "It feels like it is food for everybody."

Yardbird serves every kind of chicken yakitori, from thigh to heart to liver to gizzard, plus KFC (Korean Fried Cauliflower), quail and rice dishes. Pair those with a good-looking and knowledgeable wait staff, an extensive alcohol list, loud hip-hop music and a modern aesthetic (wooden bar stools, sleek black tabletops, large windows), and the result is a line of people waiting outside for three hours every night to get a seat (the restaurant doesn't take reservations).

Rōnin is much smaller (it only seats 26 compared to Yardbird's 58) and focuses on seafood – 70 per cent of which is local, the rest of which comes from Japan – like snapper, mackerel and seabream.

Tara Babins, Abergel's sister and Yardbird's communications manager and host, thinks the atmosphere has much do with their success.

"It's a fun, casual vibe with good music and good people – and we aim to provide the best service possible," she says. "The music is loud, and there are usually people scattered all over the place, drinking and eating around the bar. It's a place where people like to go not only to have a great meal, but to have a great night out."

While this seems like a standard formula in North American cities, it stands out in Hong Kong, where the food scene is dominated by restaurant groups rather than independent establishments.

"There is a huge abundance of celebrity chefs and foreign imports coming on the scene, but for the most part I think Hong Kongers are getting a little bored with all that jazz," says Charmaine Mok, a food journalist with HK Tatler. "They want chefs and restaurateurs to understand the local food scene but not kowtow to local tastes. I think that's what makes places like Yardbird and Rōnin unique, because they are doing their own thing but not in a vacuum. Matt is one of the few chefs in Hong Kong who is not local, but understands local." 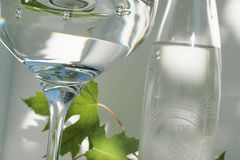 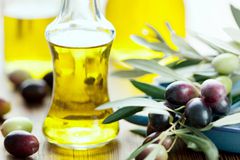 On the scene: Two new tastes of Niagara-on-the-Lake
August 6, 2013
Follow us on Twitter @globefoodwine Opens in a new window
Report an error Editorial code of conduct
Due to technical reasons, we have temporarily removed commenting from our articles. We hope to have this fixed soon. Thank you for your patience. If you are looking to give feedback on our new site, please send it along to feedback@globeandmail.com. If you want to write a letter to the editor, please forward to letters@globeandmail.com.
Comments