The world of cookbooks is thriving. In 2016, Ten Speed Press published 30 new titles in the food and spirits category, with Phaidon Press close behind at 20. Jamie Oliver, whose brand is a cookbook-producing machine, has more than 10 million copies sold worldwide and is a best-selling author, period.

It's also very competitive, with lesser-known chefs, authors and cooks fighting for leftovers from the likes of big-name Food Network stars and celebrities.

In this space, which many enter and few survive, Canadian writer Meredith Erickson is a force.

Born in Windsor, Ont., Erickson catapulted to the spotlight in 2011 with the critically acclaimed The Art of Living According to Joe Beef, co-authored with chef-owners David McMillan and Frederic Morin. Named one of the best cookbooks of the year by Barnes and Noble and Publishers Weekly, the book was praised by both culinary legend Alice Waters and the editors of Bon Appétit.

Erickson's life hasn't been the same since. Now, she shares a literary agent with Anthony Bourdain and Lena Dunham. Her schedule is full until the end of 2019: recent publications include books for the Portland, Ore. restaurants Le Pigeon and Olympia Provisions, and a collaboration with the iconic London hotel Claridge's drops in early November.

"I love restaurants. I always have. Everything about them," says Erickson, whose adoration covers everything from the meaningful to the mundane. "Restaurants can leave an everlasting experiential mark on your life, while at the same time, ultimately, I mean, you're just having dinner."

Her co-authors say one of Erickson's most covetable skills is her natural ability to adopt a tone and style that genuinely represents the subjects she's working with.

From the exploration of charcuterie in Olympia Provisions: Cured Meats and Tales from an American Charcuterie to Kristen Kish Cooking, a book inspired by the storied past of Korean adoptee and recent U.S. Top Chef champion Kristen Kish, Erickson has a unique ability to channel a spirit or a place.

Erickson met Morin while she was waitressing at Montreal restaurant Globe in the early 2000s. When he and McMillan opened Joe Beef, she followed, eventually working there for five years.

Just as Joe Beef's locally driven ingredients, chalkboard menu, unstuffy attitude and refreshing wine list were a turning point for Canada's restaurant scene, the Joe Beef cookbook was a game changer, and a big part of why the greater food world realized something very interesting was happening in Montreal.

Unlike standard cookbooks, which follow a recipe-picture-repeat format, this book had a story. It was cheeky, it was funny, it had a deep sense of place and it didn't care if you liked it or not. It was, basically, Morin and McMillan.

"It's like writing a book with your punk sister who all of a sudden came back from university and she's smart now," says McMillan.

Erickson says creating that narrative was about learning to combine her writing style with McMillan's and Morin's personalities.

"David has incredible vision and Fred is extremely brilliant and we have a bit of a Star Trek Vulcan mind meld," she says. "Someone coined it afterwards – a hybrid narrative, like a mixtape. I like to do that with all of my books: they're all very personal, and when you buy that book, everything about that place should spill out."

But writing with two people Erickson considers her brothers is definitely not the same as writing a book with someone she's just met. Make no mistake, she doesn't write cookbooks for chefs. She has an authentic style, a strong vision, a particular point of view and her name is right there on the cover. She very much writes cookbooks with chefs.

Trust is a major part of the successful equation, but intuition also plays a huge role in her process. Erickson says she always knows whether a project is something she wants to do or not, and whether a certain chef is a person she wants to work with or not.

For Claridge's: The Cookbook, she was the one with the vision.

Co-author Martyn Nail is executive chef at the hotel and recounts Erickson's first visit four years ago. "[Meredith] enjoyed the chicken pie, she asked for the Claridge's cookbook. There was no cookbook," says Nail. "She asked for the recipe – no recipe. So we met, got on like a house on fire, and here we are."

The cookbook is visually striking in its simplicity, its mint-green cover adorned with just gold lettering and the hotel logo. Its contents are much more elaborate, though, an homage to the 200 years of cooks who have worked at the hotel.

Erickson and Nail dove into archives to pore over old menus and spoke with past and current staff . They eventually structured the book to reflect a day at the hotel: breakfast, elevenses, lunch, afternoon tea, drinks in the fumoir, dinner and dessert. Michelin-starred chef René Redzepi wrote the forward.

"I was really lucky and blessed that Claridge's wanted me, because they had been approached God knows how many times before," says Erickson. "And yeah, I'm proud of this book."

Currently, Erickson is splitting her time between northern Italy, the Alps and Montreal while working on three new books. The first is for Frasca Food and Wine, a Boulder, Colo. restaurant co-owned by the highly regarded master sommelier Bobby Stuckey.

It focuses on food and wine from Friuli-Venezia Giulia, a subalpine region in northeast Italy that Erikson considers "a completely undiscovered part of the world…Even if as many people who I think will buy this book buy it, it won't be spoiled."

The second is her own alpine cookbook, which she's wanted to do since she first travelled to the Alps and couldn't find any guidebooks. So, in typical Erickson fashion, she decided she was going to have to write it.

That one zeroes on the cuisine of the Dolomites, the Austrian Alps, the Swiss Alps, and the Savoie region, and will include illustrated maps directing readers to her favourite huts, restaurants and products.

The last is the second Joe Beef book, set to be released in the fall of 2018. By then, it will have been seven years since the first came out. A lot has happened during that time, both in the world at large and for Erickson, McMillan and Morin.

The plan is for a much more personal book than the first, full of gratitude for everything they have, but also critical of what they see around them. It's called Joe Beef: Surviving the Apocalypse.

Erickson's work is loved by critics and championed by chefs, but her personal goal is to produce cookbooks with longevity. "I think as long as you have a unique voice, there's something there," she says. She certainly seems like a case in point. 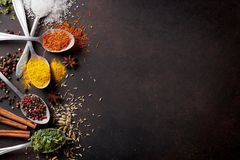 Community cookbooks help tell the story of Canada’s past
March 13, 2017
This fall’s best books for food, fashion and design
September 20, 2017 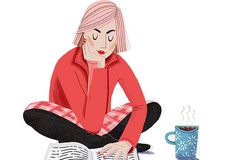