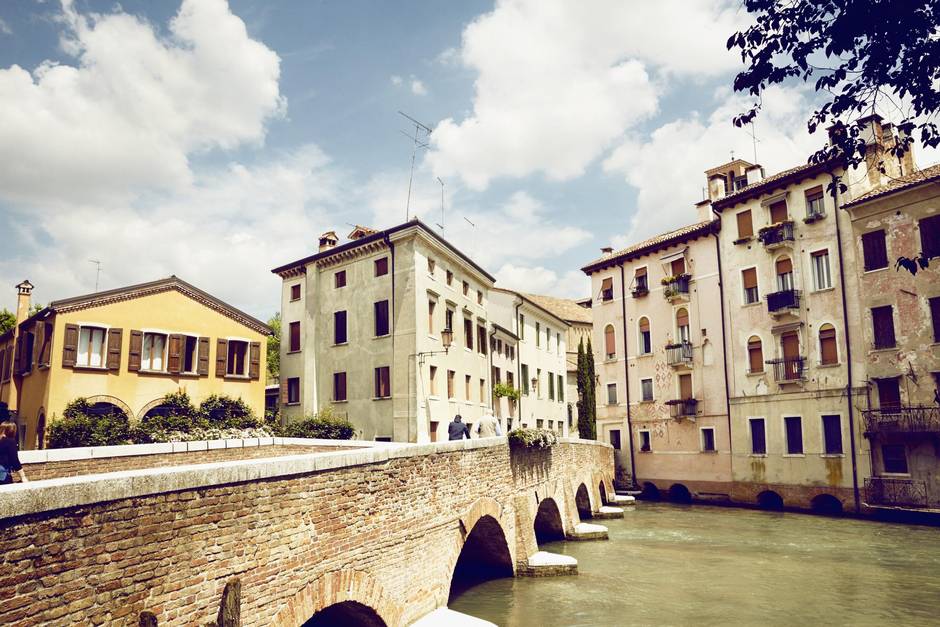 The Sile river snake’s through Treviso’s old town. (Photos by Carlyle Routh for The Globe and Mail)

The winding streets of Treviso are dotted with little taverns outfitted with wooden stools, plaid tableclothes and small plates of simple bites called cicchetti. The Venetian take on finger food includes standards like breaded and flash-fried zucchini flowers or a dollop of dried salted cod that’s been slowly emulsified with olive oil until it has the texture of clotted cream. At Toni al Spin, which sits close to the Sile river in the picturesque old town, the baccalà mantecato is served with nothing but a spoon. Forty kilometres away in neighbouring Venice, Fiaschetteria Toscana, below the Rialto Bridge, flecks the fish paste with garlic and spreads it on slabs of charred polenta. These dishes focus on familiar ingredients that are prepared with patience. And the best way to enjoy them is with a glass of the local wine region’s sparkling star, Prosecco.

That effervescent staple is the reason why I, like many before me, find myself in Italy’s Veneto countryside. Sandwiched between the Dolomite Mountains and the Adriatic Sea, the area is the heartland of Prosecco and grappa production, and home to one of the country’s top producers of both, Bottega SpA. The company’s president, Sandro Bottega, has invited me here for a behind-the-scenes look at his operation, but also to understand the spirit of craftsmanship that thrives in Veneto. With so much time invested in the creation of food and wine here, it isn’t surprising to learn, over an epic dinner that Sandro hosts on a cool June evening, that a commensurate number of hours is devoted to savouring them.

Bottega’s signature sparkling wine, Bottega Gold, is instantly recognizable for the distinctive mirror finish of its trademark bottles. The gilt effect is the result of a complex technique that fuses the metallic surface to the bottle’s outer glass. For its fine grappa bottles, Bottega takes a more old-fashioned approach. At its own artisan glassworks in nearby Pianzano, master glassmaker Mario Bianchi oversees a small team who use an open flame to sculpt novelty animals, hearts and blooming roses that are inserted into the bodies of bottles. Chief glassmaker Paolo Ferraresso works fast, creating up to 50 figures a day by pinching and pulling the smouldering glass with graphite tongs. “Glass is like a beautiful woman,” he says with a sly smile. “Each day you discover something new.” 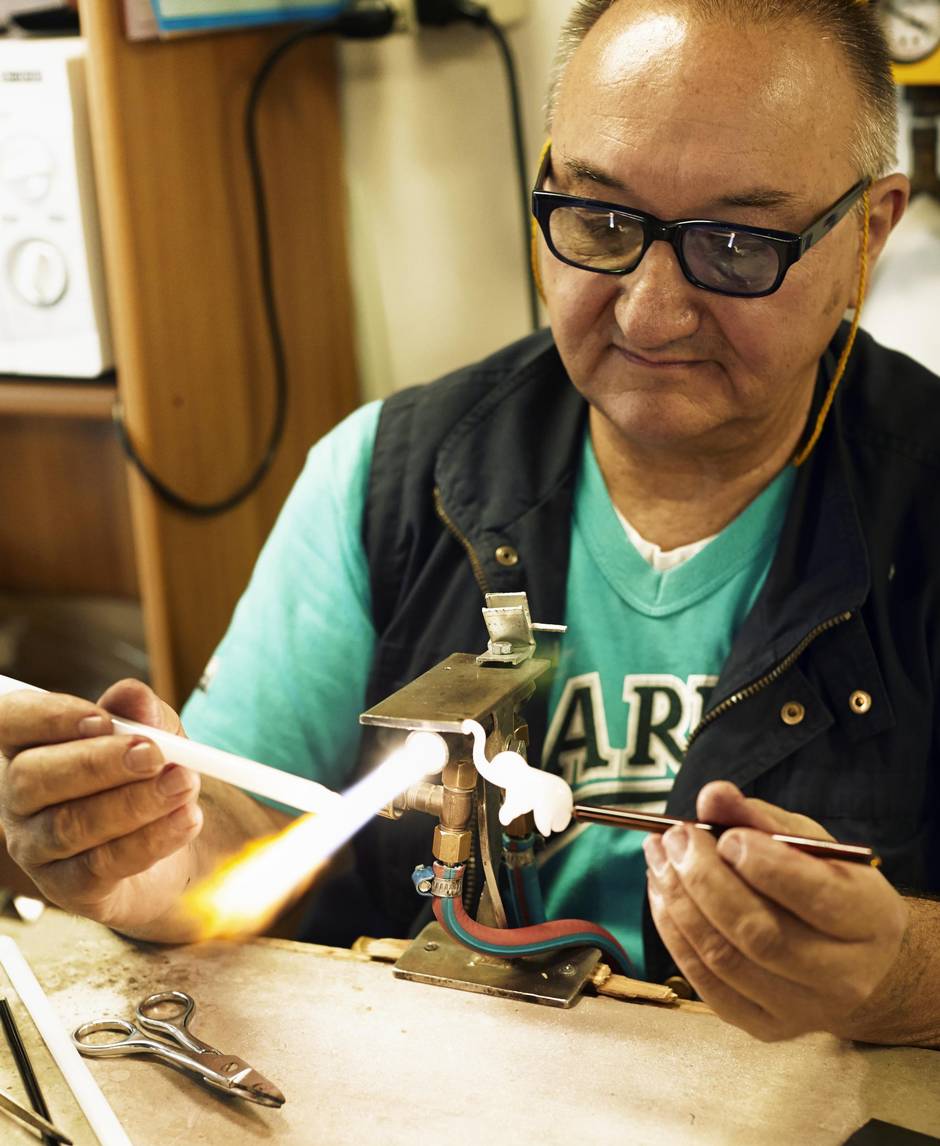 Rustic inns and delicious restaurants surround Bottega’s headquarters on the border between Italy’s Veneto and Friuli-Venezia Giulia regions. Here’s where to stay and dine if you’re planning your own visit:

Located on the outskirts of Treviso, this family-run cheesemaker is known for it’s tipsy wheels of ubriaco. Select products are available in Canada at Whole Foods and Longo’s.

One of the largest private castles in Europe, this grand hotel set high above the village of Cison di Valmarino boasts 80 restored rooms, suites and private apartments.

In the heart of the town of Oderzo, Michelin-starred Gellius puts a contemporary spin on fresh ingredients and traditional Italian cuisine.

Set within lush gardens – and home to a centuries-old wine cave – this country-house-turned-four-star inn hosts weddings in its intimate chapel.

Treviso’s picturesque old town is where the Italian dessert staple tiramisu was born, and a trip to Toni del Spin isn’t complete without a scoop from its dessert cart.

A similar mix of tradition and innovation reveals itself during visits to other producers in the region. At La Casearia Carpenedo, siblings Alessandro, Ernesto and Stefania Carpenedo have been inspired by Veneto’s history for their award-winning wheels of Blu ‘61. As legend has it, local farmers hid wheels of cheese from invading soldiers during the First World War by immersing them in wine barrels that were lowered into the Piave river. The Carpenedo’s ubriaco is aged before being placed in barrels to soak in red wine, changing its texture and turning the rind a shade of deep indigo. In an oddly Cancon twist, the family imports Canadian cranberries to top off the rounds.

Bottega’s own history begins in 1977 when Sandro’s mother, Rosina, founded the company with her husband Aldo. Until Aldo’s death in 1983, Bottega was a small producer of single-variety grappa. Sandro took the reins at 19, when Rosina taught him her simple distilling technique (their original copper pot-bellied still sits proudly in the distillery, looking like something out of a Jules Verne story next to the new stainless steel equipment). The company is still a family affair – Sandro’s sister, Barbara, is comptroller while brother Stefano manages domestic distribution – but the siblings have ambitiously expanded. 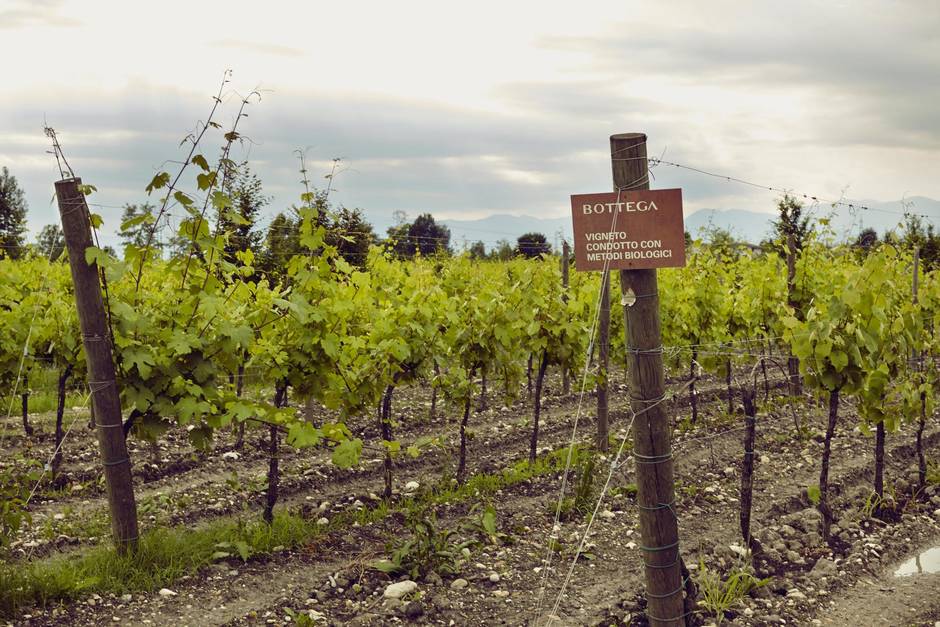 Its home base is Villa Rosina, a converted aristocratic country house designed in Renaissance architect Andrea Palladio’s Villa Veneta style. As handsome as the building is, the site was chosen so Bottega’s young organic vineyard could be sheltered by the neighbouring Alps, which help maintain a consistent temperature from day to night. The building’s traditional design hides many sustainable upgrades: The stucco is a high-tech breathable membrane, and a geothermal energy system runs silently underfoot.

Villa Rosina comes alive on summer evenings, especially when it opens its gates for large alfresco dinners at long tables set among the grape vines and intimate meals served inside one of its rustic salons. The occasion I attend is more the latter, though Sandro makes sure it incorporates the gusto of a much more substantial affair.

We begin with cocktails – and, of course, cicchetti – under a 250-year-old mulberry tree in the garden, chasing a refreshingly tart take on a spritz spiked with Bottega Limoncino with a potent Venetian version of the classic Cuban mojito, made with aromatic herbs and grappa.

The “we” includes an impressive group from across northern Italy. There is the long-time collaborator of architect Frank Gehry, Massimo Colomban, who developed building systems for iconic structures like the Guggenheim in Bilbao. He attends with his powerhouse wife, Ivana Casagrande, the chatelaine of Castelbrando, a spectacular restored castle and hotel (complete with a funicular) high in the foothills of the Alps. Colomban moonlights as Australia’s Honorary Consul to Veneto, while a fellow guest, Italian-Canadian Primo Di Luca, holds that title for Canada in nearby Udine. 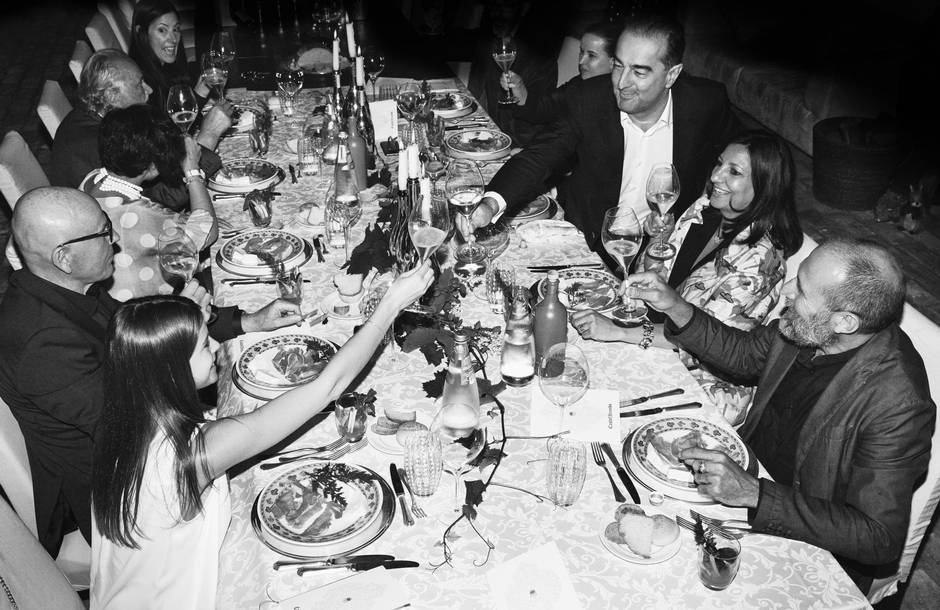 On the creative side is another Canadian expat, Ginette Caron. The Montreal-born, Milan-based graphic designer has worked with Prada and Bulgari and created the Holy See’s pavillion at this year’s Expo Milano. Also visiting from Milan is Sabrina Firman, a chic British Italian who scouts emerging designers like Stella Jean and Fausto Puglisi for her client Holt Renfrew. Rounding out the group is painter Paolo Loschi, the fresh-faced Miss Veneto, Sara Nervo, and our host, Sandro Bottega.

As the risotto is served, Sandro instructs us to carve a little well into the middle and add a splash of Prosecco. Its bright, tangy sweetness complements the velvety starch of the rice. One of the reasons for the enormous worldwide popularity of the dry frizzante wine is that it’s sensorial as soon as you raise a glass. The tank fermentation method preserves the local glera grape’s delicate fruit and a soft jasmine aroma hits you before the first taste.

Taking it all in, I remark on North America’s culture of overwork and our wistful envy of Italy’s more balanced lifestyle. The assembled guests gently correct me. Unlike the elaborate fictions about setting Tuscan suns, the workdays here start early and are long. But people still make time for an evening meal with friends and family most nights, even if it starts well after nine and creeps into the wee hours.

Many thriving businesses line the highway from Veneto to Milan, and the headquarters of international style success stories like Benetton and Diesel are in the area. I wonder aloud what’s behind the industriousness. It’s ingrained over generations and almost genetic, someone suggests. Everyone, even Miss Veneto, who is 19, nods in agreement.

As a course of succulent chicken, prepared according to Sandro’s grandmother’s recipe, arrives, the voluble host remarks that the region’s history also has a culinary effect. Eschewing the time-consuming complications of a trendy restaurant, entertaining guests here means pulling a few herbs from the garden that will decorate the table and flavour the meal with minimal fuss. Wine-making techniques and beloved recipes are handed down through generations, and almost as much time is spent enjoying them. This evening, a noted chef from Castelbrando prepares dinner, but Ivana Casagrande leans over between courses to explain that they are still simple everyday dishes. In Veneto, what we in Canada romantically call the slow food movement is just another Thursday night. 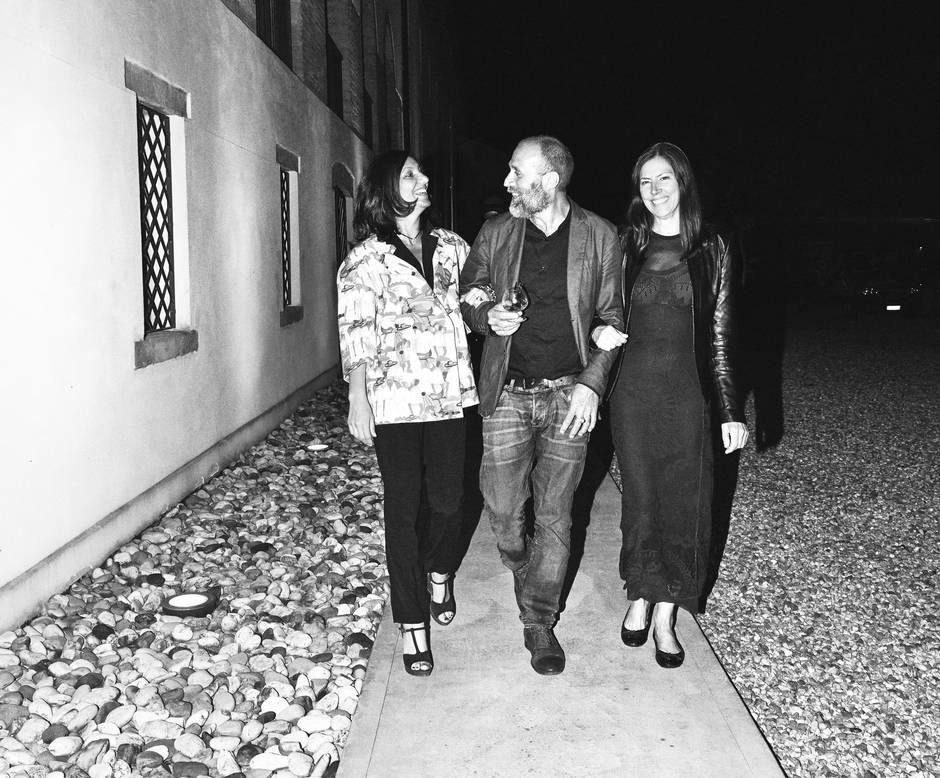 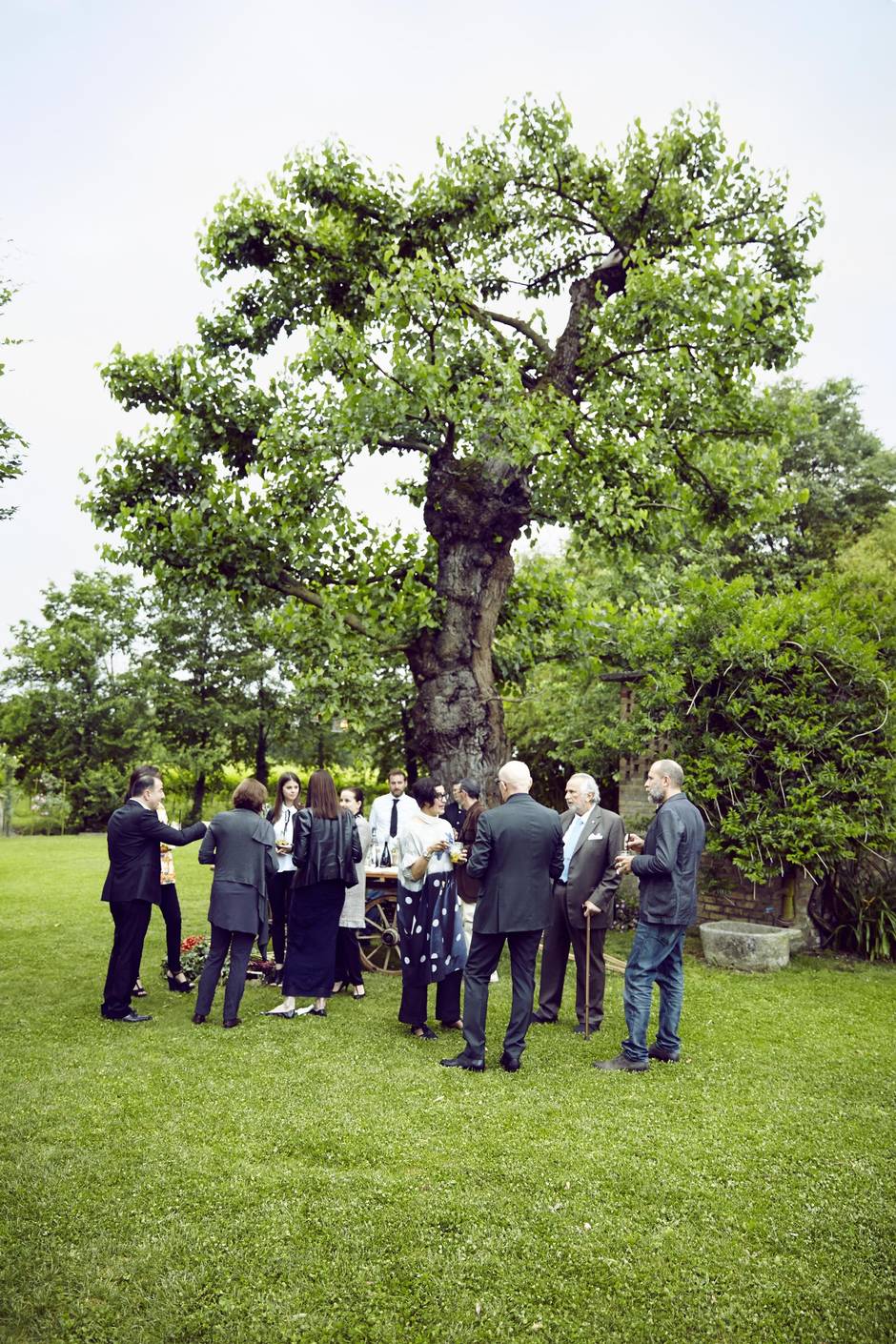 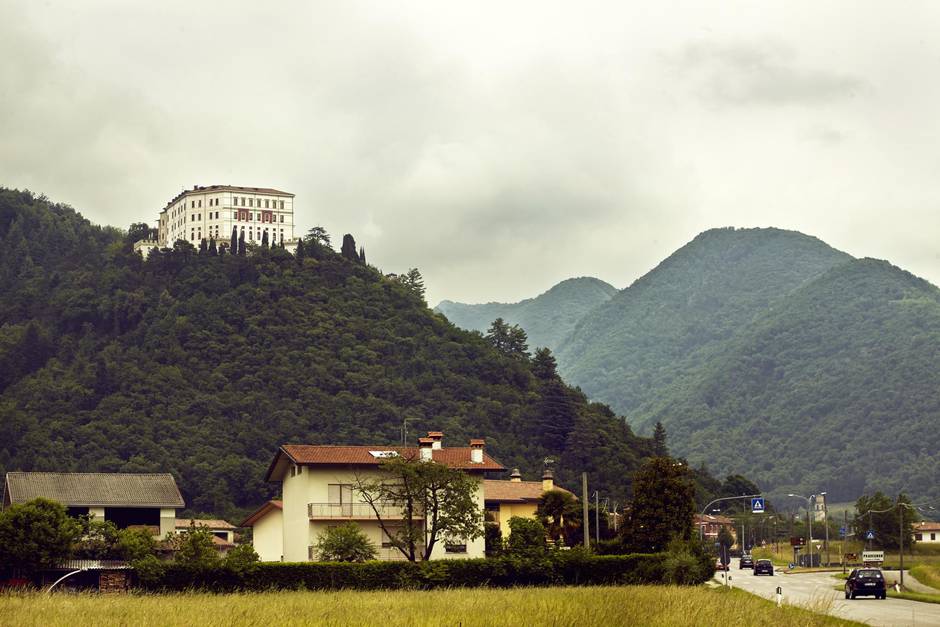 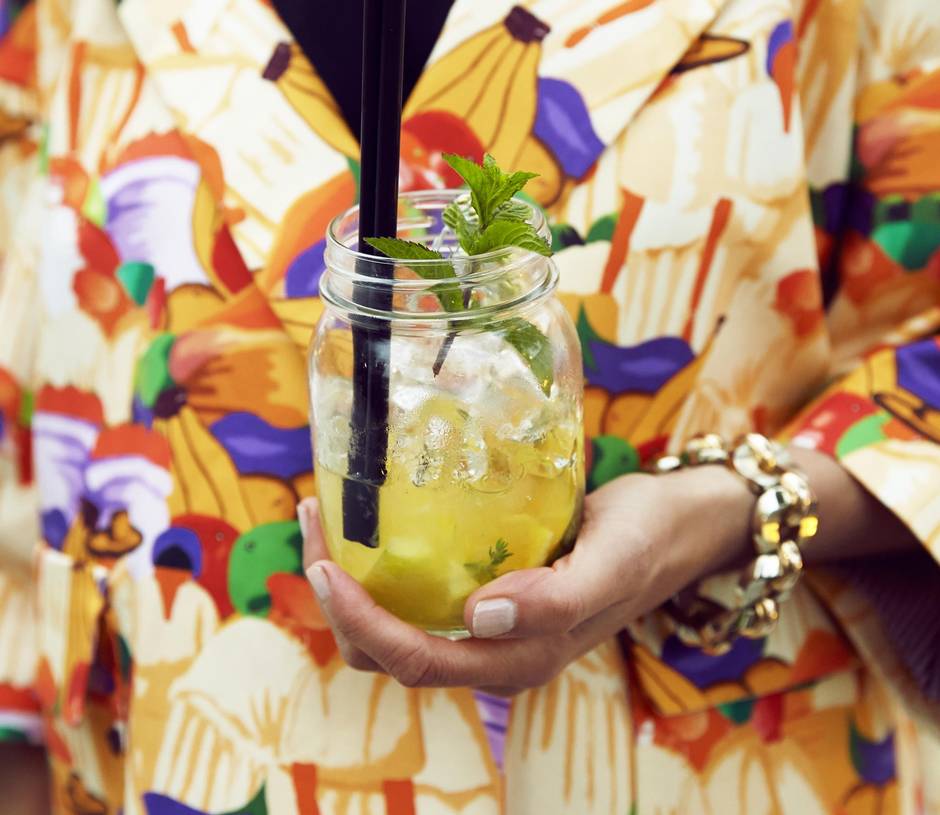 An Italian take on a mojito replaces rum with grappa. 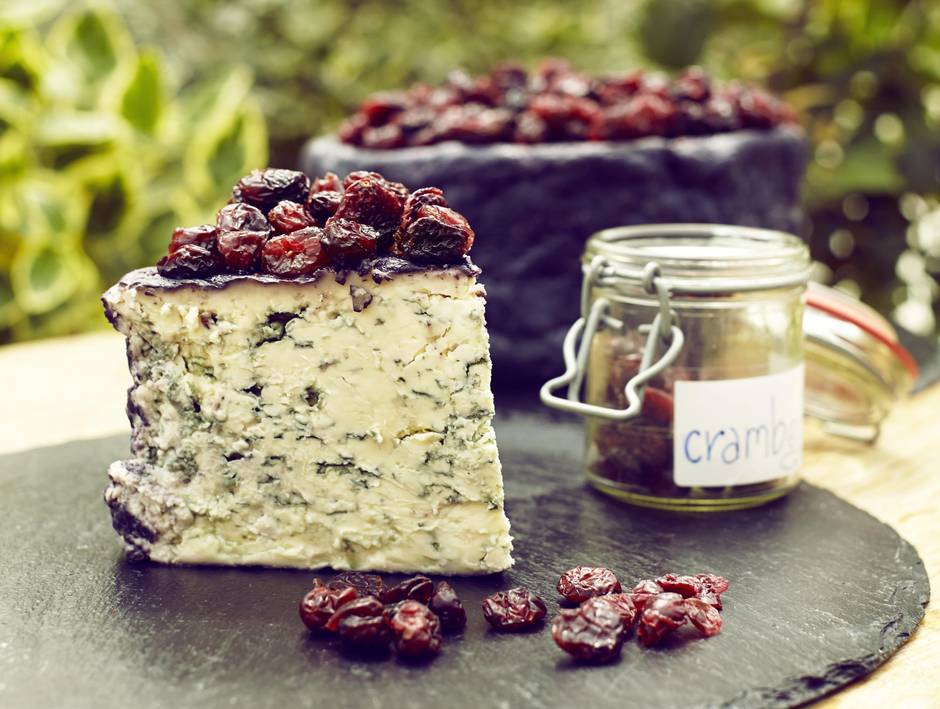 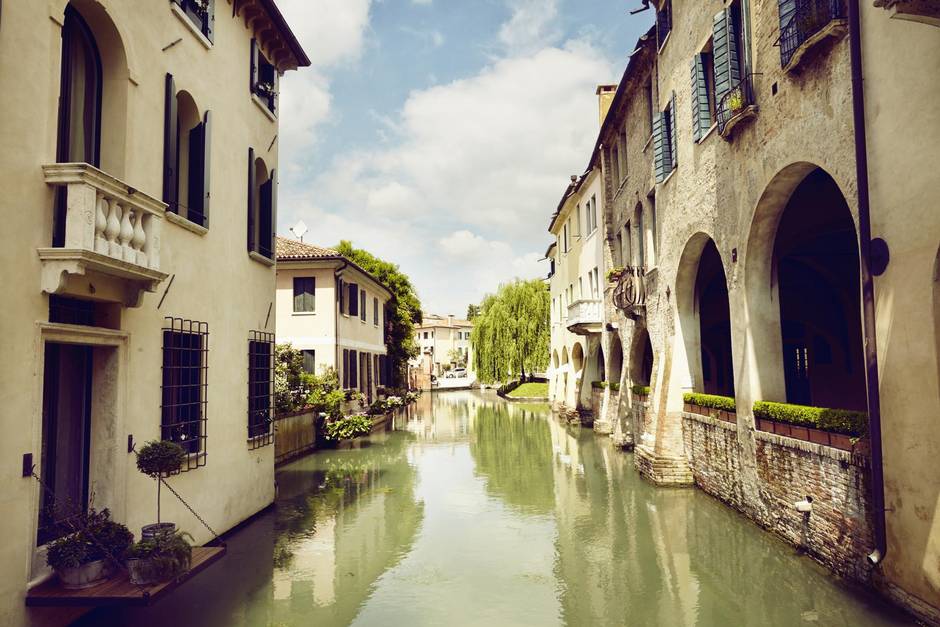 Canal life in Treviso.
Follow Nathalie Atkinson on Twitter @NathAt
Report an error Editorial code of conduct
Due to technical reasons, we have temporarily removed commenting from our articles. We hope to have this fixed soon. Thank you for your patience. If you are looking to give feedback on our new site, please send it along to feedback@globeandmail.com. If you want to write a letter to the editor, please forward to letters@globeandmail.com.
Comments