When the heat wave hit Paris, I forgot how to eat. My appetite dissolved into a sad shadow of its former self. I was thirsty, but nothing came close to quenching the void I felt. Not even a cold slice of watermelon could rouse me.

Cooking became unfathomable because the thought of doing anything (moving included) was out of the question. My local market bursting with seasonal splendour, usually full of inspiration, became one of the most annoying places I could be. Not a single ingredient could excite me. The thought of eating even the most amazing sun-ripened peaches disgusted me because I knew that they would be hot, and this just wouldn’t do.

Plus, my fifth-floor apartment had become unbearable, the heat seemingly able to seep its way into every single surface, walls included. Appliances, too. Even the most beautiful French butter, with its respectably high-fat content, which I always keep refrigerated, had gone soft, the insane chaleur managing to penetrate the walls of my fridge. I couldn’t take it any longer.

I gratefully accepted an invitation from a friend for an apéro at a bar with a terrasse in a nearby neighbourhood. The streets weren’t going to be much better, but at least I could escape the heat-laden surface of my sofa. Drinks lasted barely an hour or so before the two of us couldn’t bear it any longer. How could it be too hot for cold beer?

We parted ways and I reluctantly made my way back to the oven formerly known as my apartment. As I climbed the never-ending stairs, the temperature rising with each floor conquered, I suddenly had a moment of clarity. A vision of the popsicle moulds I had bought on a whim last summer popped into my mind. I bounded up the final flights as if the weight of the weather had been lifted from my shoulders. Had I finally found my missing motivation? I flew in the door and headed straight for the kitchen to that back corner cupboard where I knew they had been banished all those months ago and triumphantly pulled them from their exile. I would go on to make the following recipe for popsicles and everything in the world would become right again.

In a small pan, heat on medium and stir both ingredients together until the sugar is fully dissolved. Remove from heat and allow to cool. Can be made up to a week in advance. Store in a sealed container in the fridge until ready to use.

In a medium bowl, stir all together until completely combined.

In a blender, add:

Blend on high for 5-10 seconds. Immediately strain through a fine mesh strainer.

Combine this with the remaining liquid from the initial mixture and stir to combine. This is your popsicle base.

Add 2 thin slices of Persian cucumber and a half round of thinly sliced fresh lime to each mould. Pour the popsicle base into the moulds. Leave 1/2 centimetre of space at the top of each mould. Place the moulds (in their stand) on a flat surface in the freezer and freeze for a good 2 hours without the popsicle sticks.

At the 2-hour mark, add the popsicle sticks. At this point, the liquid should be beginning to freeze and you will be able to use the sticks to push the cucumber and lime garnish down further into the moulds, resulting in a prettier popsicle.

Continue to freeze for at least another 3-4 hours, or until completely frozen.

To unmould, run each popsicle mould under warm water for a couple of seconds before pulling gently on the stick to release it.

Summer recipes: Fresh from the garden or market to your table
Subscriber content
July 29, 2020 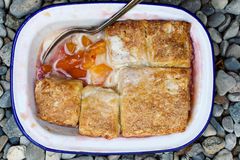 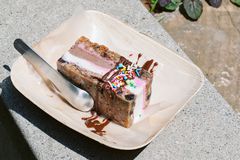 This summery dip shows off the artful possibilities of crudité
July 10, 2019 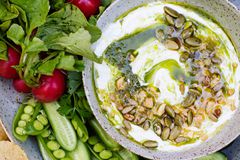