I love baked beans. Especially with breakfast. The first time I remember having them was with my maternal grandmother in Debenham's department store in Southampton, England. The beans were part of the full breakfast special. They were sticky, slightly overcooked in the best possible way, and I was immensely taken with smashing the accompanying blackened tomato into them, which loosened up the sauce and made everything gloriously juicy. Then I pressed it all onto my toast with the lusciously runny eggs, a slice of sausage, and a smear of brown sauce. It was my perfect bite.

My kids though, are not such an easy sell. They generally have broadly ranging appetites, which isn't surprising given their distinctly mixed Indian-Irish-English heritage and the reality of being the offspring of a person who writes about food for a living.

Their status as my default taste testers means they've learned to articulate their opinions on our meals and my cooking. And for the longest time, I couldn't figure a way to get my boys on board with baked beans in any form. I offered them up with hot dogs, but no takers. With jerk ham hocks: no dice. With beans of every sort and laced with maple syrup boiled by their own grandfather. Not happening (but they'd like the syrup with tomorrow's pancakes, thanks very much).

That is, until this past summer, when the smoky, bacon-studded baked beans at Ottawa restaurant Wilf and Ada's gained two new fans in the under-10 crowd. Bolstered by the turn of events, I decided to give beans another go at home.

I chose large lima beans because I like their fluffy insides when cooked, and cooked them as per usual: soaked overnight in cold water, then rinsed and covered with fresh water, with a peeled garlic clove, two bay leaves and a hefty pinch of dried chile flakes, then brought to the boil, partially covered and left to burble on the lowest heat possible. I let them cook until tender with fluffy mashed potato insides.

For next steps, I banked on the boys' fondness for Punjabi chole (channa) masala. Onions, ginger, and garlic make up the base, then the velvety vegetable mix is brought to life with garam masala, ground coriander, cumin, turmeric and chile flakes. With more tomatoes than customary and the addition of tomato paste for even more body, the gravy turns out like Indian ketchup. The brown sugar helps with the colour and rounds out the flavours so that they come across as salivatingly acidic, and with just enough humming heat rather than full-on fire.

On toast, with eggs, or simply out of the pan, they are thus far a hit in our household. I consider it no small victory.

Toast and garnishes such as eggs cooked to your liking, chile oil, fresh cilantro, coriander chutney mixed with yogurt, or fresh lime wedges

Preheat an oven to 350 F. In a large Dutch oven over medium heat, melt the ghee. Add the onions along with a good pinch of salt and cook, stirring often, until very soft and evenly golden, around 15 minutes. Tip in the garlic and ginger and cook for 1 minute more, keeping the vegetables moving all the while.

Stir in the sugar, coriander, garam masala, cumin, turmeric and chile flakes into the pot and toast for 30 to 45 seconds, until aromatic. Spoon in the tomato paste and cook, firmly mashing and working the paste into the vegetables and against the bottom of the pan until the paste starts to darken and its raw smell has cooked away, about 2 to 3 minutes.

Pour in the tomatoes and beans, and stir gently. If needed, add enough water so that the liquids cover the beans completely. Season with another pinch of salt.

Bake beans in the hot oven, uncovered and without stirring, until the sauce is richly coloured, thick and bubbling all over, about 1 hour. Check for seasoning, then serve beans on top of toasted bread, with garnishes as desired.

Note: Coriander chutney is sold in Asian shops and some supermarkets; it is also simply called green chutney or by the Indian names of hari or dhaniya chutney. 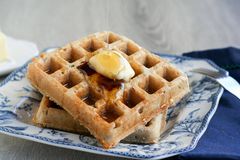 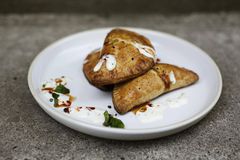