Every year, whenever the Seville oranges were outstanding, my mother used to make marmalade. Hers was based on a recipe from the 1973 U.K. edition of A Culinary Year, a cookbook from Reader's Digest.

It felt ceremonial. There was a particular speckled black pot used for the boiling of jars, which would materialize for its once-a-year performance, followed by the methodical task of slicing the peel into the thinnest of strips, all the while breathing air ripe and heavy with the scent of sugared citrus.

Since I didn't like marmalade as a child (I was a stupid child), I didn't take particular joy in the results. But the worthiness of the act was not lost on me (stupid child, or not).

Canning is simply pragmatic. When fruit and vegetables are comparatively cheap and plentiful, it makes sense to find a way to hold onto the harvest for leaner times. It also cuts down on waste during days of plenty; instead of at-its-peak produce being left unused or, worse still, headed for the compost, it's easy enough to organize a few jars of jam or ketchup.

I put up large batches of things like pickles and canned fruit, but I keep my summer jam-making to a smaller scale. With yields of two to three pints at a time, cooking relatively modest amounts of fruit retains its integrity (greater quantities of liquid take longer to reduce and thus the fruit further breaks down). And as an additional boon, few of us want to turn our kitchen into saunas in summer's heat. One of my standard recipes takes about 30 minutes on the stove, plus 10 to 15 minutes processing the jars in a hot-water bath if I'm going that route. I usually take on the task first thing in the morning or last thing at night, with minimal fuss.

This refrigerator peach preserve is almost a hybrid of a pickle and a jam. It came about once I'd exhausted myself of the straightforwardly sweet peach jam that is my usual (made with vanilla bean and bourbon). I aimed for something keen-edged and suggestively savoury that could be used equally on sugar-crusted scones as with charcuterie and cheese. Red-wine vinegar offers brightness and zing, while the almost lulling notes of coriander, fennel and bay bring a needed earthiness. The effect is surprisingly addicting, the sort of one-two flavour combination that sets the mouth to water. For the record, it's also wickedly good, gently warmed, atop vanilla ice cream.

Note: While this is a refrigerator preserve, it is still good practice to keep fastidious sanitization measures when working with jams. Fruit should be thoroughly washed and unblemished – discard any bruised or brown bits. Wash jars in lots of hot, soapy water and keep them warm on a towel-lined tray in a low oven (250 F) until ready for filling. If using two-piece lids, the rings can be kept in the oven with the jars, but the lids submerged in hot water.

Servings: Makes 4 cups or so, depending on fruit

Squeeze the juice from the lemon into a large, wide, non-reactive pot (see note below). Collect the lemon pips and pop them into a self-fill tea bag or a doubled layer of cheesecloth. Make a bundle of the seeds with the peppercorns, fennel, coriander, bay leaf and cinnamon stick, closing the bag or tying the cheesecloth securely. Whack the bag a few times with something heavy, then add it to the juice. Cut each of the juiced lemon halves in two and chuck them into the bowl as well.

Peel the peaches either by hand (a sharp y-peeler is just the thing for the task) or by cutting a small cross in the bottom of the fruit, and then blanching. If desired, rescue a few of the abandoned peels and place in another tea bag or cheesecloth sachet and tuck into the pot – the skins will contribute an attractive blush to the preserves. Cut the peaches into 1/4-inch slices into the lemon juice, tossing periodically to prevent browning. Once all the fruit is cut, pour in the sugar, followed by the vinegar and salt. Give a few gentle turns with a large spatula or spoon, then cover with cling film and let sit at room temperature for two hours, or refrigerate overnight. Stir on occasion, if you remember to do so.

Place a small, heat-safe plate in the freezer. Scrape the butter in with the peaches, then bring to a boil, uncovered, over medium-high heat. Cook, stirring periodically, until the jam is roiling with thickly bursting bubbles rather than fine ones, about 25 minutes. While the fruit cooks, a pale foam may form on its surface; if left, the foam will cloud the final jam. If concerned, skim the foam off with a wooden spoon. I keep the collected foam aside in a small bowl and, once cooled, serve it to my children with yogurt (or eat it myself.)

The jam will need more attention as time progresses; stir it frequently, carefully, to prevent it from catching. At the 20-minute mark, you can also lower the heat to medium, as the jam will be able to maintain its boil on its own.

When you think the jam is ready (and it’s better to start testing sooner than later), remove the pot from the heat and retrieve the frozen plate. Drip a puddle of the jam onto the plate and then freeze for 30 seconds. Push your finger through the cold jam – if the liquid softly but clearly wrinkles, it is ready. If not, put the jam back on the heat and boil for a few minutes more before testing again. Freeze the plate again as the jam cooks. Once the jam has reached the proper consistency, discard the lemons, spice bundle and peels, if you included them.

Decant the fruit into hot, sterile jars (see note) and seal. Allow to cool to room temperature before refrigerating. Use within one month.

Notes: Thin copper jam pans are the ne plus ultra when it comes to making preserves; they conduct heat efficiently, cooking the fruit quickly and preserving more of its flavour. Other pans will do, but be wary of any that heat unevenly; hot spots will scorch your jam. If it’s a wide one, I don’t mind a heavy pan or pot, as its larger surface area allows for faster water evaporation. I’ve made fine preserves in an enamelled cast-iron Dutch oven or braiser.

With the ratio of 2:1 fruit to sugar and the healthy dose of acid, this preserve does line up with traditional guidelines of those safe for hot-water bath processing for shelf storage. However, the recipe has not been tested for its exact acidity, and it is thus advisable to err on the side of caution. 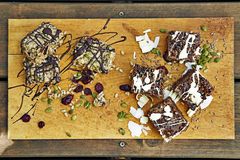 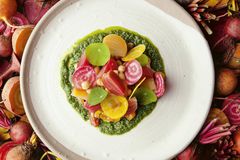 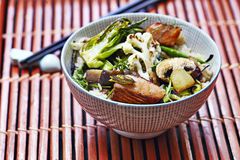