The word freekeh sounds like it was conceived by a marketing genius. Not only is it ridiculously fun to say – it's pronounced FREE-kuh – when you plug it into Missy Elliott's Get Your Freak On it creates a relentlessly catchy jingle. Not bad for something you buy at the health-food store.

Popular throughout North Africa and the Middle East, freekeh is durum wheat that is picked green, while the seeds are still young and moist. It's then fire-roasted and threshed to remove the chaff, which is the real source of its name: freekeh means "to rub" in Arabic. Finally, the grains are dried.

Freekeh is sold in two forms: whole or cracked. The former, like conventional wheat berries, take an hour to boil and their stubbornly toothsome exterior is more suited to the muscular jaws of ruminates. Cracked, on the other hand, is worthy of a Ms. Elliott endorsement.

Similar in appearance to coarse bulgur but with a green tint, cracked freekeh has a complex flavour that's rich, nutty and earthy with a whiff of smoke from the roasting process. Its pleasantly chewy texture is reminiscent of ground meat or, in vegetarian terms, textured vegetable protein (TVP).

While it's a long way from being a household word, freekeh is slowly trickling into the mainstream. Aroma, the Israeli-based chain of cafés, recently launched a freekeh salad with chopped vegetables, pickles and labneh (strained yogurt) at their Canadian locations. And in Sarah Britton's terrific new cookbook, My New Roots, the grain stars in a recipe for savoury pancakes topped with poached eggs and wilted chard.

At its most basic, cracked freekeh can be used as a more nutritious substitute for brown rice – it's high in protein, fibre, calcium, potassium and iron. In summer, it can take the place of couscous, bulgur, farro or quinoa in any salad. In colder months, it adds substance and texture to leguminous soups.

Most recipes suggest simmering cracked freekeh in a covered pot like rice, but I prefer to boil it, which requires a less watchful eye and produces a fluffier result.

In the recipe below, freekeh provides a bed for a crunchy "Middleterranean" salad topped with smoky slabs of grilled halloumi cheese. It's an excellent vegetarian lunch or light dinner entrée, or a substantial side dish to grilled fish or kebabs.

Freekeh can be found at natural food stores and some supermarkets, packaged under the Casbah, Greenwheat or Bob's Red Mill brands. If the price tag seems a bit steep – it's upwards of $9 per pound – just remember: "Get your free-keh … get your free-keh …"

Since this is not a lot of halloumi, you can just as easily char it in a grill pan on the stovetop instead of firing up the barbecue. Freekeh can be cooked up to three days in advance and refrigerated. Bring it to room temperature before serving.

Bring large saucepan of lightly salted water to boil. Add freekeh. Reduce heat to medium-high. Skim and discard any foam that rises to surface. (It will turn an unsightly dark grey if left.) Boil until slightly al dente, 25 minutes. Drain in sieve. Spread out on baking sheet to cool. Reserve. 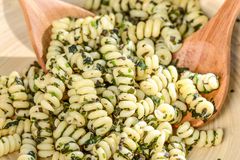 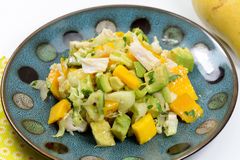 Recipe: Dandelion salad with Caesar vinaigrette
June 16, 2015
Follow us on Twitter @globefoodwine Opens in a new window
Report an error Editorial code of conduct
Due to technical reasons, we have temporarily removed commenting from our articles. We hope to have this fixed soon. Thank you for your patience. If you are looking to give feedback on our new site, please send it along to feedback@globeandmail.com. If you want to write a letter to the editor, please forward to letters@globeandmail.com.
Comments