Eggs are some of the first things I learned to cook when growing up. I would go through flats of them as I tried every technique and combination I could think of. As a chef, you realize how important eggs are to cooking, and that it takes skill and technique to cook them properly. I love how comforting a quiche can be to eat. The velvety texture, flaky crust and flavorful filling makes for the perfect French breakfast, a cuisine that I particularly love to cook. My new restaurant, Hexagon, opening in March in Oakville, Ont., will be a take on modern French cuisine. This recipe will be a feature at the restaurant. The combination of beef fat and leeks provides a lovely contrast between the meat's umami flavour and subtle onion notes all wrapped up in the pleasing texture of a quiche.

6 green onions, cut on a large bias for garnish

Place the flour, salt and cold fat (or butter) in a stand mixer with a whisk attachment. Mix until the butter crumbles into small pieces. Add the water and mix on low until the mixture starts to come together.

Transfer the mixture to a clean surface and knead with your hands until it comes together into a ball. Do not overwork the dough as you may develop too much gluten from excessive kneading, which will cause the crust to lose its flakiness. Wrap the ball of dough with plastic wrap and place it in the fridge for around 20 minutes, until it’s cold and firm.

Once the dough is cold, remove it from the fridge and place it on a clean flat surface. Dust the dough with flour as necessary so that it doesn’t stick to the pin or the surface, and using a rolling pin, roll the dough until it’s about ½-cm thick. Make sure the dough is equally rolled out so it bakes consistently.

Using a paper towel, butter a pie tin. Make sure it’s spread evenly in all of the corners to ensure the crust doesn’t stick. Carefully lay the rolled out dough into the pie tin. Place the centre of the crust in the middle of the tin and work your way to the sides. Take a piece of scrap dough and create a small ball to push the crust into the corners and sides. This allows you to push the dough into each corner without breaking it. Using the rolling pin, roll over the top of the pie tin to cut the excess dough off of the sides.

Cut a piece of tin foil the size of the base of the pie tin, and place it on top of the dough in the tin. Pour the dry beans on top. This stops the crust base from rising while you bake it. Put the pie tin in the fridge for about 10 minutes, until the crust is cold again. Once chilled, place the pie crust in the oven and bake it for about 15 minutes, until the crust is slightly baked. Remove from the oven, remove the foil and beans, and reserve the crust for later.

Place a tablespoon of oil in a small pot and set it over medium-high heat. Once the pot is hot, add the mushrooms and sauté until they are cooked halfway, about five minutes. Add the garlic and cook for another minute. Add the cream and turn the burner down to low heat. Once the cream comes to a slight simmer, remove the pot from the heat and let it stand for five minutes. Pour the contents into a blender and purée until smooth. Transfer the mixture to a food-safe container and refrigerate until cool.

Place a tablespoon of oil in a non-stick pan over medium-high heat. Cut the leek into ½-inch disks. Cut the cipollini onions into quarters. Place the leeks and onions in the pan, cut side down, and sear on both sides until caramelized. Remove from the pan and reserve.

Once the cream mixture is cool, pour it into a mixing bowl. Add two eggs, chives, ¼ cup of Parmesan and salt, and beat the mixture with a whisk until combined.

About 10 minutes before it’s finished cooking, pull the quiche out of the oven, brush the crust edges with egg wash and place it back in the oven. Use a cake tester in the centre of the quiche to determine if it’s cooked. If the tester comes out clean, it’s done. Remove the quiche from the oven and let it rest for about five minutes before cutting into it. Garnish with green onions and serve. 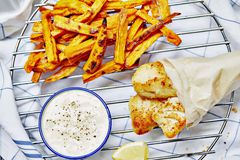 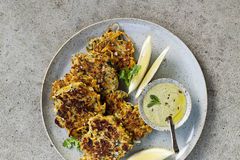 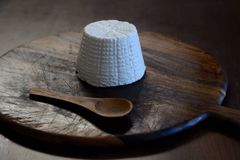