Surrey is one of the last foodie frontiers in Metro Vancouver.

Over the years, we have explored the strange new worlds of Hakka hot pots and pan-fried xiao long bao in Richmond. And we've ventured to the outskirts of Burnaby to seek fiery Hunan pig hearts and Guizhou fried fish.

This is a shameful admission for me, given the size of the city (second largest in British Columbia) and the density of its South Asian population (31 per cent).

Thus, some friends and I have recently made it our mission to boldly eat where very few restaurant critics and food bloggers have eaten before. We leaned on business acquaintances and their extended families for suggestions, talked to office interns and strangers in airports.

Almost every recommendation led to Tasty Indian Bistro. Why? I'm still not sure.

The beautiful space is certainly a draw. Romantically lit with jewel-toned recesses and filigree pendants, the high-ceilinged restaurant does not look like your average mom-and-pop curry house. It is a large restaurant, with seating for 180 people in several rooms, including a glossy black bar, a glass-curtained patio and a lounge bedecked with ornate stonework. In the main dining area, deep leather banquettes are strewn with silk cushions. Even the marble bathrooms are lovely.

For all its intricacies, Tasty still has the feel of an upscale chain restaurant. Think Cactus Club Café or P.F. Chang's. And it has similar characteristics. In addition to serving wine, beer and cocktails, water comes with a straw in every glass. The servers are young and hyper-enthusiastic. The dessert menu includes red velvet cake.

P.F. Chang's is often referred to as a Chinese restaurant for people who don't really like Chinese food. You can't say something similar about Tasty. Although the clientele (lined up for tables on a busy night last weekend) was diverse, more than half the guests were of Indian descent.

Our server insisted we try chili mushrooms, his absolute favourite. The battered, deep-fried mushrooms, served on a bed of grilled red peppers and iceberg lettuce, were tossed in a sticky red sauce aggressively seasoned with vinegar and cayenne. They were okay when hot. A few minutes later, they became extremely gummy.

Mango chicken – another one of our server's favourites and most popular item on the menu, he explained – tasted like a butter-chicken smoothie. It was awfully sweet. And the chicken (all breast meat) was astonishingly dry.

As with some of the other curries we tried, including a bright lamb vindaloo chock full of cilantro and coriander and an average goat masala, it appeared that the mango chicken had not been braised for very long. The morsels were tough and barely penetrated with sauce. I suppose in a restaurant of this size, it makes practical sense to add the meat to order. But this mass-service method certainly lacks the glorious textural and taste sensations of a slowly simmered, fully infused, falling-off-the-bone traditional curry.

Baingan bharta, a mashed-eggplant curry, was the highlight of the night – deeply smoky and flecked with earthy mustard seeds. Malai kofta, a vegetarian dish comprised of deep-fried cheese, potato, cashew and raisin balls, were so flaccid they pretty much disappeared in the creamy gravy.

Tasty offers several interesting breads, including the rarely found whole-wheat paratha (more like thin roti than fluffy naan) stuffed with spinach, cauliflower and potatoes. But the plain rice did not taste in the slightest bit like basmati. It was puffy, slippery and probably finished with clarified butter. When I closed my eyes and took a bite, it tasted remarkably similar to a boiled pot of Uncle Ben's.

The popularity of Tasty Indian Bistro is baffling to me. Although the superficially luxurious concept may be new, the food is average at best.

There is much more to explore in Surrey. But this initial excursion was a tremendous disappointment. 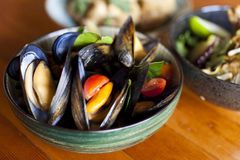 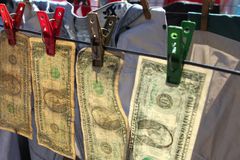 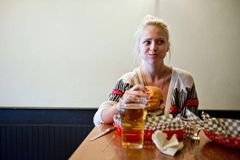