Alexandra Gill
Vancouver
Special to The Globe and Mail
Published May 30, 2021 Updated May 30, 2021
For Subscribers
Comments
Text Size

It was hard to feel anything but ecstatic this week.

On Tuesday afternoon, the B.C. government announced its four-step restart plan, which included the immediate resumption of indoor dining. By happy hour, restaurants across Vancouver were packed.

Glasses clinked, elbows bumped, reservation lines rang off the hook and for the first time in 15 months, everyone was gorging on a bright gush of endorphin-fuelled optimism about the future.

Me? I’m usually a glass-half-full kind of gal. But as I sat at a bar that night – sipping crisp pecorino (poured straight from the bottle by a charming sommelier who didn’t have to rush off anywhere), nibbling on a plate of stupendously thick and tender braised-guanciale (which stayed blissfully warm thanks to indoor heating), luxuriating in my lack of bulky winter layers and soaking up the buzzy vibe – a twitch of irritation began gnawing at the back of my mind.

Indoor dining is such a precious privilege. House parties, local vacations, late-night drinking and long-table dinners are on the horizon. Concerts, galas and big fat family weddings are so close we can almost taste them.

But the provincial restart plan is not unconditional. The next steps are aggressively tied to decreased case counts and increased vaccination rates. If we stall and fail to reach the vaccination target of more than 70 per cent, we’re all going back to the dungeon.

Contrary to the beliefs of the minority ne’er-do-wells, who selfishly assume that they can coast into the light of day on the coattails of everyone else who rolled up their sleeves for their own personal protection and the collective good, there is no getting around vaccinations.

Vaccinations are “vital” to reduce the spread of community transmission and “the key” to our reopening plans, Provincial Health Officer Bonnie Henry emphatically reiterated several times during Thursday’s news conference.

The good news is that we’re on the right track. This week, the province reached a three-million milestone, which accounts for 65.8 per cent of the adult (18-plus) population who have received at least their first dose.

On the flipside, this means nearly 35 per cent of adults in this province have not stepped up for the jab.

Vaccination rates in B.C. decrease with age: less than 70 per cent in the under-50 age demographic and less than 50 per cent for those under 30, according to the latest statistics from the B.C. Centre for Disease Control.

The numbers for younger people should, fingers crossed, catch up as the booking appointments ramp up. But as public-health experts warned parents this week, we can’t just assume that teens, so easily susceptible to the spread of disinformation on social media, are going to line up eagerly with their deltoids outspread.

There are still regional pockets across the province where vaccination rates remain stubbornly low. If the numbers don’t increase in Lake Country, which includes Kelowna, you might want to kiss those dreams of a wine-country summer getaway goodbye.

And around the world, herd immunity is proving elusive, even in highly vaccinated countries, as The Globe and Mail reported on Friday.

B.C.’s 70-per-cent vaccination target for restart in Steps 3 and 4 is a minimum threshold – and could very well go up.

Which means everyone – you, me, that cute French neighbour who has forsaken all national pride in coming from the land of Louis Pasteur to embrace a somewhat baffling anti-vaccination sense of patriotism (France has one of the highest rates of vaccine-hesitancy in the world) – needs to get vaccinated and receive their second dose. Vite!

For a minuscule portion of the population, there are valid medical reasons to decline the vaccination and some people are so entrenched in opposition to vaccines that they won’t change their minds.

But as much as I’d love to see the unjabbed in our midst be barred entry from restaurants and bars, that’s not likely going to happen anytime soon.

A guide from the Canadian Council of Parliamentary Ombudsman, released on Wednesday, strongly warns provinces of the COVID-19 vaccine passport pitfalls. A day earlier, Dr. Henry said, “there is no way that we will recommend inequities be increased by use of things like vaccine passport for services [or] for public access here in British Columbia.”

Personally, I don’t worry about the safety of dining indoors at restaurants. The safety protocols are solid.

I do, however, worry about the continued stability of restaurants, given that they are currently not allowed to make vaccination a condition of employment. To even ask employees if they’ve been vaccinated could be considered a violation of human rights and privacy considerations. This is according to legal advice solicited by B.C.’s Alliance of Beverage Licensees and the B.C. Restaurant and Foodservices Association.

As we wait for the provincial government to intervene with more sassy public-health campaigns from Seth Rogen and Ryan Reynolds, it’s up to us.

We’re in a race against the variants. Vaccinations aren’t foolproof, but they’re our best means of defence. Restaurants are a vital part of the restart. And if we want to continue enjoying the privilege of indoor dining, the laggards should pay the piper and everyone must get jabbed. 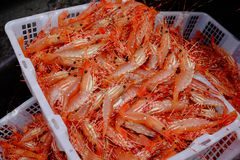 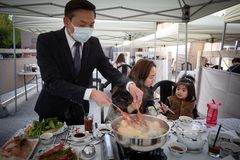