The spring salmon dish currently being featured at Vancouver’s PiDGiN Restaurant looks, at first glance, like a showcase of B.C. abundance.

Plump and thickly marbled, the bright-orange fish is marinated in sake kasu from Granville Island’s Artisan Sake Maker, served on a bed of fresh-picked zucchini from Burnaby’s Hannah Brook Farm and garnished with local sea asparagus.

But the spring salmon itself, a prized North Pacific variety also known as chinook and king, was ocean-raised at a sustainable aquaculture farm in New Zealand.

“This is a political statement,” says PiDGiN owner Brandon Grossutti, one of several impassioned restaurateurs who say it’s time to stop serving B.C.’s beloved wild salmon, which is now on the verge of collapse after decades of decline.

On June 29, Fisheries and Oceans Canada (DFO) abruptly closed 79 commercial Pacific salmon fisheries – accounting for roughly 60 per cent of the fishery and 80 per cent of landed volume – in British Columbia and Yukon.

The closings will last “multiple generations,” says a statement from the DFO, which is now creating a commercial-licence buy-back program to permanently decrease the size of the West Coast salmon fleet and compensate harvesters for the loss.

In a statement, the federal government says it has been listening to the calls for change from Indigenous partners, harvesting groups and stakeholders – and is acting.

“What cannot be debated is that most wild Pacific salmon stocks continue to decline at unprecedented rates,” said federal Fisheries Minister Bernadette Jordan. “We are pulling the emergency brake to give these salmon populations the best chance at survival. But with fewer and fewer returning every year – disappearing before our eyes – we have to act now.”

The issues are deeply complex and nearly impossible for the average consumer to navigate given all the competing interests and current dearth of independent, sustainable-certification oversight.

But some B.C. restaurant owners and chefs say the short-term solution is straightforward and they are taking a stand by removing what little remains of this summer’s wild B.C. salmon runs from their menus.

“We have to lay off for a while,” says Ned Bell, a longtime sustainable seafood ambassador and former Ocean Wise executive chef.

Two weeks ago, Mr. Bell decided to take wild B.C. salmon off his menu at the Naramata Inn in the Okanagan Valley. He replaced the popular summer staple with lake trout from Kamloops.

“I’m not saying don’t eat wild Pacific salmon or that I’ll never put it back on my menu. Some runs and species are still doing quite well. But others are desperately in trouble.

“The problem is that consumers don’t really think about wild B.C. salmon in those specific, hyper-local terms – how it was caught, where it was caught, was a fair price paid to the fisher who caught it.

“And if we keep hammering them, our children’s children will not have any wild salmon at all. So for now, I’m just taking a pause.”

Andrea Carlson, executive chef of Vancouver’s Burdock & Co., came to the same tough decision several years ago when the returning salmon runs were “dismal” and she could no longer justify it as a sustainable seafood choice.

“Just because the demand is there doesn’t mean we should be serving it year-round. We’re coming to a crossroads and this might be the year that bigger restaurants like ours take the plunge.”

For consumers, it’s getting harder to know the right choice from wrong.

There will still be small amounts of wild B.C. salmon available in restaurants and retail stores this summer – from “unimpeachable sources” says Christina Burridge, executive director of the B.C. Seafood Alliance.

“And the best thing that people could do for the folk who put their lives into these fisheries and are being eased out of it is to buy from them,” she adds, noting that the Barkley Sound sockeye run just came in three times over forecast.

But that Barkley Sound sockeye is “very skinny and doesn’t have much retail value,” says Jenice Yu, the owner of Fresh Ideas Start Here, a storefront and wholesale distributor. Ms. Yu is now leaning on her Japanese suppliers and bringing in extra Hokkaido sea urchin to compensate for “what was supposed to be my salmon season.”

Whatever sustainable B.C. salmon is out there will, in many grocery cases, be sold alongside Siberia sockeye from Russia, a fishery that is completely unregulated and not always advertised on the label.

Ocean Wise, the Vancouver-based conservation association that educates the public about issues surrounding sustainable seafood and rates fisheries with consumer-friendly “recommended” or “not recommended” logos, is waiting for more information about the DFO’s approach to wild-salmon management before it can provide any clarity.

“We have heard that this is just the first step,” says Ocean Wise fisheries manager Sophika Kostyniuk. “Closing these commercial and First Nations fisheries might relieve pressure in the short term, but it will absolutely not deal with all the complexities. I am hoping very much that we will soon start hearing about things like restoration of streams, culverts and dam removals, pollution mitigation and control, climate-change adaptation. What is the long-term vision and strategy?”

For now, Ms. Kostyniuk agrees with the chefs: “This might not be the summer to indulge in this particular fish.”

Ocean Wise has not been able to make solid recommendations on the B.C. sockeye, pink and chum salmon fisheries since 2019, when the industry body responsible for the Marine Stewardship Council certification of those fisheries voluntarily withdrew from the program owing to a lack of stock-assessment data, which the DFO usually provides.

Ocean Wise removed the three species of salmon from its list of recommended seafood and placed them under review. “We are still anxiously waiting for that data to become available,” Ms. Kostyniuk says.

Sonia Strobel, co-founder and chief executive of the Skipper Otto Community Supported Fishery says, “This whole story is a story of DFO mismanagement and of course the public is confused.”

Which brings us back to New Zealand. The idea of using native B.C. salmon, farmed in an open ocean on the other side of the world, might sound highly counterintuitive to many, especially when you add up all the carbon miles accumulated along the way.

But this isn’t the vilified Atlantic farmed salmon that might or might not be having a devastating impact on local wild stocks in B.C. – depending on which study you read and believe.

“We’ve done a really bad job of managing our fisheries, especially when it comes to salmon production,” he says. “I blame this squarely on the DFO’s mismanagement, not the fishers who pay the price for it.”

New Zealand, in his mind, has had a better approach.

“They shut down commercial fishing for a very long time until their stocks came back to a sustainable level. They’ve got this great aquaculture society. And we are using this beautiful product to congratulate them on how well they’ve managed their fisheries for the last 20 years.” 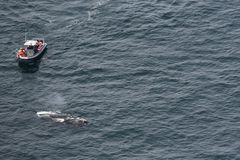 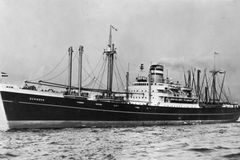