It wasn’t my intention to review these two new restaurants in the Okanagan Valley. I was there only for the weekend and dined at each once. (I usually visit restaurants twice for star-rated reviews.)

Instead, I thought I would wrap them into a feature about the Okanagan’s burgeoning foodie revolution and the migration of restaurant talent driven by Vancouver’s lack of affordability.

Then, as a colleague kindly reminded me, it’s actually my duty to assess them critically. And as one of the few food writers who has visited both independently (not on a paid media trip), I can tell you more honestly – although perhaps less definitively than usual – whether they’re worthy of the buzz they are receiving.

In short: yes, but for different reasons.

Home Block is a game-changing winery restaurant and the first in the Okanagan to remain open year-round. It has tons of money behind it and will put Kelowna on the foodie map. The approachable menu satisfies and contains a few surprising flourishes, but doesn't wow as much as the setting.

Row Fourteen is a much more humble farm restaurant that’s so far off the beaten path, your GPS will probably fail and you might have trouble finding it. But once you do arrive, you’ll taste food so simply exquisite it will make your jaw drop.

The open-concept restaurant is clad in reclaimed barn timber and fieldstone with a soaring cathedral ceiling and fully retractable picture window, leading to a large patio, with spectacular views of Okanagan Lake and the Columbia Mountains beyond.

Warm and rustic, yet glossy and refined, the room evokes a luxury-lifestyle photo spread in the final days of Gourmet magazine, when it was hard to tell which took precedence – the fashion or the food.

Executive chef Neil Taylor hails from Berkshire, England, via Vancouver, where he launched Cibo Trattoria. He later opened Espana, a Spanish tapas bar in the West End, and briefly, a British-style gastropub called The Fat Badger.

His cooking at Home Block will taste familiar to the legion of Vancouver fans who have followed his career. There are comforting pastas, such as the standout silky paccheri smothered in luscious venison Bolognese.

Bone-in steaks are accompanied by puffy potato wedges triple-cooked to a pale-golden crunch and served with cumin-flecked ketchup.

Kelowna isn’t exactly known as an adventurous food city. And several menu items – wedge salads, battered squid and the fried-chicken sandwich – feel as though they’ve been added because they’re the least likely to offend.

There are some unusual suspects. For a Thanksgiving special, Mr. Taylor offered a beautifully marbled pork collar instead of turkey. And the fish, always fresh and sustainable thanks to a great local supplier called Codfather’s, was Haida Gwaii pickerel, which I’ve never even seen in Vancouver.

Both dishes, however, were muddled by too many elements on the plate. The pickerel was overpowered by squash purée and drowned in oily tomatoes. The pork fought with fried sage, charred Brussels sprouts, mustard jus, bread pudding and sweet-potato purée for attention. Neither tasted strongly of the wood-fired grill.

The fuzzy focus comes into sharp relief after a visit to Row Fourteen, located in the middle an organic apple orchard at Klippers Organics, way off the highway in the Similkameen Valley.

Anna-Marie and Kevin Klippenstein opened the restaurant at the end of August with Derek Grey, who is a partner as well as the executive chef. Formerly head chef at Vancouver’s Savio Volpe (he was Mr. Taylor’s pasta cook at Cibo and sous chef at Espana before that), Mr. Grey has more experience with a wood-fired grill. And his custom-made hearth, built by a local welder, is used to greater effect.

Padron peppers are blistered by fire until the charred skins limp loosely around the seeds. They’re piled in a bowl with glug of cold-pressed canola oil and sprinkling of Vancouver Island sea salt. It’s such a basic, yet utterly addictive dish.

Sweet beets and gnarly Thumbelina carrots are tossed straight into the coals then peeled clean to expose their earthy juiciness. They’re served over creamy labneh, drizzled with sticky-apple molasses and showered with toasted walnut shaved to a powder – which all support the toasty main act, without overpowering.

Whole-wheat farmer’s bread with chewy crust and a soft, airy crumb comes with gamey turkey pâté punctuated with sour pickles. It also makes the pedestal for a tall, meaty mushroom tartine topped with a softly runny fried egg and set in a glossy pool of brown butter.

This is food that never lets you forget you’re smack dab in the middle of Canada’s organic farming capital and that the fire grill runs the show. Even the dry-aged cheeseburger is crowned with crispy, charred onions and a hot pink smear of coal-roasted beet ketchup. A warm potato salad on the side is dusted with black onion powder.

If Home Block is a grand cathedral, Row Fourteen feels like a church mouse in comparison with its low ceilings and plain Shaker-style chairs and tables.

It’s so out of the way, fish (also from Codfather’s) has to be hand-delivered by a neighbour who works for contra. And it will close over the winter.

The restaurant shares the space with Untangled Craft Cider, which offers many interesting flavours (plum and shiso, for starters) but leans to the sweet side and could possibly benefit from a pared-down edit.

But the cooking, even at this early stage and from the small amount I sampled, has a strong, clear voice that commands attention. 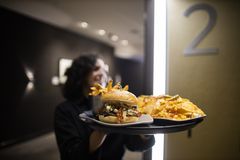 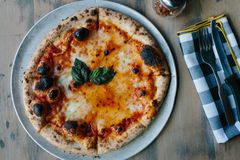 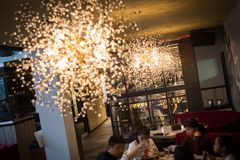