The Fish Man’s Lunar New Year menu is a lavish, six-course feast brimming with symbols of prosperity that are particularly meaningful this year. It was during last year’s festival, usually the busiest time for Chinese restaurants, that COVID-19 crept in with an advance attack and business began drying up.

At this spicy Sichuan restaurant, which I highly recommend, the new year’s spread includes lobes of sea urchin served over softly steamed eggs in spiky round shells that look like purses overflowing with gold ingots; plump spot prawns coated in salted duck-egg yolk, a homophone for laughter (the Cantonese pronunciation of prawn sounds like “ha”); and a massive sour cabbage hotpot – the restaurant’s signature dish – bobbing with a whole barramundi (a sea bass also known as osmanthus cod) expertly carved around the bones with tail intact that represents not just a good start and end to the year, but also abundance when the flower blooms.

The cost, $258 for four people (available for takeout or dine-in), is a steal.

Richmond’s Fish Man is one of 10 restaurants participating in Feast of Fortune, a fundraiser for the new St. Paul’s Hospital at the Jim Pattison Medical Centre organized by the Chinese Restaurant Awards. Among them are Bamboo Grove, one of the oldest Cantonese restaurants in Richmond, one that had never even considered doing takeout before the pandemic forced everyone to pivot; Dynasty Seafood Restaurant in downtown Vancouver, which now sells smartly packaged jars of excellent XO sauce as one of its multiple revenue streams; and Heritage Asian Eatery, a new-generation takeout restaurant that will feature old-world Peking duck.

In many ways, this charitable collaboration speaks to the diversity and resilience of the Chinese restaurant community, which was hit first and perhaps hardest when the novel coronavirus was still a mystery.

But the truth is, Chinese restaurants operate in a parallel system that remains puzzling to the larger restaurant industry and many of us in the Western media.

Most don’t belong to the provincial and national associations that have a seat at government tables. The surveys being collected to measure the pandemic’s impact identify respondents by size, but not cuisine or ethnicity of ownership. These restaurants have different takeout services, different (often overseas) news sources and a main clientele that responds to different cues.

So we don’t actually have any hard data to tell us how they’re really doing.

When I sat down at the Fish Man to preview the Feast of Fortune menu earlier this week, the bustling Sichuan restaurant appeared to be thriving. By 7 p.m., the tables, now separated by Plexiglas at reduced capacity, were full. The seafood tanks were packed with live Dungeness crabs and giant clams. The front door kept revolving with delivery drivers picking up takeout orders.

Behind the scenes, the reality was a little less rosy.

When the rush subsided, chef-owner Bo Li kindly was cajoled out of the kitchen to pose for a quick photo. Wiping the sweat off his brow and smoothing down his hair, he apologized for not having time to chat.

Before the pandemic, he explained by phone the next day, he’d have five or six cooks working alongside him. Last March, when B.C. restaurants were ordered closed and his staff was laid off, many went back to China where they felt safer. They haven’t come back, so now it’s just him and the dishwasher.

Then there’s takeout. Although it looked busy, Mr. Li says that side of the business has dropped by 50 per cent in the past few weeks. Through the fall and into January, he was doing about 30 orders a night; now it’s 15.

“The delivery companies are playing all these tricks,” he says. “UberEats is giving out coupons, but the Chinese companies don’t want pay the money so they’re asking the restaurants to take the cost and offer discounts – 35 to 50 per cent. I don’t really want to do that and my business is slowing down.”

Paul Zhang, owner of Heritage Asian Eatery, confirms that the local Chinese delivery companies have been putting the squeeze on restaurants since the provincial government temporarily capped commissions at 15 per cent.

“It’s ridiculous. A lot of restaurants are going along, but I just told them ‘no way.’ "

And then there are all the darkened storefronts near the Fish Man, which is located on Alexandra Road – or Eat Street, a three-block stretch in Richmond’s Golden Village famous for having the highest concentration of restaurants in the city.

“Generally speaking, the restaurants on this street are not doing well,” Mr. Li says. “A few have closed down, many are for sale.”

This time last year, the Chinese restaurant and food services sector began ringing the alarm bells. Restaurants that depend heavily on Chinese clientele had been reporting capacity drops of up to 90 per cent.

On Feb. 20, the BC Asian Restaurant Café Owners Association held a news conference to ask government officials to provide some sort of tax relief.

Around the same time, Restaurants Canada was alerted by one of its few Chinese members that COVID-19 might boil over into something scary. “This was mid-February and it wasn’t really on our radar,” Mark von Schellwitz, the Western Canada vice-president, explained last summer. “At our board meeting two weeks later, it dominated the agenda.”

Many, myself included, wrongly blamed the woes of Chinese restaurants on fear mongering. Although anti-Chinese sentiment definitely played a part as the outbreak coincided with a precipitous rise in racist incidents, many restaurant owners now say in hindsight that the drop in business was primarily a result of self-isolation by members of the Mainland Chinese community, who were taking their cues from news back home, which was already under lockdown.

“Our business is heavily affected by what is said on the news,” Mr. Li, who hails from Jilin province in northeastern China, told me late last summer. “Not your news, our news – our WeChat news.”

Even the Cantonese restaurant owners with closer ties to Hong Kong initially misread the situation when customers began cancelling their reservations.

“We thought they were overreacting until the government shut us down,” David Chung, owner of Richmond’s Jade Seafood Restaurant and president of the B.C. Asian Restaurant Café Owners Association, said in retrospect.

During the closings, Mr. Li stayed busy by feeding front-line health care workers through #ChopstickstoHeroes, another initiative co-ordinated by the Chinese Restaurant Awards, and devising a unique form of WeChat group sales that he delivered himself several times a week to North Vancouver, White Rock and other outlying regions off the regular delivery-route grid.

But when restaurants began reopening, even Mr. Li, who went to culinary school in Winnipeg and speaks English fluently, was at a loss for information.

One day, after googling to no avail, he resorted to flagging down a city worker who was walking down the street.

“She wasn’t a health inspector. I think she was in zoning. She wasn’t sure, but from her tone I could tell that physical barriers were probably the future.”

“As a Chinese community, we are always on the weaker side of getting information and getting involved.”

It seems almost inconceivable that this standard information wasn’t readily available. But Mr. Li wasn’t the only one who was shocked by the lack of outreach.

“I still can’t really square how long it took for the feds, the province and the City of Vancouver to actually get translations up for a lot of key resources,” said Kevin Huang, executive director of the Hua Foundation, who has been helping restaurants in downtown Chinatown bridge the communication gaps around safety protocols and economic recovery.

Ian Tostenson, president and CEO of the BC Restaurant and Foodservices Association, says he’s tried to reach out to the Asian restaurant associations in the past and did invite them to join the reopening task force.

“There is a language and cultural issue that we haven’t been able to unlock. We need to figure out a different model. I take responsibility for that.” 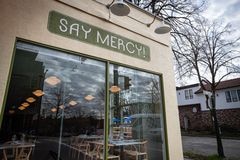 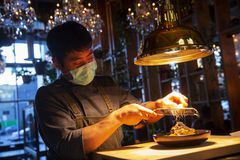 Review
Shopping for the foodies on your list can mean helping a local Vancouver business at the same time
Subscriber content
December 13, 2020 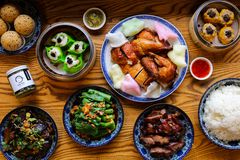