Additional information: Open daily from 11:30 a.m. to 10 p.m.; reservations available for groups of seven or more; almost half the menu is gluten-free.

It’s the summer of the great protein war. The supremacy of the almighty beef burger has been rattled as the plant-based movement marches forward.

In Vancouver, we had our first vegan food festival last month, fine-dining restaurants are finally paying attention to long-neglected vegans with long-table harvest dinners (Boulevard Kitchen & Oyster Bar) and the PNE Fair, home of the bacon-pancake dipper, just rolled out one of the most vegan-friendly concession lineups in North America.

Meanwhile, over in Little Saigon, the corridor of the Kingsway heavily fortified by small mom-and-pop shops specializing in pork-pâté banh mi and beef-noodle pho, a modern Vietnamese restaurant with a menu that is predominantly vegan and nearly half gluten-free has become one of the hottest restaurants in the city.

Do Chay Saigon Vegetarian opened without much fanfare in May. On Monday, usually one of the quietest nights of the week for dining out, the wait for two bar seats (not even a table) was one hour.

We didn’t mind waiting it out while whetting our appetites at the cosy Cedar Cottage Neighbourhood Pub, only one block away. But we were anxious to return. Even in the few short minutes that we stood inside the heavy wooden-door entrance, we were enticed by the welcoming aroma of fresh herbs, sizzled rice and sweet coconut.

“It smells like home,” my friend said. She’s Polish, by the way.

Do Chay is indeed a family affair with a strong local restaurant lineage. It is owned by Patrick Do (who also owns Yaletown’s House Special with his sister, Victoria) and his partner, Amanda Clark.

His father, Tom, pretty much built the entire dining room from the studs up. It’s a beautiful space (formerly a Chinese herbal-medicine shop) filled with brick, reclaimed wood, dim lighting, sexy anime drawings (Patrick’s handiwork) and birdcages – flocks and flocks of birdcages, all borrowed from a private collection stashed in Tom’s garage.

Mr. Do decided to open a vegetarian restaurant after the enormous success of his vegan pho in Yaletown. And while there appears to be some crossover in customers, the clientele is remarkably mixed. Monday’s sold-out crowd also included multigenerational families with grandparents fussing over children.

The bar, lined with large jars of herbal tinctures, offers something for everyone – unless you’re a wine drinker (only Pink Blink sparkling wine in a can). But there are also several interesting zero-proof beverages (with ginseng and black lemonade), a few local craft beers (Parallel 49’s grapefruit radler pairs well with spice) and terrific bubble-tea cocktails such as the creamy Birds of Paradise (mixed with rum, tequila, pineapple, mango, turmeric, coconut jellies and a tart splash of calamansi syrup).

The menu, which seems to change quite often, is divided into street food, share plates, noodle bowls and rice bowls.

And there is lots to like, including the standout coconut cakes; little milky muffins seared crisp and golden in cast-iron aebleskiver pans.

There is an enormous yet delicately thin and nicely crinkled banh xeo crepe, the batter sharp with turmeric, the creamy centre amply stuffed with jicama and mushrooms, the platter overflowing with fresh basil, mint and pickled jackfruit.

There are also doughy XO potstickers pleated into perfect half-moon crescents that are filled with more mushrooms and cabbage on plates garnished with crunchy fried chickpeas.

The only element holding all these dishes back is the seasoning. The sauces are all very sweet. Southern Vietnamese cuisine does lean to the sweet side, but it is also very much dependent on fish sauce for balance.

Mr. Do has created his own vegan ‘Ish sauce’, as a substitute, from slowly cooked caramel and lightly fermented mung beans. He uses it liberally in almost all his dishes. But it just doesn’t have enough oomph to satisfy my palate.

A little salt went a long way. When we sprinkled some into the nuoc cham dipping sauce, it exploded with chili heat and lime. But I’m not sure if it would help the XO sauce, mixed with mushrooms in the potstickers, which was barely decipherable.

And the Bird’s Nest, although almost overwhelmed by too many egg noodles, came with silken pucks of egg tofu in a vegan-pho reduction gravy, flavoured with kelp and shiitake mushrooms for that elusive umami depth. The reduced pho, while slightly starchy, was so dark and mouth-watering, I would really love to go back to try the brothy soup by itself.

The Do family has created something very special in this restaurant. It’s innovative, ambitious, diverse and welcoming. The food is just missing a little savoury something. With a few tweaks, slower ferments and dashes of salt, it could be quite spectacular.

Review
A seafood tower is the quintessential summer dish. These are some of the best in Vancouver
Subscriber content
August 16, 2019 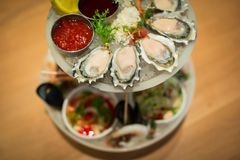 Review
The Magnet: A surprising Vancouver beer parlour with something for everyone
Subscriber content
August 12, 2019 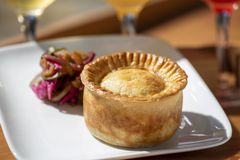 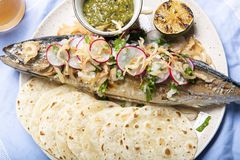