Editor's note: Since the publication of this review, the restaurant Borealia has changed its name to Boralia due to a trademark issue. The headline of this review has been changed to reflect this.

The most positive menu-writing innovation I've seen in this city appeared last fall at Borealia, a polished and groundbreaking new restaurant on lower Ossington Avenue. Borealia's aim is to celebrate the historical foods of Canada – but not just the usual poutines and butter tarts.

Next to the braised sweet onions that come filled with creamy, vadouvan-spiced carrots ("stuffed onions," the menu offers) the restaurant's owners have included the date 1899, for the stuffed onion recipe they found in an edition of The Dominion Home Cook Book published that year. The "pigeon pie" entry dates back to 1611, according to the menu, while the L'éclade, a majestically delicious dish of butter-poached mussels that arrive in a thick fog of pine-needle smoke, has been a part of Canada's culinary history since 1605 at least, when Samuel de Champlain likely first ate it here.

By diving deep into historical texts and mouldering cookbooks for their inspiration, and including those dates on their menus, the chefs Evelyn Wu and Wayne Morris are handily putting the lie to the most pervasive of all myths about Canada's culinary heritage: that we don't have one worth celebrating. Most important, the two of them have the sort of experience to pull those historic tastes from the realm of the intellectual and transform them into modern dishes that look and taste unforgettably good.

Mr. Morris, who is 33, grew up in Yarmouth County, N.S., in an Acadian family that farmed, hunted, fished and cooked together, and has spent most of his cooking career in B.C.'s Okanagan. Ms. Wu, 34, grew up in Toronto and Hong Kong and took up cheffing at 25. Her late start doesn't seem to have hindered her. She externed out of culinary school with Daniel Humm (he now runs New York's revered Eleven Madison Park) before spending two years as a chef de partie at Coi, in San Francisco, considered one of the best restaurants in North America. From there she landed a job at The Fat Duck, just outside London, where she worked for 18 months.

Part of that time was put to developing recipes in the restaurant's lab. On any day there, Ms. Wu could find herself working with a historical researcher and a three-line, 600-year-old recipe that would be indecipherable without a PhD. The restaurant's chef and owner, Heston Blumenthal, is perhaps the most history-obsessed Western chef alive. There are dates on some of his menus, too. "When I left England I was so inspired by what they were doing and how creative it is," Ms. Wu said.

Ms. Wu met Mr. Morris in Kelowna, where they both worked at a restaurant called Waterfront Wines; a year and a half ago they got married. They were in a bookstore together when they stumbled on a collection of historical recipes from Nova Scotia. As they began reading, they realized their dream of building a restaurant on historical Canadiana might actually work.

The room's design leans heavily on the ur-Canadian hewers-and-drawers tropes, with thick cedar beams, stacks of bundled furs and woodland-themed wallpaper near the entrance. There's a life-sized wood carving of an Arctic wolf outside the bathrooms. "I feel like I'm in a Roots store," a friend announced one recent evening. He was joking, mostly – the design is restrained just enough so that it doesn't feel like a Disney Canada pavilion. It's elegant somehow.

The light is soft, the acoustics conversation-friendly. The cocktails, made with subtle nods to the North 49, go down singing. There are none of the usual my-first-restaurant stumbles here. Mr. Morris, who runs the kitchen (Ms. Wu works the front of house, but the pair develop the menu as a team), cooks with a well-calibrated mix of fun and finesse.

Amid the starters, there are deviled tea eggs topped with chopped Chinese sausage and sweet soy, and sublime little arancini balls that are made from glutinous rice, chopped meat and celery. (The date for both of those, 1855, is perhaps the menu's least precise; both dishes are inspired by early Chinese migrants to Canada, who began arriving in earnest with the Fraser Canyon gold rush in the 1850s.)

Not all the dishes bear dates; the grilled mushroom salad is merely a smart riff on Canadian ingredients. It comes studded with bits of deep-fried hazelnut and corn cake, this inspired by a cookbook of Canadian indigenous foods, and sauced with a bright watercress emulsion. The braised whelk, napped with a superb seaweed-flavoured beurre blanc and set over sautéed carrots and burdock, combines French and indigenous North American influences (beads cut from whelk shells were traded as currency pre-Contact) more than any one time or place.

In most cases, the restaurant's takes on historic dishes are just that: They play with historical inspirations rather than recreating the dishes literally. The bison "pemmican" bresaola – a nod to the Cree foodstuff that combined dried, sliced meat with fat and berries into a long-storing staple – puts the berries in the sauce, rather than in the meat itself, and adds the fat in the form of lardo, the silky, Italian pork-fat charcuterie. Knowing that it's rooted in history is nice and all, but like everything else here, the dish also works on flavour alone.

Those stuffed cippoline onions are braised to sweet and woozy and filled with a buttery curried carrot whip – I'm relatively certain this did not happen back in 1899, and am fine with that. Mr. Morris then surrounds them with crunching rye crackers, dark-roasted carrots and a skiff of mellow onion béchamel.

The pigeon pie plays on Quebec-style tourtière, which may or may not have been made with passenger pigeons in early iterations. (The birds were often called tourtes in New France.) Either way, it's superlative stuff, the crust crisp and buttery and the filling reminiscent of chicken pot pie but with a twang of gaminess. The kitchen sends it out with parsnips that are confected from pan-roasting and glazed with butter. There's a roasted squab breast on the side: bright bloody red and basting in its melted fat, handled absolutely brilliantly, its flavour lushly organ-like with a rich seam of iron. (They age the squab five days before cooking. Respect.)

Borealea's "sugar shack ham" uses cured and smoked pork cheek in place of pork leg and is good enough that you'll have to fight the urge to order a second helping (the plates here are smallish and meant for sharing; of that ham, I'd much rather an full-sized portion). I appreciated the kitchen's nod to early East European settlers to Canada in the form of pretty good pierogies (circa 1800s), though these were perhaps the least interesting item on the menu.

Borealia's desserts, similarly, don't fully hit the mark. The strawberry bavarois number is too complicated, with its bavarois, and madeira gel, and chocolate cookie crumble, and paté des fruits and strawberry gastrique and red currants. The chocolate beignets – inspired by the famed hot chocolate drinks of the east-coast fortress town of Louisbourg – were a hair too heavy and sweet.

But if you're at all like me, you'll struggle to remember Borealia's few misses – and you'll be telling your friends about those mussels for days. L'Eclade originates from Charentes, on France's southwest coast, near to where Samuel de Champlain is from. With the traditional recipe, you arrange the mussels with their openings facing down and then smother them with flaming pine needles, which cooks and smokes them at once.

Ms. Wu and Mr. Morris spent months trying to find a way to light flaming seafood pyres tableside; in the end they went with a braise in white wine and butter that they smoke beforehand in a nest of pine needles and then strain. The finishing touch comes from a smoke gun filled with pine needles. The effect is some of the best dinner theatre I've experienced. The flavour is for the ages, too.

A closer look at Boralia's memorable takes on Canadiana
June 5, 2017
Review
Middle Eastern in Toronto: What the Aga Khan Museum's restaurant gets wrong, this Iranian spot does right – for impossibly cheap
May 12, 2018 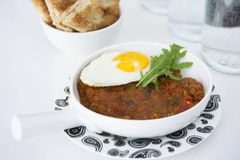 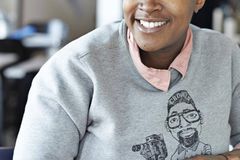