For all its laid-back, work-to-live spirit, British Columbia has a remarkably strong record as an incubator of successful national restaurant companies. The Keg, with 102 locations by my count, got its start there, as did The Old Spaghetti Factory (57), Milestones (47) and The Cactus Club (27, including one planned for downtown Toronto's First Canadian Place). Earls Kitchen and Bar (65) and the Joey chain (22) began in Alberta but located their head offices in B.C. once they began to grow.

And what has bustling, all-business Ontario given British Columbia? Harvey's and Tim Hortons. On behalf of an entire province, I am terribly, truly sorry.

Yet none of B.C.'s restaurant exports have been as promising or exciting from a culinary perspective as its newly expansionist crop of casual Japanese places. Vancouver's Guu chain now runs four Toronto restaurants, and its West Coast competitors Hapa Izakaya, Zakkushi (a casual charcoal grill chain) and Raijin Ramen have all opened up here in the past 12 months. Japadog, the extraordinary Vancouver street meat company (no, you did not read that wrong) has mused about bringing a satellite here – a development that would render 50 per cent of Toronto's hot dog vendors permanently irrelevant.

Kingyo Izakaya, which opened this past December in Cabbagetown, is one of the best of the bunch if you order well, less so if you don't. The enormous room, set into the ground floor of the historic Winchester Hotel, is nice enough, with large, comfortable booths and tables, flashing electronic Pachinko gambling machines, campy Japanese cartoons and movies playing in a loop on a big screen, and a goldfish pond built into one of the party-sized tables. (I will buy dinner for the first person to offer photographic evidence that they caught and ate one of those goldfish with their chopsticks.) Also, it isn't cramped or hurried or deafening, which is a bonus in Toronto circa April, 2013.

The servers, whose accents in many cases suggest they're not long from Japan, have quickly adopted that most Canadian of habits: they are chronic apologizers. Of the 30-odd menu items that arrived at my table over two visits, at least 20 were heralded with the phrase, "Thank you for waiting!" (I don't recall having to wait all that long.)

The service is friendly. Those apologies are endearing right up until the point that they aren't.

The cooking is the standout, however, the best of it fantastic. Compared with Guu's hot dishes, for instance, which can be hit and miss and often sloppy, Kingyo's are refined, thoughtful, artfully presented. (Witness the tea-light lantern on the pickles plate, its translucent glowing shade formed from thinly sliced daikon radish.) It's still izakaya food, though. It's cooked to order and built on bold textures and bracing flavours, designed to go down nicely with torrents of grain-based drink.

The stone bowl sea urchin is one of the simplest but most impressive of Kingyo's specialties. The bowl is heated to scorching and filled with rice, scallions, ginger sauce and a mix of seafood – there's squid, chopped scallops and hot pink salmon roe, topped with a mound of sea urchin. The server adds soy and stirs so that it sputters and steams, the rice kernels toast and pop and the fish cooks to warmed-through but still fresh-textured. The urchin becomes a creamy, delicious background note. It's a spectacular rice and seafood dish.

Seafood fanatics should also try the sea urchin and egg yolk shooters (note that the yamaimo yam at the shooter's bottom is prized in part for its slimy texture; "Please do it or don't do it," the menu implores).

The raw and boiled octopus chunks are also supremely tasty, though properly slimy, which can take some getting used to. (It's worth acquiring that taste.) I liked the ramen salad (think pasta seafood salad, but Asian-style) with its vinegary, chewy, sesame-kissed noodles. The black cod filet was your standard izakaya black cod filet: nicely broiled, juicy, caramelized at its edges, blanketed with a miso concoction that was almost as thick as melted cheese.

The chicken wings are simple but effective, with a squeeze of lemon and a slick of dark-flavoured yakitori sauce. Where short ribs are so often fatty and cloying, Kingyo's simply taste sweet and meaty, the abundant fat and sticky collagen cut with rice vinegar. I loved it.

As for the stone-grilled beef tongue, if you like a) paying good money to a restaurateur so that you can cook your own food on a hot rock, and b) being splattered with hot beef fat as you cook your own food, it's great.

The reason I'm less bullish on Kingyo is because of all the food that isn't good.

The greens in the salads were dull-tasting and lifeless. The sashimi platter, a traditional start to an izakaya meal, was nowhere near fresh enough. The salmon was mushy and flabby-textured and had started to taste like Limburger cheese; the sliced scallops had a bit of priced-to-clear pong about them, and the medium-fatty bigeye tuna was served much too cold, so that if you closed your eyes it might have been any vaguely aquatic protein.

The vinegared mackerel, when I had it one Thursday night recently, tasted of very old mackerel. I sent it back (I never send food back), and rushed to the washroom, where I gargled a cup of wintergreen mouthwash. (There are floss picks, too, if you're hankering; Japanese restaurant bathrooms are the best.)

The next time I visited, I ordered the mackerel again and it was excellent. I'm not sure if that makes me feel better about the place or worse.

For the most part, the food was very good to excellent, however. Skip the raw stuff and Kingyo is well worth a night of happy exploration. It's no Tim Hortons, but it will do. 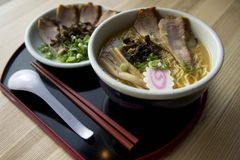 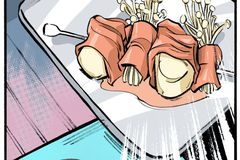 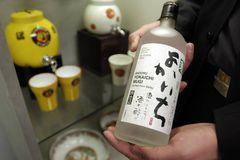