I lean over the counter at Molli Café, a small, under-the-radar taqueria next to the Esso gas station at Burrard and Davie. "I was told to order the chorizo-and-queso taco," I whisper.

Co-owner Rafael Flores cocks an eyebrow, giving me a friendly once-over. "It's not on the menu," he says.

"I know," I reply, trying to act cool. "But I was told you might be able to make one if you're not too busy."

He checks his watch and looks out the window, scanning the sidewalk. It's 5:30 p.m., 90 minutes from closing time, and he only has a few customers.

"Okay," he says, nodding. "But it's going to take a little while. It's a complicated process."

Nothing worthwhile is ever easy, or so it is said. Mr. Flores and his partner, Berenice Balbuena, know the aphorism well. The two accomplished Mexican chefs have worked at some of the best fine-dining restaurants in the world. And now they're living the Canadian dream, slinging uncommonly good tacos, tortas, soups and salads at a humble downtown cafeteria that they're proud to call their own.

The couple met in Mexico City while studying gastronomy at the Universidad del Claustro de Sor Juana. Before graduating, they did several work stages in Europe – he at El Bulli, she at El Celler de Can Roca, together at Restaurante Martin Berasategui. After graduating, they both worked in the demanding garde manger station for Enrique Olvera at Pujol, one of Mexico's most internationally lauded restaurants.

Then Canada called. A friend living on Salt Spring Island recommended them to Jill Thomas, the owner of Rock Salt Restaurant. They packed their bags and moved to the Gulf Island, working their way up from cooks to chefs. After three years, they migrated to Vancouver and worked with several local luminaries – Marc-André Choquette at Tableau, Jennifer Peters at Raincity Grill and Hamid Salimian at Diva at the Met.

They could have stayed at Diva. Ms. Balbuena, the sous chef, actually ran the kitchen for about a year after Mr. Salimian resigned. But they had their eyes on a modest coffee shop, which had been lingering on the market and kept dropping in price.

Molli Café opened a year ago, on a shoestring budget with only 14 seats. "We didn't have much money, but we knew we could put out really good food," Mr. Flores later explains by phone. "We decided to start from the bottom."

The menu is small, but kept as authentic as possible within the limited realm of Mexican ingredients available in Canada. Tacos are filled with bright red cochinita pibil (tender pulled pork marinated in a tangy achiote-chili braise) and slow-cooked black beans, garnished with fresh cheese made in Burnaby.

But the conchas, a shell-shaped pastry is baked in-house. When they first put the rarely found sweet buns on the menu, they went viral on Facebook. Mexican expatriates from Whistler to Burnaby called to order dozens at time, which they would take home and freeze. (If you go for pastries, be sure to order a coffee. The Mexican beans, locally roasted by a company called Moja, are beautifully sweet without the slightest trace of bitterness.)

Some dishes have been adapted for local tastes. Tortilla soup is thick and creamy, as opposed to the traditional thin and watery, but without losing any of its smoky chili depth.

Chicken tortas aren't traditional in Mexico, but the owners were told that everyone in Vancouver loves seafood and chicken. So they adapted a recipe for tinga de pollo. The thick and meaty brined-chicken sandwich topped with soft chipotle onions has turned out to be one of their best sellers.

A tiny kitchen space with no hood fan has forced them to be creative. Milanesa torta (deep-fried beef filets) are battered with toasted, pulverized breadcrumbs and baked. Slow-cooked lamb barbacoa soup and tacos are only available on Saturdays.

And that secret chorizo? Well, the pork is normally used for a breakfast torta. But if you ask nicely and the restaurant isn't busy (don't even bother at lunch), Mr. Flores might just make you a taco to order.

He doesn't have space or time to cure sausages. What he does is combine the meat with all its spices, chiles and vinegar and allows the flavours to develop in the fridge for a few days. When you order a taco, he'll put the fresh meat in a hot oven with some cubed preblanched potatoes and roast them until browned and soft. He'll melt some fresh cheese over top, fold the mix into two soft tortillas, then sprinkle it with diced onions and chopped cilantro.

It is a complicated process, given the kitchen constrictions, and you'll have to wait about 15 minutes for your order. But it's worth every delicious bite. 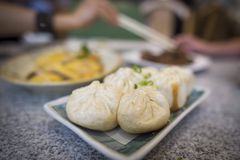 Linh Café: A good neighbourhood restaurant but not a gem
May 29, 2015 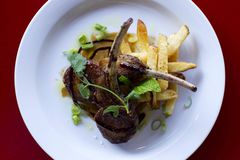 Review
Ovaltine Cafe: A diner that stayed true to its Eastside roots
May 15, 2015 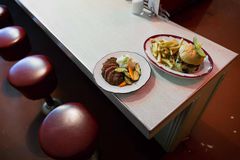