Name
Enoteca Sociale
Location
1288 Dundas St. W, (at Dovercourt Road), Toronto, Ontario
Phone
416-534-1200
Website
sociale.ca
Price
Antipasti and pastas, $4 to 16; shareable secondi, $24 to $36; contorni are $7
Drinks
Excellent Italian wine list with 25 available as a 5- or 8-ounce pour. Note there’s not much under $50 a bottle. Good cocktails
Atmosphere
A humble and friendly neighbourhood trattoria as you find in Rome, with a nice, 40-seat patio once the weather warms up
Recommendations
Eat from the entire menu: antipasti, pasta, secondi and contorni; standouts include the tuna conserva, cacio e pepe, mezzaluna and the dry-aged ribeye. Desserts still a work in progress. Menu changes frequently

A toddler was fast asleep on his father's shoulder during a Tuesday-night dinner at Enoteca Sociale the other week. His cheeks were flushed, his mouth softly agape; as the servers breezed past bearing bowls of fregola with clams and creamy, nose-tickling whorls of spaghetti cacio e pepe, the boy twitched once or twice but didn't otherwise stir. His older brother, who couldn't have been more than 5 or 6, downed a plate of rigatoni and then giggled uproariously to the goings-on of a smartphone screen; around them, there were hand-holding couples and besuited businessmen, boisterous extended families and a pair of tall, exquisitely barbered thirtysomethings whose necks bore as much tattoo ink as proper chicken fra diavolo does chilis and oil.

The scene reminded me a lot of eating in Italy: the humble, trattoria decor, the everyone's-welcome atmosphere and the sense of celebration that a simple Roman dinner can bring, even on a school night, early in the week. Seeing those kids at that table made me wish I'd brought my own son. Yet, above all, being back in that room for the first time since Enoteca Sociale opened six years ago made me wish I hadn't stayed away for quite so long.

The restaurant has been through five chefs since its 2010 debut, including Matt DeMille (now at the Drake Devonshire), Grant van Gameren (just look for the loud music and the sherry-addled crowds) and Kris Schlotzhauer (departed a few months ago for Stratford, where he has a project in the works). The room, which was always homely, got a remake a few years ago, so that now, with its dark wood panelling and red-leather banquettes it's reminiscent of a 1950s trattoria instead of a 1980s one; it's hard to fully express the rightness of the wrongness of that decor. Under former chef Kris Schlotzhauer, the restaurant's kitchen last year took an enormous stride to improve the lives of its cooks; it's one of the few high-level kitchens in North America to allow its staff a four-day workweek instead of the usual five or six, without any loss of pay. And the partnership that produced Enoteca Sociale – the chef Rocco Agostino and front-of-house men Max Rimaldi and Gary Quinto – has expanded its empire; the trio now also runs four Pizzeria Libretto outlets (they had just one, on Ossington Avenue, when Enoteca opened), as well as College Street's A3 Napoli; Mr. Rimaldi also helped to finance Bar Isabel.

In all that time what has not changed one bit is Enoteca Sociale's DNA: It is a friendly, neighbourhood, Roman-inspired restaurant with its own basement cheese cave, a stellar by-the-glass wine list and a fully committed kitchen that makes sublimely simple dishes from superb ingredients.

At six years on, Enoteca Sociale is perhaps the best trattoria we have in this city – to my mind as good as some of the better trattorie in Rome.

Chef James Santon's albacore tuna conserva is a little plate of magnificence: blissful simplicity underpinned by hours of work. The tuna is brined in salt solution and marinated with lemon and aromatics and then whisked through a sous vide bath before being sliced into translucent ruby sheets; the effect of all that prep work is to firm the tuna's texture and magnify its flavours, to make it better, somehow, than when it came in.

Those slices are then dressed with long, fat celery ribbons for bitter green crunch, as well as with red chilis and creamy aioli spiked with garlic, and with a lemony vinaigrette and capers the kitchen deep-fries until they pop.

Deep-fried capers are one of the ultimate edible mind-screws, because the first thing that hits when you eat them is warm, caramelized crunch and salt; the usual pickle juice and botanical tang take a couple of seconds to glimmer through. Is that dish Roman? The Romans should be so lucky.

Or consider Enoteca Sociale's Sicilian sausage starter. The sausage, which Mr. Santon makes himself, is sweet, meaty and profusely juicy; it comes slashed with grill marks and sliced into quarters. But the rest of the plate makes it: the pouf of purée that tastes like fresh fennel but has the texture of French whipped potatoes, and the farro grains that are blanched and then fried in olive oil and salted, so that they crunch like some odd Abruzzese take on Grape-Nuts. They also make very good arancini and excellent mortadella here; a plate of the salumi is never a bad idea.

The pastas are the menu's greatest strength. They're made in-house and served in properly Italian-style portions instead of heaping North American ones. The fregola – tiny, hand-rolled semolina balls that are toasted before cooking – come tossed with clams and scallops, crushed tomatoes and nubs of smoky pork and n'duja paste, in a barely-there parmesan sauce that coats the pasta like a fine silk charmeuse.

The mezzaluna – half-moon ravioli – come stuffed of late with yellow beet, orange zest and ricotta, and napped with a sweet lemon and hazelnut sauce. They are brilliant. The gnocchi are almost absurdly light and tender, and the cacio e pepe as simultaneously creamy, peppery, milky-cheesy and properly restrained as you'll ever find. (A secret: Mr. Santon's cooks use purpose-made starchy water to finish the dish, instead of the usual, less-concentrated acqua di cottura from the pot.)

The last time I ate at Enoteca Sociale, I brought my son along and he hoovered a bowl of the rigatoni with pork ragu, as well as a basket of the house focaccia, and we had the chicken diavolo with pickled peppers (it is excellent) and a whole grilled rainbow trout with buttery, lemon-kissed leeks, and finished with the lemon gelato, and I drank an excellent Taurasi and we obsessed for a while about the sheer superhuman, goal-scoring genius of Sebastian Giovinco, and he giggled a bit, if not exactly uproariously, because he's beyond that age now, at least when strangers are around.

Enoteca Sociale isn't fancy or stylish, and in a lot of ways, it's behind the times; if you want glitzy, modern and ambitious Italian, you're still better off at the Buca chain.

But six years on, that is the blessing of Enoteca Sociale. Life, that night, around that table, in that room, felt about as nice as it ever really gets. 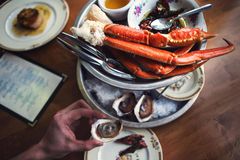 Review
Loka: The food here is Instagram-famous. But looks can be aggrieving
April 1, 2016 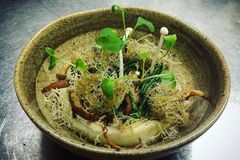 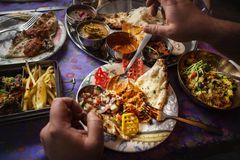