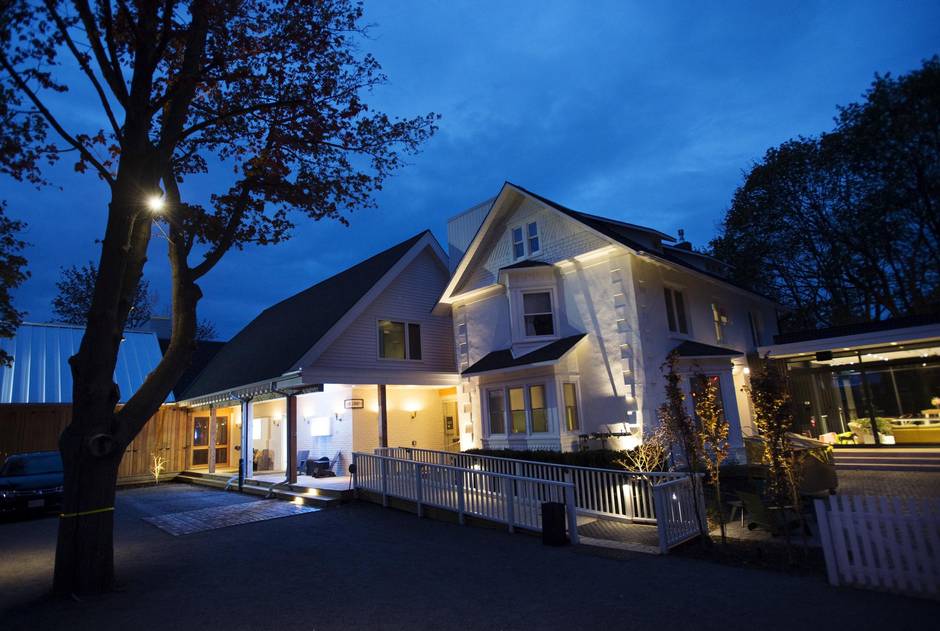 The main dining room, ringed in glass and rammed with artwork and exquisite design details – the squadron of aluminum paper planes nosed into a wall under a rafter; the cheery yellow marine lamps; the oversized, high-gloss fish lures displayed like modern art – best captures the glory and the whimsy of the place. 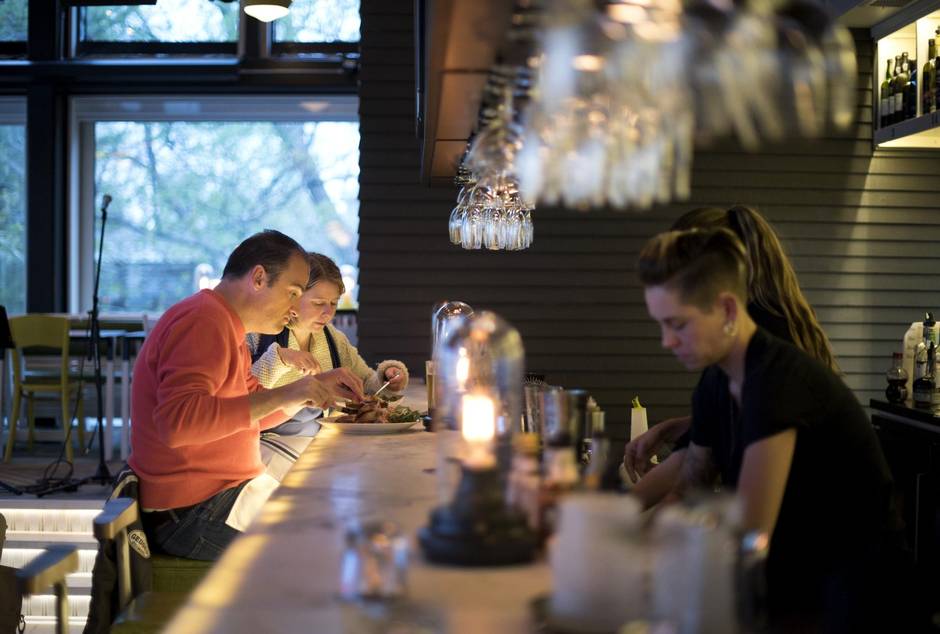 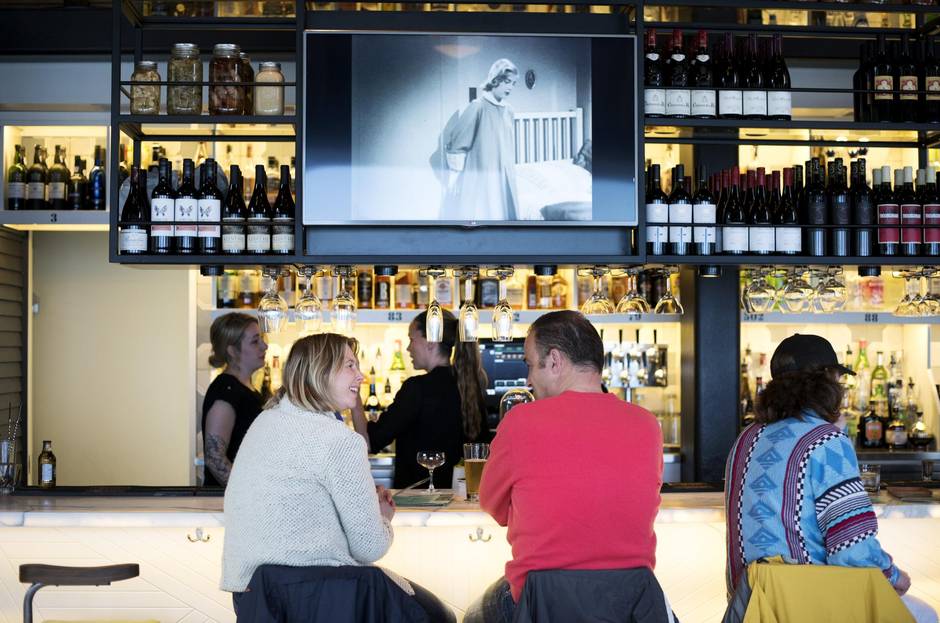 Even the music was terrific. As Stew started singing, the panicked expressions gave way to grins and head-bobbing. The crowd settled deep into their chairs. He sang New Madrid, by Uncle Tupelo, in a clear, expressive tenor, and followed it with a song by Blackpool, a 1980s Halifax band. A second singer came up to join him. Drink orders poured into the bar. 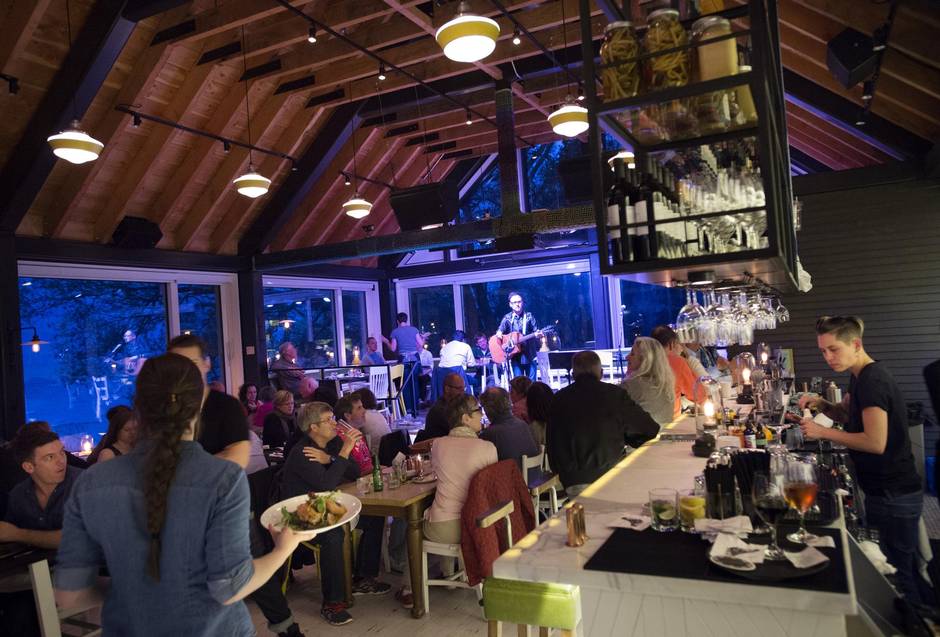 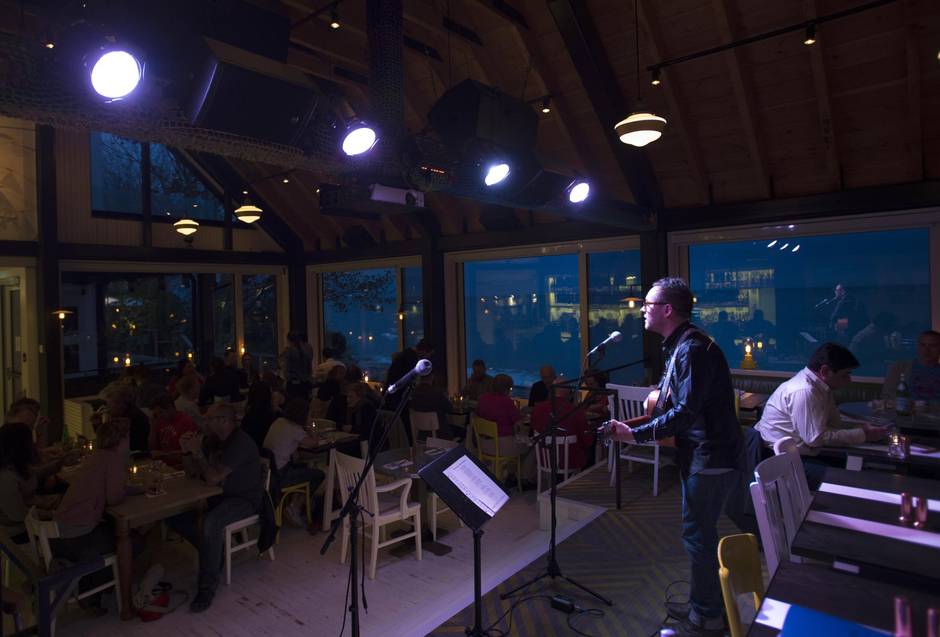 There’s a bean bag toss and a fire pit. When you order the s’mores for dessert here, they hand you blocks of Jersey Milk chocolate, marshmallows, skewers and Graham wafers, and send you on your way. 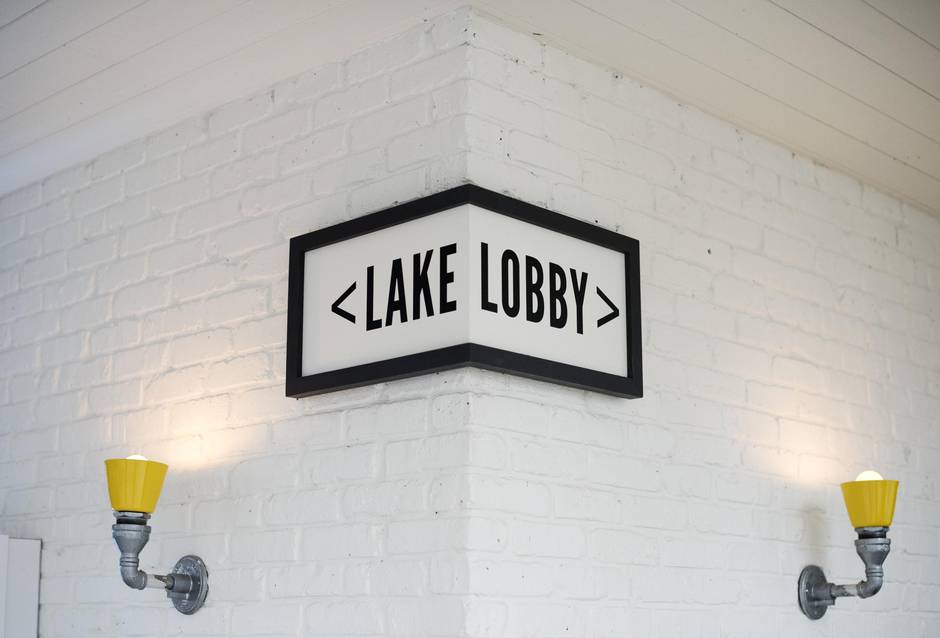 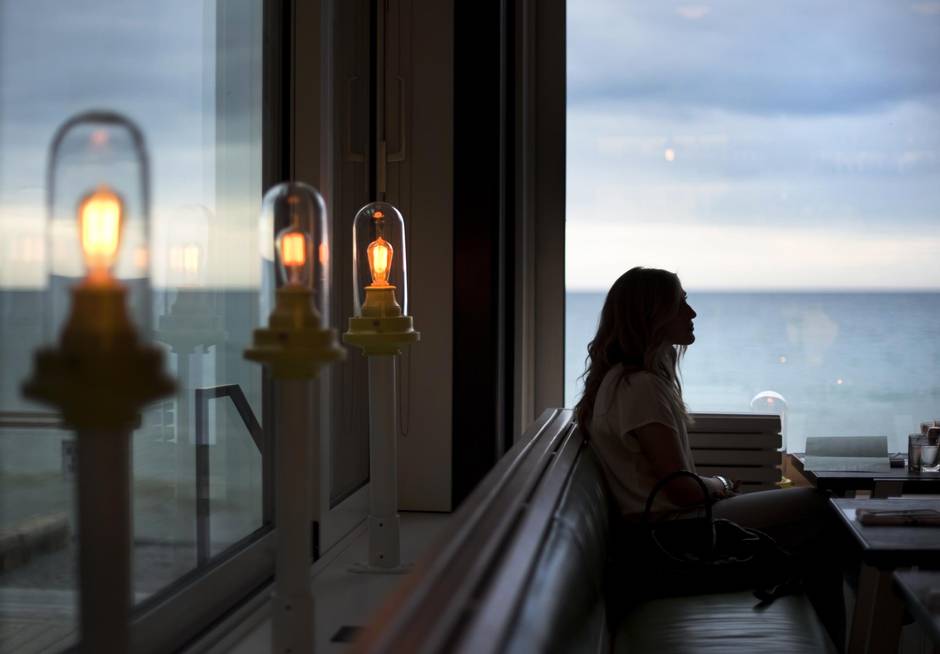 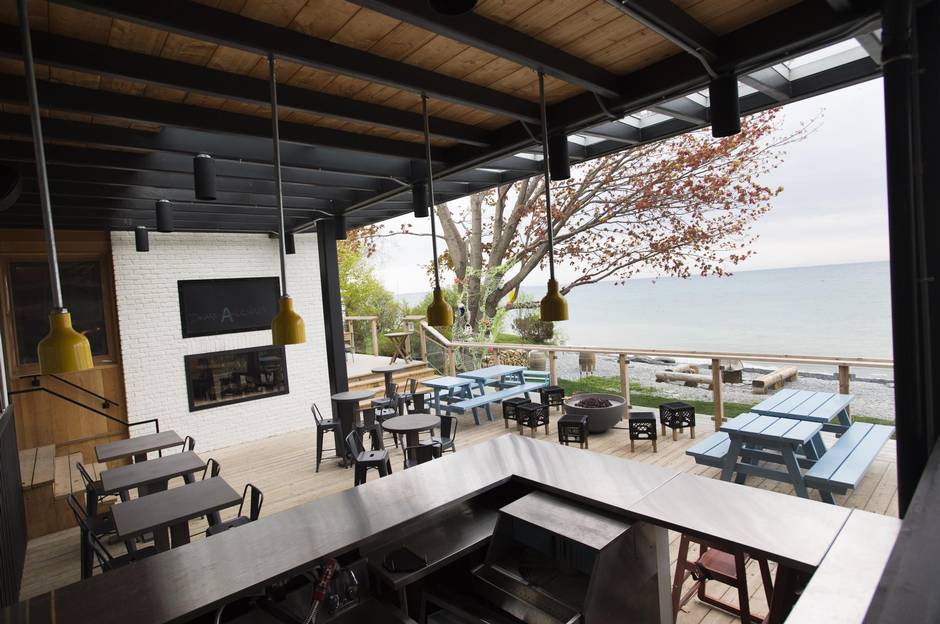 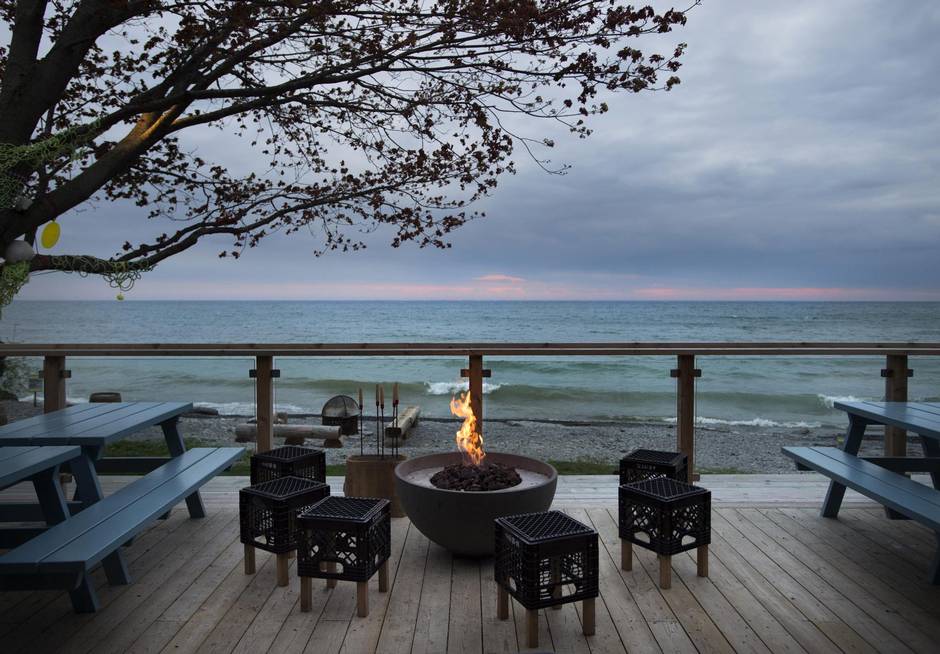 The chef here, named Matt DeMille, trained in Toronto, working up to the chef de cuisine job at Enoteca Sociale before he relocated to the county three years ago. He’s now effectively a local in an area whose residents are famously suspicious of city folk. Mr. DeMille knows how to cater to out-of-towners and the locals both. 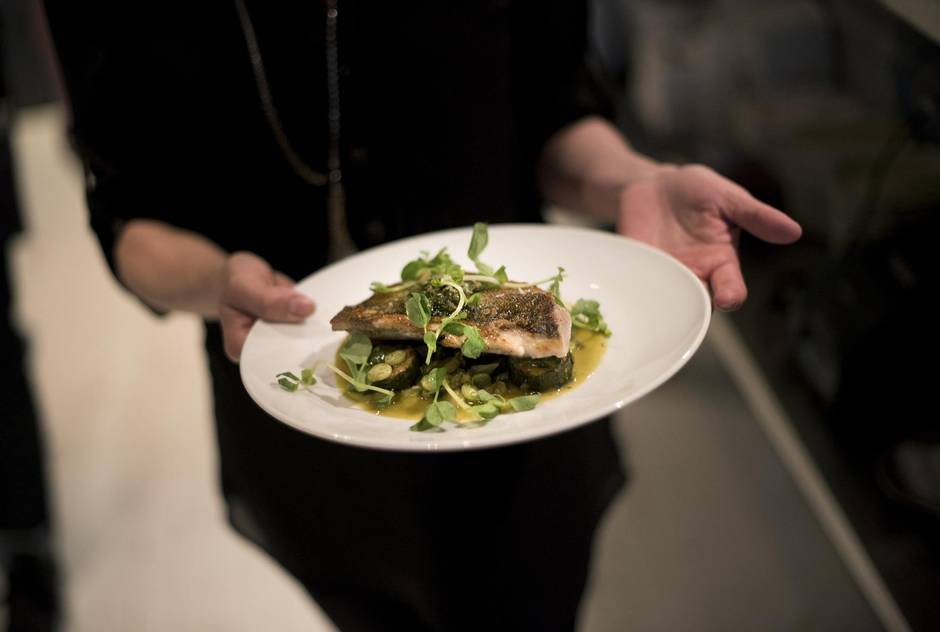 Seared pickerel over lima beans and roasted zucchini rounds and fennel, in a nest of herbs and cresses. 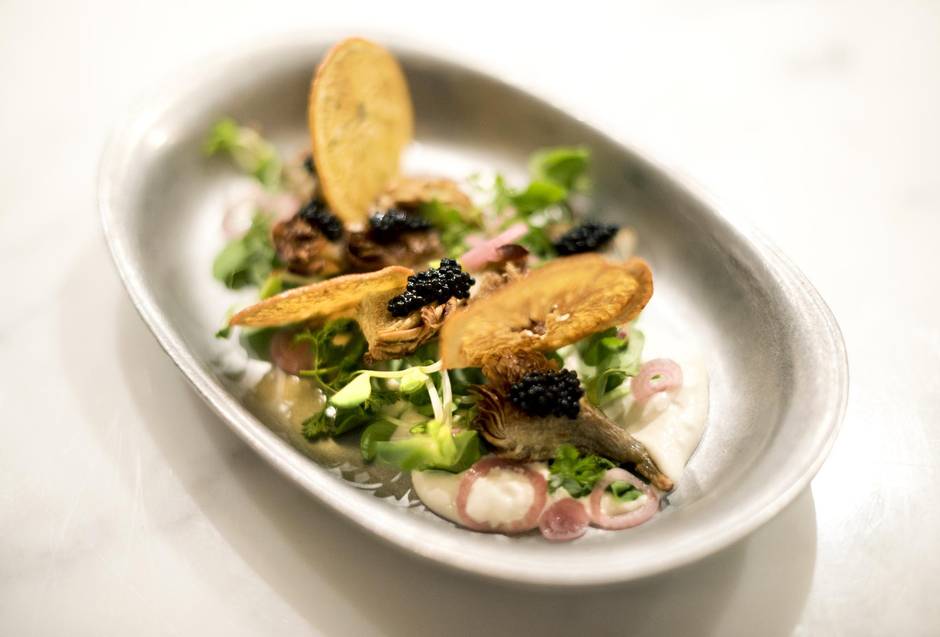 Fried artichokes on anchovy mayonnaise, with caviar as a garnish and “chips” made from orange rounds that have been sliced thin and dehydrated into crisps.