Kanpai’s chef, named Ike Huang, moved to Canada from Taipei six years ago, working the line in a Cantonese kitchen out in BC before moving east. He and Trevor Lui (above), whose own family ran an all-you-can-eat Cantonese-Canadian spot in Rexdale through the 1970s and ‘80s, modeled their menu on Taiwanese night market cooking 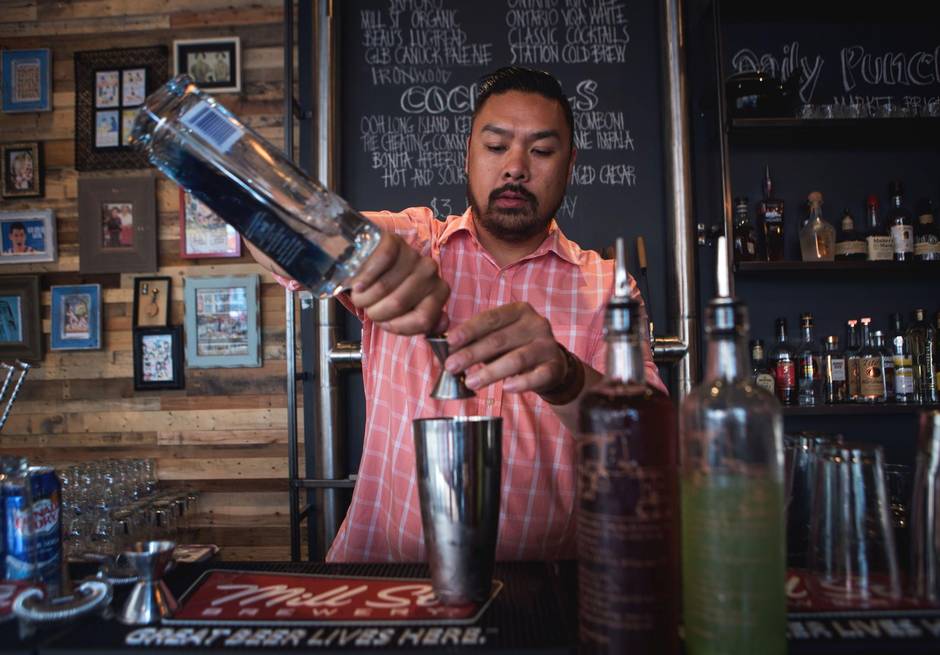 The room is young and fun, with a (not too loud) hip-hop soundtrack and windows that open out to the sidewalk on Parliament Street. Kanpai is the first place in the neighbourhood that’s modern and accessible (it’s often filled with local families) and feels like an escape from Cabbagetown as much as a part of it. 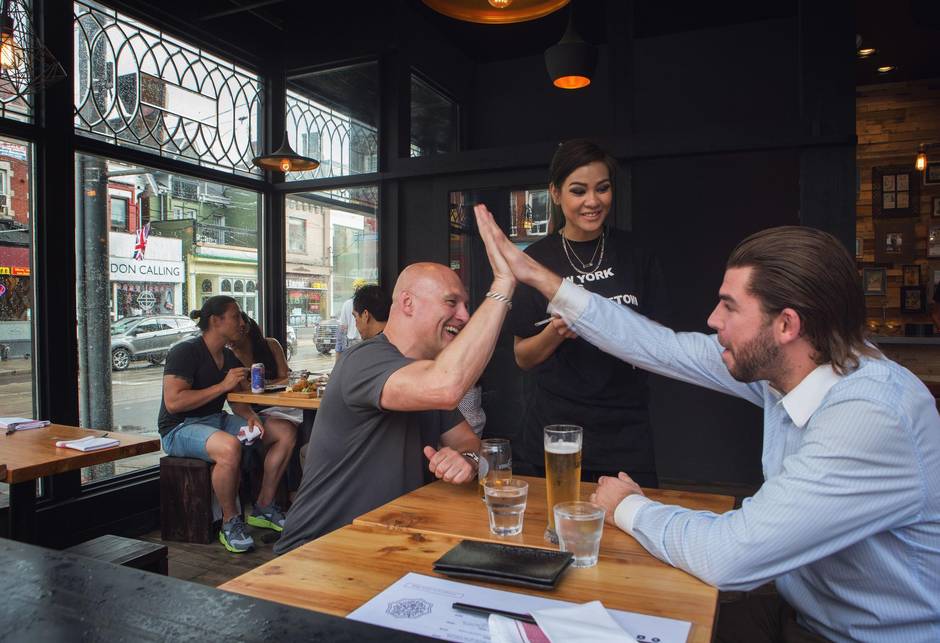 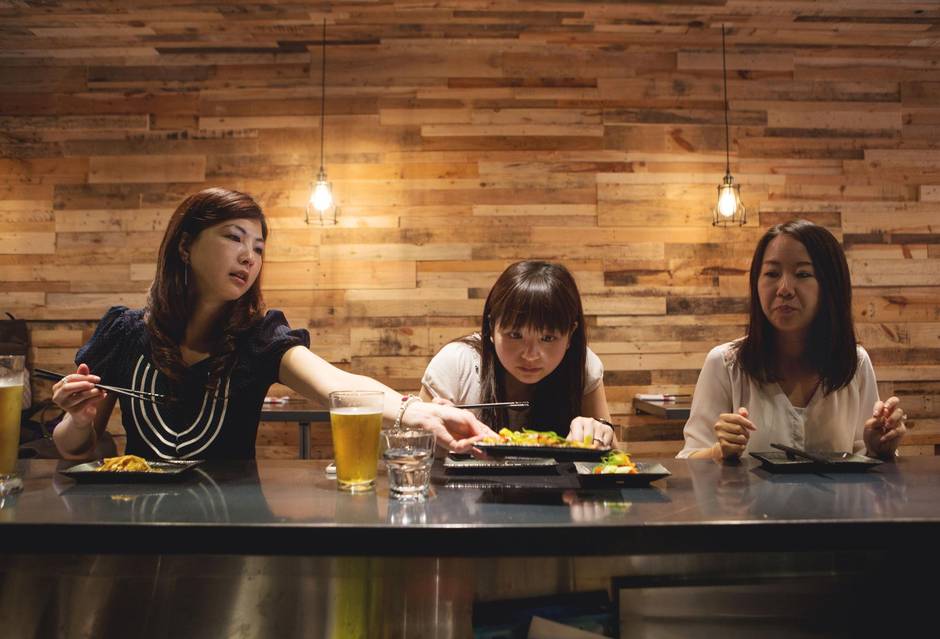 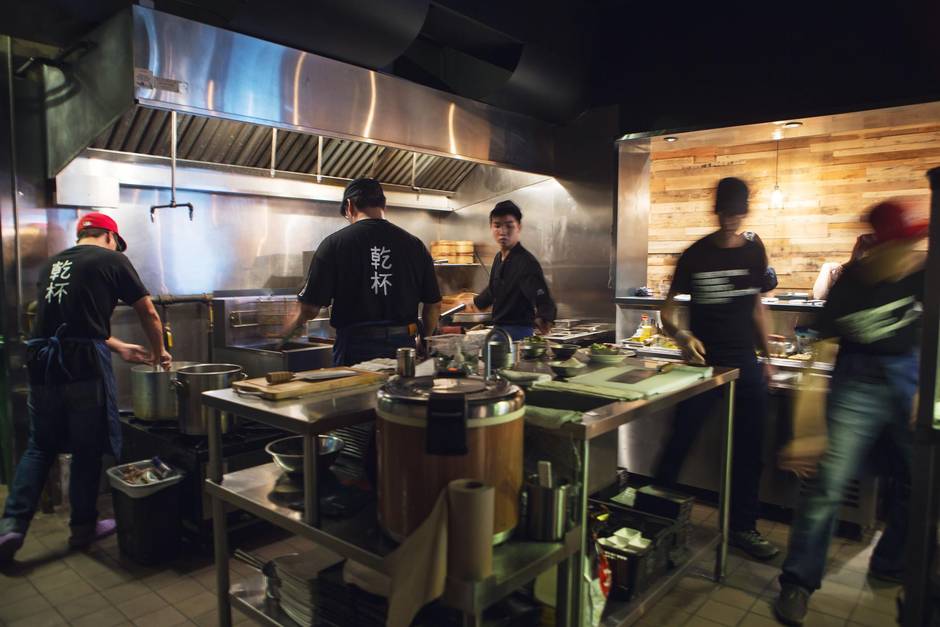 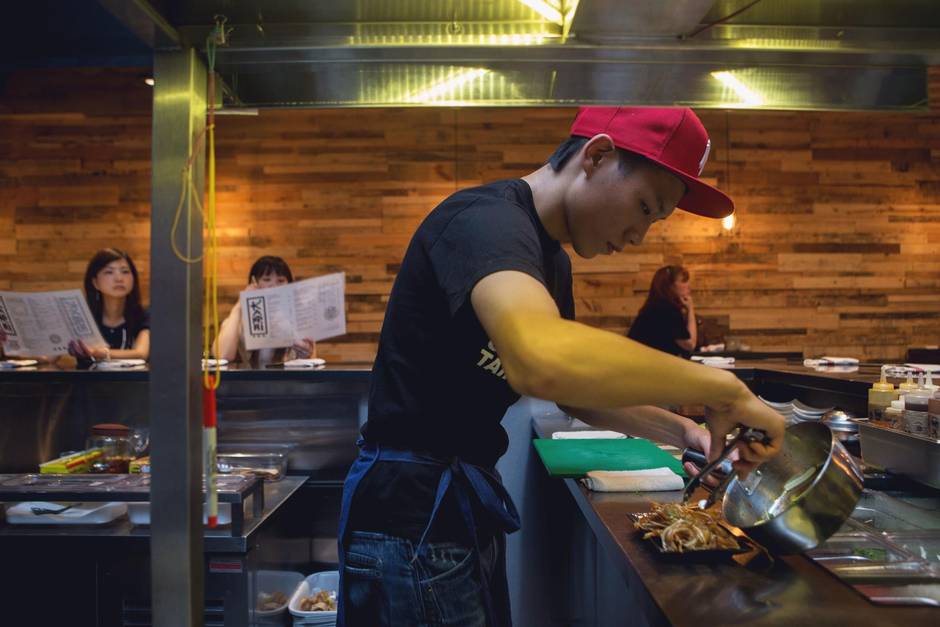 Where Kanpai really stands out is with its choice of cuisines: Taiwanese is still rare close to downtown. Taiwanese food combines regional mainland Chinese traditions with Japanese and international ideas. It’s tasty stuff, a lot of it. 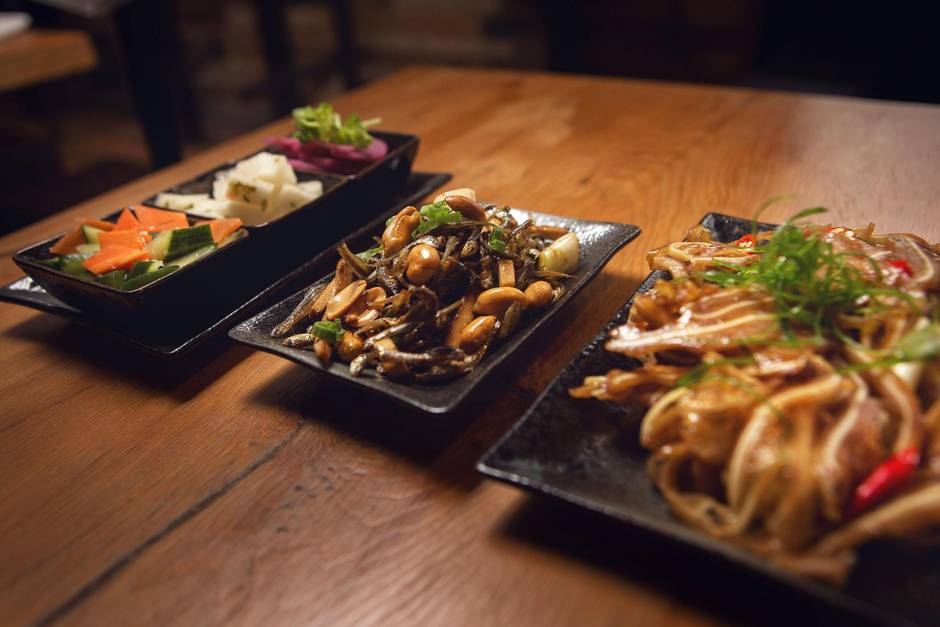 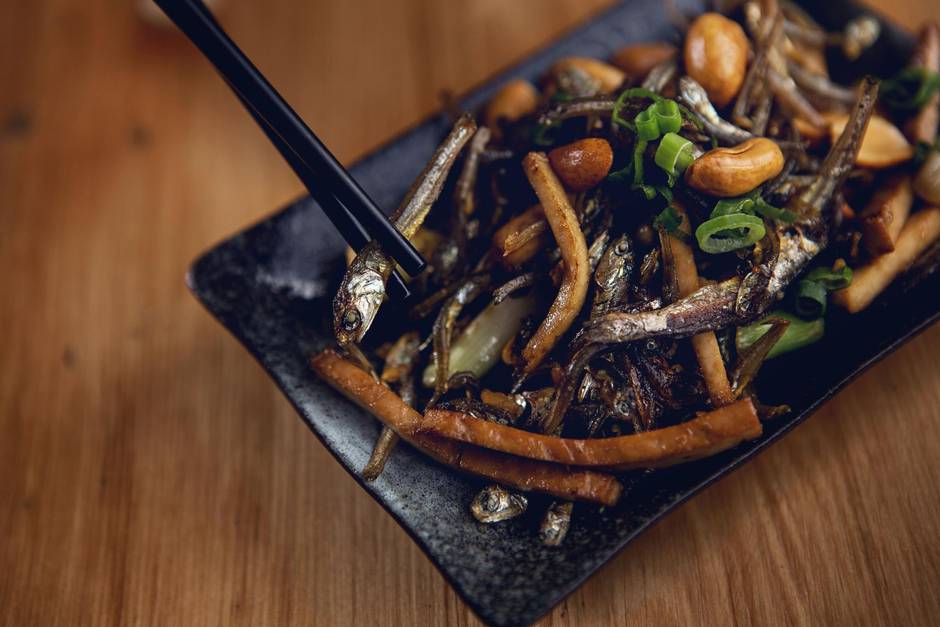 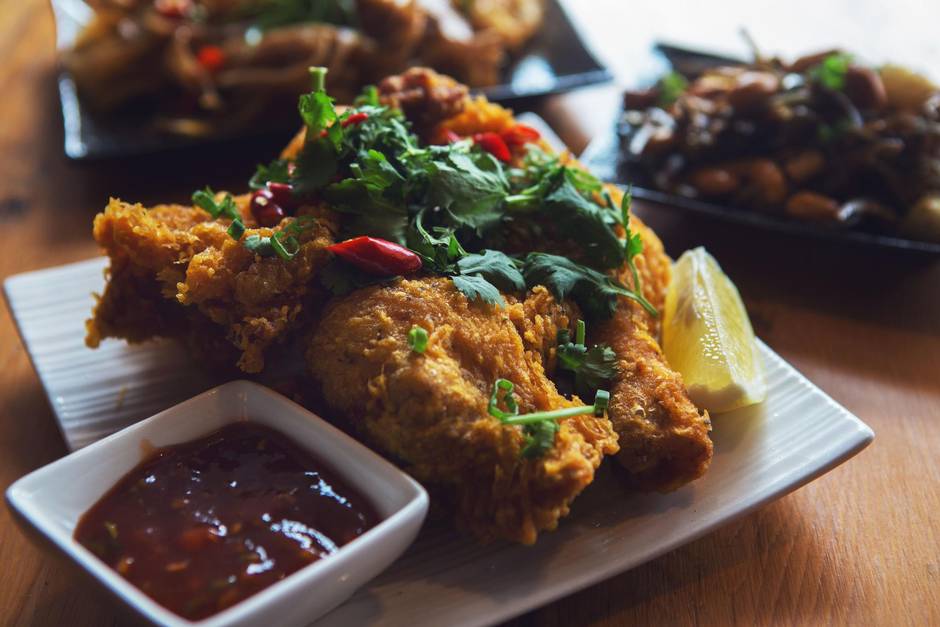 The TFC (Taiwanese fried chicken): all but indistinguishable here from the North American stuff. 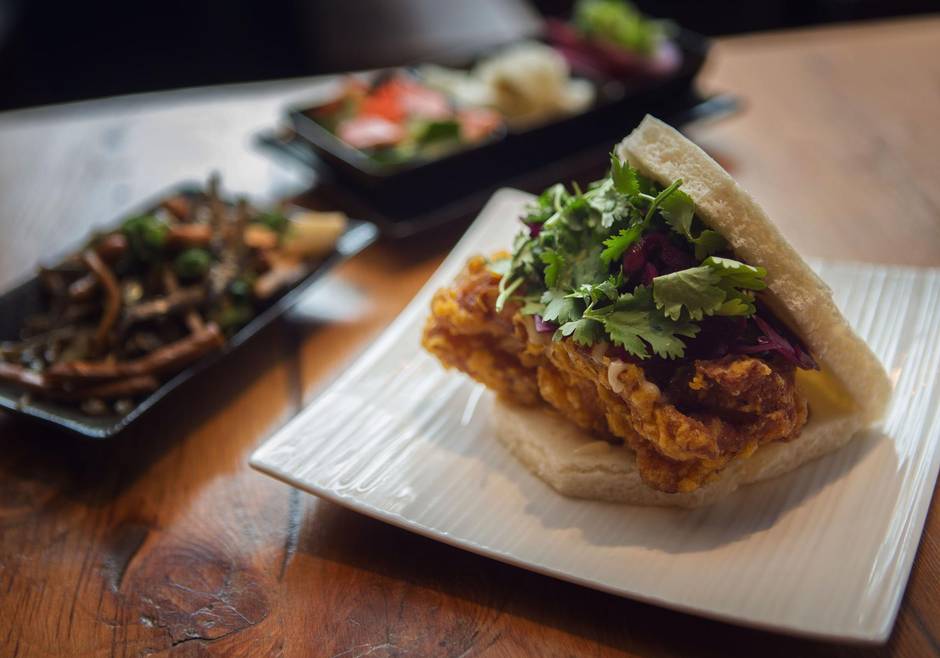