Alexandra Gill
VANCOUVER
Special to The Globe and Mail
Published December 27, 2013 Updated May 11, 2018

After a few fallow years following the Olympic Winter Games, the Vancouver restaurant scene is back in full bloom.

Creativity is flourishing, new neighbourhoods are booming and liquor laws are changing. The best restaurants are distinguishing themselves with exciting new takes on locavorism. It feels like we're all grown up and coming into our own.

Year of the Vegetarian

After years of inexplicable neglect, Vancouver vegetarians were finally given their dining-out due. The sudden surge of meatless restaurants in semi-upscale settings included Heirloom, The Parker, Graze and The Acorn. I actually gave the latter a middling review in late 2012, but since it was recently named one of enRoute magazine's top ten new restaurants in Canada, it deserves a shout out. I hope this award means the laidback Main Street room has reconciled what I perceived as a strange disconnect between wonderfully creative, high-end raw dishes and clumsy deep-fried pub food.

Hawksworth bolted out of its initial conservatism with silky beef tendons and sexy Korean fried cauliflower. Farmer's Apprentice and Burdock & Co., the best of the year's new restaurants, reminded us why sticking to our roots is so delicious.

Of all the disappointments, Forage was the biggest. Chef Chris Whittaker obviously loves local foods, but he needs help bringing his disparate ideas together on the plate. Cuchillo is a model of flabby excess (I only wish other food critics would say what they really think). Oru at the Fairmont Pacific Rim was overthought and undercooked (inexcusable at its high price points).

The wrinkled, thumb-sized, brine-squirting crustaceans excited chefs across the province. They have been harvested by the Nuu-chah-nulth First Nation on the west coast of Vancouver Island since time immemorial, but the new commercial fishery was just approved in September. Rare and delicious (with slightly sweet flavour, a cross between lobster and clam) these crunchy stalks were the unexpected ingredient of the year and could very well become the new spot prawn.

The Mexican firewater lost its worm and gained new-found appreciation as an artisan spirit. Thanks to a few passionate agents, the pit-roasted agave-based distillate was imported in a record number of small-batch varietals.

From L'Abattoir to Hawksworth lounge and every craft bar in between, the smooth smoky spirit was this year's most popular cocktail ingredient.

When a steakhouse – The Roof at Black + Blue – starts serving crispy kale and garlic-mashed quinoa salad as its standard sides, it's safe to say that the gluten-free trend has sunk its fork into lifestyle status. In other parts of the country, most notably Toronto, gluten-free options still aren't widely offered on restaurant menus. Not so in Vancouver, where you can find gluten-free dishes all over the map – from high-end Italian (chickpea pizza at Cioppino's) to sushi (Zen Japanese's soy paper-wrapped rolls).

On the other side of the table, it was refreshing to see several restaurants buck the wheat-free madness. House-baked bread has been an endangered species for years. And it's rare to find a restaurant that no longer charges you for ordering a day-old basket of bakery-bought sourdough. Hats off to Good Wolfe, Earls, Secret Location and Nelson the Seagull for baking their own breads on-site from scratch.

While in no way new, fermentation – an ancient preservation technique that allows natural lactic-acid bacteria to bubble away and create a tasty sourness in food and drinks – thrived this year. From the ubiquitous fermented black garlic (PiDGiN, Burdock & Co., Whistler's Nita Lake Lodge, Tacofino Commissary, ) to stinky cabbage (Wildebeest, Bestie, Ethical Kitchen), cutting-edge chefs all featured healthy probiotic rot. In 2014, I predict that many restaurants will follow in the footsteps of Farmer's Apprentice and Dunlevy Snackbar by offering a daily fizzy, tea-based kombucha.

It may not have been the best dining neighbourhood of the year, but Chinatown definitely proved itself as the most active and promising up-and-comer. Inner-city gentrification gave us the pan-Asian Union, a granola-crunchy ramen bar at Harvest Community Foods, small yet ambitious vegetarian fare at The Parker, indie sweets at The Pie Shoppe, beer and bratwurst at Bestie and free table tennis at the revitalized Chinatown Night Market.

Remember when we were forced to order a platter of chicken wings when drinking at the local pub? Premier Christy Clark has done more than any other provincial politician to drag British Columbia's archaic liquor laws into the modern age. That brewers and distillers can now have consumption-area lounges was a game-changer that opened up a slew of local businesses. The new slate of proposed changes could usher in many happy hours indeed.

Review
The Farmer’s Apprentice: A locavore menu with gorgeous dishes 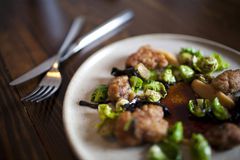 The Sushi Smackdown: Battle of the Zeds 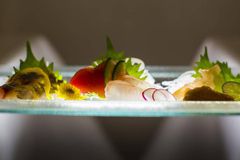 10 tempting treats for the foodie in your life 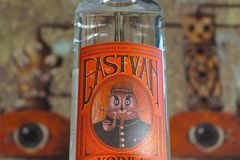 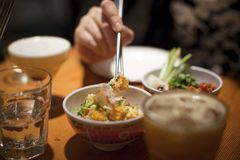 Review
Rotisserie is wonderful – except for the chicken 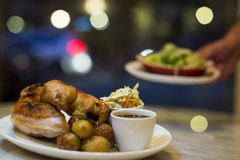 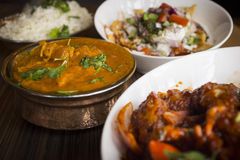 Gooseneck barnacles are worth the thrill 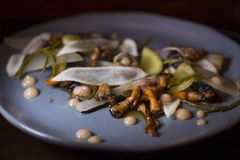