A young child bangs on an upright piano next to the kitchen pass. A couple of creative types, perched on old wooden stools polished to a glossy sheen, sip cocktails at the bar. Several beefy bikers with Hells Angels' patches on their leather vests, wander past the tall front windows, glancing up to admire the handsome renovation of the historic Heatley Block.

It's Friday night in Strathcona, Vancouver's oldest working-class neighbourhood. Despite increasing gentrification – the design studios, the restored heritage homes, the pending condominium crush – the community has maintained a diverse mix and sturdy working-class soul. And now its still-scanty restaurant scene has a new, much-needed, local pub with a similarly eclectic, old-fashioned feel.

The Heatley is the kind of place you can take the kids for dressed-up hot dogs and ice cream, or stop in after work for craft beer and wings. If you live up the street, you might saunter down to catch an acoustic set. Or let's say you're coming from across town in a Porsche (like another couple there that night). It's not a bad spot to impress a date with rosemary-syrup-splashed tequila tonics and a messy plate of finger-licking-good jerk-chicken sliders.

Michael Brennan, a former sous chef at Vancouver's craft-beer-pioneering Alibi Room and a one-time mental health professional, musician and woodworker, is the Renaissance man who gutted an old hardware store and custom-built most of the reclaimed-wood interiors with impressive spit and polish.

You can't help but notice that the guy is seriously into music. There's a banjo on top of the piano and a vintage jukebox against the wall. There will be live entertainment from time to time, and the first DJ night was held last week.

Perhaps less obvious, yet just as telling, is that the restaurant is impeccably clean. From the old pedestal sinks in the washrooms (cutely labelled Pussycats and Tomcats) to the speckled floors and ombre-painted radiator, everything is shiny and spotless. You know what they say about men who are fastidious about neatness … Well, I don't know either. But if he's a chef, chances are good that he also cares an awful lot about his customers and his food.

The fare isn't fancy, but it's homey, relatively healthy and affordable. Most of it is classic pub fare with a few unusual twists. The signature dish is the Heatley hot dog – a plump wiener in a toasted bun, slathered with spicy salsa and topped with smoky hickory sticks, which give it a curiously fun crunch.

There are a couple of dips (hummus three ways and molten-cheese black bean) and seasonal salads. The summer salad is tossed with garden-grown arugula (not clam shell, as evidenced by its yellowed, but nevertheless tasty tips), creamy ripe mango and snappy jicama.

Unusual for a pub, the kitchen doesn't have a deep fryer. Instead, you'll find braised short ribs and pressed, roasted pork belly. Even the wings are baked. Granted, the wings could use a bit more browning time under the broiler. But as pale and unappetizing as they may have looked, the honey-garlic wings tasted great – not too sweet or sticky, with an earthy, rough-chopped garlic bite.

There's a tropical flair to the menu, thanks to the Mexican and Jamaican roots of the kitchen staff. Taut prawn ceviche fanned with avocado and sprinkled with diced cucumber is the perfect summertime refresher. The mole meatballs were slightly dry and overwhelmed by pineapple.

But the spicy jerk-chicken sliders – softly braised and warmly spiced with cinnamon and star anise, dressed with sour slaw between moist cornbread biscuits – are deliciously habit-forming. I would bike all the way across town just for this.

The Heatley very likely will gain a following from outside the hood. That's because it has character, a quality so often neutered away from other shiny new, yet painstakingly over-thought pubs and restaurants.

One of the room's most interesting decor elements is the folkloric black-and-white mural on the wall behind the bar. You could probably spend hours staring at the introspective man in his boat, wondering what the intricately patterned fairytale-like tapestry means.

Or you could simply look up this lovely video interview with illustrator Ola Volo: colla.ca/work/ola-volo-man-and-the-boat/ She tells the story of a man on a beach, who had yearned to return to the city of his childhood and heal the hole in his heart that had ached since he left.

It's a beautiful tribute to Strathcona, an old soul of a neighbourhood on the verge of change. 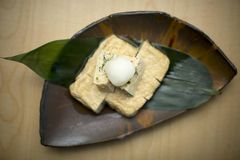 Review
Molli Café: This Mexican taqueria is worth every delicious bite
June 26, 2015 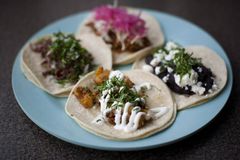