Not all fairy tales have happy endings. Just think of Little Red Riding Hood devoured by a wolf. Or poor Dale MacKay, who recently shuttered his two Vancouver restaurants a year after winning the first Top Chef Canada contest.

But let me tell you the story of a new eatery called Fable that's off to an exceptionally promising start.

There once was a young cook named Trevor Bird. After travelling all over the world (from Truffert in Montreal to an NGO in Peru), he still yearned for a place to call home. As our true reality TV tale begins, he is working as chef de partie at Vancouver's Shangri-La hotel, a corporate environment that makes him very unhappy because he can't exercise his creativity. Or at least this is how he keeps explaining his situation on Top Chef Canada, Season 2.

In the show's early weeks, Mr. Bird appears to be the least confident contender. In one episode, he famously loses his cool when a teammate sends a bowl of macaron batter flying across the studio kitchen. "Why are you still cooking?" he cries, down on his knees, mopping the floor. "And why am I cleaning up your mess?"

Sure enough, it doesn't take many challenges for Mr. Bird to stretch his proverbial wings. After a couple of bright successes – pork-rind-coated chicken drumsticks here, a "wicked" plate of deconstructed spaghetti-and-meatballs there – his fellow contestants begin referring to him as the "dark horse" to watch out for.

So when Mr. Bird announces that he has quit his job to open his own restaurant long before the finale of the pretaped series has been aired, viewers far and wide assume he must have won the $100,000 grand prize.

Ahem. As with any hero's journey, Mr. Bird encounters several obstacles. First, there's the "pitiful" state of the restaurant he has acquired. "I would be embarrassed to work in such a dirty open kitchen," he blogs, calling out the previous (well-known) owners. Who but a Top Chef champion would be this cocky?

Then there's the far more serious matter of missing investors. "Chef looking for front-of-house general manager. Must have money," he writes in a Craiglist ad after a partner backs out.

Fable, a name Mr. Bird came up with for his Top Chef team on the Restaurant Wars episode, begins taking shape. The restaurant's farm-to-table philosophy is cleverly branded with wood beams (reclaimed from the historic Cecil Hotel), rustic shelves lined with mason jars of house-made preserves, a pitchfork chandelier and burnt tabletops charred with blowtorches.

Now, if I were on Restaurant Makeover, I'd suggest he whitewash the fake-brick walls to make the space feel more modern. But all that homey barnyard decor does seem to resonate with Fable's local Kitsilano customers.

Mr. Bird's food is simple, yet exquisitely executed, lovingly sourced and vibrantly seasoned. He seems to have comfortably grown into the role of a calm, controlled team leader heading a happy brigade of wholesome gals dressed in plaid shirts and guys who call you "sweetheart" without sounding offensive. (Although they do lose a few real-life points by serving warm white wine.)

Back on the TV show, even the big, bad head judge Mark McEwan says Mr. Bird showed more progress than the other chef competing in the Top Chef finale. Alas, it is not to be. Our local hero places second, trumped by Toronto's Carl Heinrich.

The kitchen falters slightly when trying too hard. Mr. Bird's deconstructed meatballs tufted with Parmesan foam doesn't squirt with the same delightful juices that so impressed the Top Chef judges.

And Mr. Luk's unset mascarpone cheesecake brings back memories of the raspberry sorbet soup of the Restaurant Wars team. But the macarons on his daily dessert plate (accompanied by luscious mini-pavlovas and divine financiers spread with creamy caramel) are as delicious as they looked on TV.

The moral of this story? Sometimes you don't need to be a reality-show champion to create a winner in real life.

Review
In praise of the movable feast
September 7, 2012 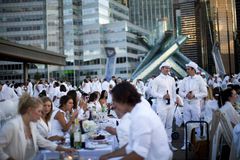 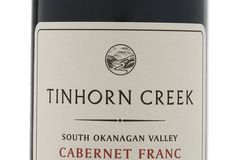