Om! The ceremonial bang of a gong rings out from the kitchen. Another roast duck is ready to be served.

A Chinese chef wearing a starched white jacket and tall toque rolls a metal trolley down the tight centre aisle at Hu Tong, an aptly named shoebox-sized restaurant (hutongs are a type of narrow alley common in Beijing). He trundles up to the table to present the house specialty – a plump, mahogany-lacquered, crispy-skinned Peking duck.

If it looks like a duck, swims like a duck and quacks like a duck, then it probably is a duck, or so they say. This succulent waterbird, however, does not pass the proverbial test. It is not a regular Peking duck, or at least not the kind commonly found in Vancouver's Cantonese restaurants. It is a Beijing Peking duck with a centuries-old preparation, carving method and taste all its own. At $88, it also costs twice as much as most Hong Kong-style Peking ducks around town.

If you have not heard about this rarefied restaurant, quietly hidden behind a bright red door in the leafy west side of residential Kitsilano, it is probably no coincidence. Owner Sun Yu is not terribly interested in courting publicity. He had a tough time opening the restaurant (his first) last year. The chef he had hired from Quanjude – one of Beijing's oldest and most famous roast-duck restaurants, now with 50 locations across China – couldn't obtain a work visa for Canada and Mr. Sun had to do all the cooking himself. After the Beijing chef finally arrived, about six months ago, the menu changed entirely. Word of mouth spread quickly and the small restaurant has been exceedingly busy, primarily with Beijingers, ever since.

Reservations are absolutely essential and the duck has to be ordered at least 24 hours in advance. Even with a reservation, you might be dissuaded from going. On the day of our dinner, we received a call to confirm. The restaurant was very busy, it was explained, and our duck could be sold to someone else if we wished to cancel.

We did not. But nor did we endear ourselves to Mr. Sun when we arrived with an extra person in our party. "I told you I was packed!" he scolded in Mandarin, grudgingly rearranging the table. (Every other table in the 40-seat restaurant was reserved and, over the next two hours, about a dozen would-be walk-ins were turned away.)

Reservations are necessary because Beijing Peking ducks require a longer preparation than the Cantonese variety. Before being roasted (traditionally over an open fire, but here in a convection oven), the ducks are soaked in boiling water, pumped with air to separate the skin from the meat, and glazed with sweet maltose syrup. But whereas Cantonese ducks are marinated (inside and out, with a more assertive five-spice seasoning) and roasted wet, the Beijing ducks are marinated (only on the exterior) and then air-dried on hooks to give the meat a denser texture and gamier flavour.

Does the extra step make a better duck? Well, it makes a different duck, which is also carved and served differently than that to which you might be accustomed.

After rolling up to the table, the chef begins skinning the breast into small squares with a sharply honed cleaver. In Cantonese restaurants, the crisply browned skin is peeled away from the meat and served like crackling with small pancakes for wrapping. Here, the chef leaves a thin layer of red meat attached to the skin, in order to capture all the molten fat sandwiched in between. This part of the duck, a sensuous contrast of snappy crunchiness nuzzled up to melting tenderness, is really quite superior to the Cantonese version. The golden wafers are served with a platter of raw sugar, sweet red-berry jam and mustard sauce for dipping. Skip the sauces, but don't miss the sugar. The tiny crystals add extra crackle and pop against the meat's buttery softness, while the sweetness heightens the fat's umami richness.

For the second course, thick strips of meat – all lined down the edges with thin slivers of crunchy skin – are served with small dough wrappers, slivered cucumbers, julienned green onions and a boozy hoisin sauce blended with what tastes like Chinese wine. (In Cantonese restaurants, the meat is chopped, stir-fried and served with lettuce cups.) Although the Beijing presentation is more generously meaty, this duck is slightly dry and bland. The pedestrian store-bought wrappers are thick, chewy and cold. And the side dishes are served without any utensils, making it difficult for even the most dexterous chopstick users to spread the hoisin sauce.

The third course, duck soup, is a thin, milky broth that tastes like dishwater until you get to the bottom of the tureen, where all the salty (likely MSG-laden) seasoning has settled into concentrated sediment.

The supplemental dishes ordered to round out the meal are more miss than hit. Duck feet, actually floppy deboned webs, have a waxy film and are only lightly larded with hot mustard. Mixed vegetables, apparently a house specialty, is an oddly Western-style salad with romaine lettuce, candied nuts, radish slivers and withered chunks of ready-to-eat baby carrots mixed in a hot-pink sesame vinaigrette. "Special" noodles are merely plain food-court style noodles tossed with a few shrivelled green beans. But the braised lamb, coated with cumin and fried to a tender yet chewy crisp, is very good. Curiously, every dish is garnished with gummy dinosaur candies.

Apart from the duck skin, superb on two visits, Hu Tong is not overly impressive. Beijingers craving a true taste of home might feel differently. For adventurous foodies, the duck is worth trying as a new experience.

But at $88 a duck – cheaper than Beijing, perhaps, but still twice the price of Dayali, a Northern-Chinese chain with an outpost in Ontario – it is still an awfully expensive Vancouver-style extravagance.

Go to Maruyama for entertainment but don’t expect to be blown away by the menu
October 14, 2016
Review
Vancouver pho restaurant Anh and Chi doesn’t live up to the hype
October 7, 2016
Review
Go to Fanny Bay for the oysters, but skip the rest
September 30, 2016 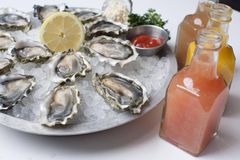