After 95 years, the faded words hang above the main drag here in Olds, Alta.: "Public Lunch Cafe," each black letter embedded with tiny pieces of glass to catch the sun. To Stewart Wong, it still feels like home.

Each morning, the 84-year-old comes through the doors of the Chinese restaurant his great-grandfather opened. Stewart Wong ran the Public Lunch for 26 years, albeit reluctantly. "I was not a restaurant man. My dad was," he recalls. "I hated it." The first chance he got, he sold.

It was over a century ago that Chinese restaurants began to spring up across the Prairies. For families among the first wave of Chinese immigrants, many of whom had worked building the railroad, it was the best, or only, option to make ends meet. Like Public Lunch, those establishments now form the pillar for a new exhibit at the Royal Alberta Museum, Chop Suey on the Prairies.

It's a look at the restaurants and families that became an icon of Prairie towns and served as a foothold for a new Canadian community.

"I hope that the idea this is a Canadian story, this is an Alberta story, comes through very strongly," curator Linda Tzang said.

The restaurants sprang up in the wake of the railway, when Chinese labourers were brought over and paid sub-par wages. A host of policies, including the notorious head tax, limited both employment options and the chance to return home.

"So they were sort of limited to working in service industries. So, that means laundries, grocery stores and restaurants," said Ms. Tzang, the museum's curator of cultural communities.

Mr. Wong's great-grandfather didn't work the railroad, but arrived in Olds, now a town of about 8,000, and started its first laundry in 1898. He soon expanded it to a bakery. Fire razed the building, so they rebuilt the Public Lunch Cafe around the corner, opening it in its current location in 1918.

The first era of Chinese-Canadian restaurateurs worked long hours, but the menus, including Mr. Wong's, weren't Chinese. It was Western food.

"One of the things we asked was what makes a Chinese restaurant Chinese? And in the early years, it was the fact that a Chinese person owned it. Certainly they weren't making Chinese food," Ms. Tzang said.

Soon, though, the menus expanded. Mr. Wong's restaurant added Chinese food just after the Second World War as more restaurants opened in Olds. "We had to expand to serve a different kind of food to keep the public coming, keep the public interested," he recalls.

Chinese food – or a Western version of it – started to take off more broadly in Alberta during the 1960s, Ms. Tzang says, as more Chinese migrants arrived in Canada.

It was in 1970 that William Choy's grandfather opened Bing's #1 in Stony Plain, Alta. He slowly added Westernized Chinese food to a traditional menu that included burgers and pizza. "I think that's just taken off as a subset of what Chinese food is, that Western Chinese food that many people have grown up with, eaten, loved and that they call 'Chinese food,'" the younger Mr. Choy says.

In 1975, the Silver Inn in Calgary was looking for a way to bring in more customers. A husband of one of the owners began toying with a recipe hailing from Northern China and honed in the pubs of Britain, where he'd previously worked. His creation is still on the menu, No. 65: deep-fried shredded beef in chili sauce – or "ginger beef," now a ubiquitously available and popular Alberta dish.

"Chinese food's like any ethnic food," explains the Silver Inn's current owner, Kwong Cheung, the brother of the women who first bought it. "As long as people can sit down and eat, it can solve a lot of problems."

Ms. Tzang's exhibit notes the restaurants were havens for other minorities – early owners couldn't afford to discriminate based on ethnicity. Meanwhile, the restaurants have endured while societal barriers have ebbed. Mr. Choy still owns the restaurant and also serves as the town's mayor. "I think my grandfather would be proud that I am the mayor of Stony Plain now, that I'm able to take what he taught us and pass it down to the new children and grandchildren."

The Choy and Wong families were among those who helped Ms. Tzang prepare her exhibit, which toured small towns, growing steadily before opening at the Edmonton museum this month. Chinese restaurants remain a fixture of small-town Prairie streetscapes, though many owners have moved on. A new wave has bought in, only some of them Chinese.

In Olds, Andrew and Janet Kan bought Mr. Wong's former restaurant in 1998, becoming the third family to own it, they say. That same year, the Town of Olds gave the Wong family a plaque commemorating 100 years of service. The Kans have raised two daughters, both now in university, while living above the restaurant with Mr. Kan's parents. The hours remain long – seven days a week, often morning till night – and the food continues to evolve. Mr. Kan serves the Silver Inn's creation, ginger beef. He and Mr. Wong are close, with the latter providing advice regularly and coming daily for breakfast.

Mr. Wong was the only Chinese kid in his air cadets class, but was Canadian-born and grew up playing hockey (and fighting those who directed slurs at him). He's spent his whole life in Olds and returns to the Public Lunch each day, but is glad to be out of the industry.

"I tell ya, if a guy can run a restaurant, you can run anything. But you had no choice," Mr. Wong says of his great-grandfather's era. "When you come over here, you can't speak the language, you've got no education. What else are you going to do?" 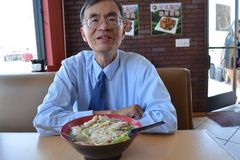 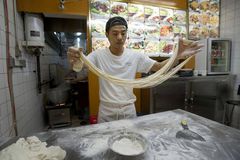 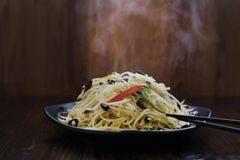 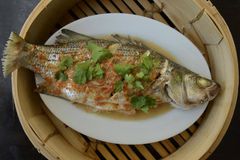 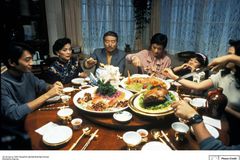